“She was surprisingly in good spirits. Emotional at times during the service but good and tough as usual,” Alexis Houston, who claims to be Whitney’s half-sister, tells The Huffington Post. “I spoke with Cissy this morning at church. I’m not in communication with Pat or Gary," she said, referring to Whitney’s brother and his wife, who both attended Davis's party in LA at the Beverly Hilton, the same hotel where the singer died a year ago.

On Thursday, Cissy, 79, responded to Davis's invitation to his pre-Grammys party. Although Davis was her late daughter's mentor, Cissy told "Access Hollywood" that the invitation was “obscene.”

“Clive's party could have been moved, but I guess the venue is legendary and he does have a loyal relationship with them,” says Alexis. “We celebrated this [Sunday] morning at New Hope Baptist Church [the same church where Whitney’s funeral was held] with a commemorative service.”

Alexis is no stranger to controversy. In 2010 she held a press conference with Gloria Allred to deny reports she was having an affair with "Today Show" host Matt Lauer. The New York Post reported in 2010 that Alexis was born a man, and used to be called Wellington Houston, something Alexis denied at the time. 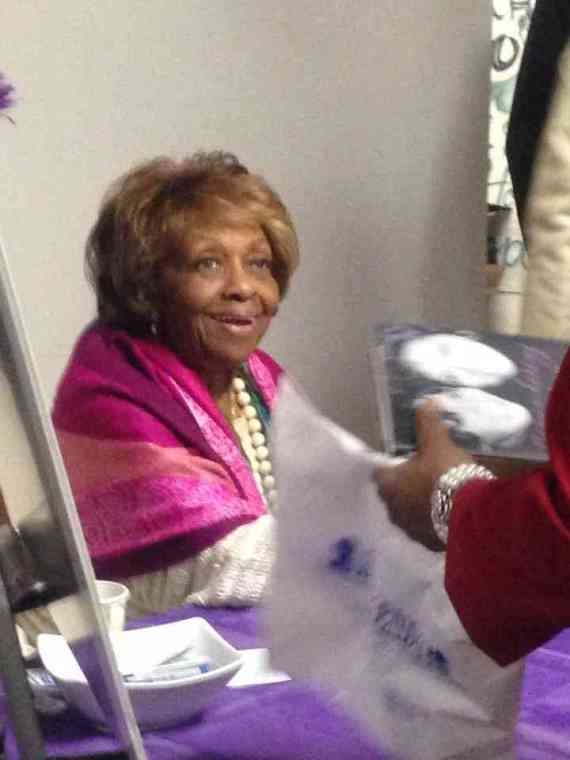 1 / 24
Singers Whitney Houston (L) and Dionne W
Singers Whitney Houston (L) and Dionne Warwick perform onstage during the 2011 Pre-Grammy Gala & Salute to Industry Icons, with Clive Davis Honoring David Geffen at the Beverly Hilton on February 12, 2011. The event, on the eve of the 53rd Annual GRAMMY, honored Geffen Records founder and DreamWorks SKG co-founder David Geffen who was presented with the President's Merit Award in recognition of his significant contributions to the music industry and the impact his efforts have had on music and the business of music. AFP PHOTO / Mark RALSTON (Photo credit should read MARK RALSTON/AFP/Getty Images)
Getty