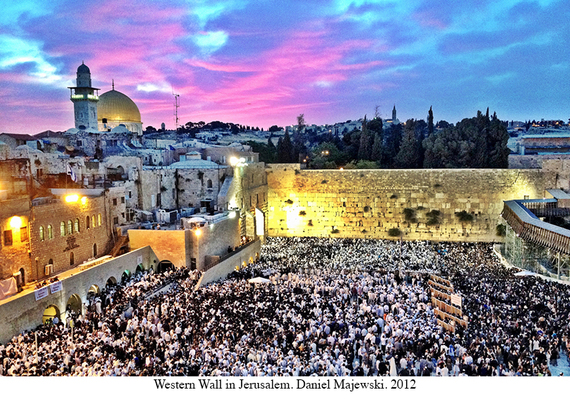 So, Memorial Day is over. But, some memories continue to linger. I keep thinking about an intriguing article I read in yesterday's New York Times op-ed section by T.M. Luhrmann, which asks the question, "What gives certain places their extraordinary power to move people so deeply?" It starts with a story of a teenager who went to Jerusalem. "There he met God... he had an experience so remarkable, so terrifying, so powerful... Jerusalem has this effect on so many people that experiences like this have a name: Jerusalem syndrome." 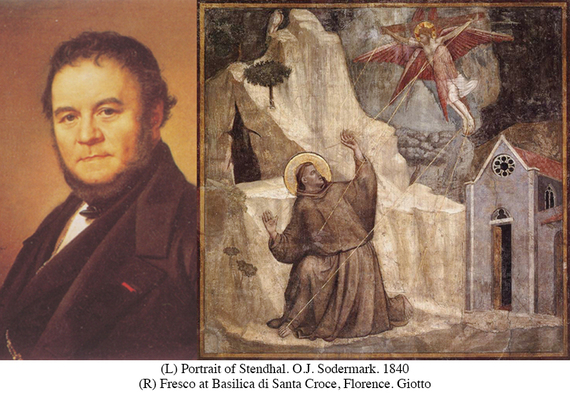 Then, the article mentioned the so-called Florence syndrome, which brings many visitors to their knees in the Uffizi Gallery. But, actually, the more accepted description for this phenomenon is the Stendhal syndrome, named after the famous French writer, who saw Giotto's frescoes in the Basilica of Santa Croce in Florence, and was overcome with emotion. He wrote, "I was in a sort of ecstasy... I had palpitations of the heart... life was drained from me. I walked with the fear of falling." 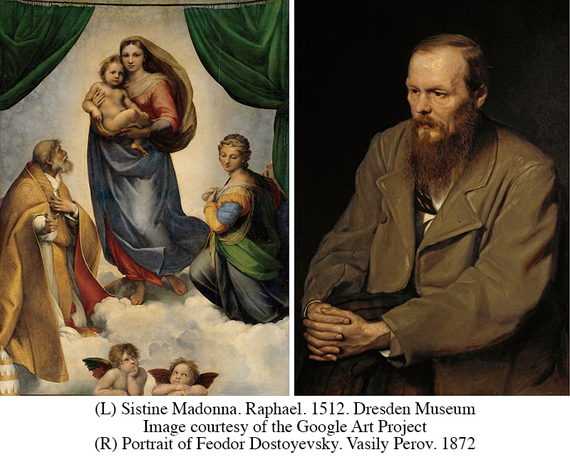 So, all of this makes me think of the famous Russian writer Feodor Dostoyevsky, who, during his visit to Dresden Gallery, dropped to his knees and started to cry in front of the famous painting, Sistine Madonna, by Raphael. All his life, he had admired this painting and kept a black-and-white lithographic reproduction of it in his apartment in St. Petersburg. Many years later, confronting the original painting in person, he experienced rapture.

I haven't read anything about a "Rome syndrome" yet, but my first experience with this city made my heart palpitate when, as a teenager, I saw the Hollywood movie, A Roman Holiday. For us living in the Soviet Union, to travel to Italy was virtually impossible. Yet, there I was, along with Audrey Hepburn and Gregory Peck, climbing Spanish Steps and driving a Vespa by the Coliseum. I was in heaven.

Many years later, during my emigration, I found myself living in Rome, continuing to be in awe of this Eternal City. 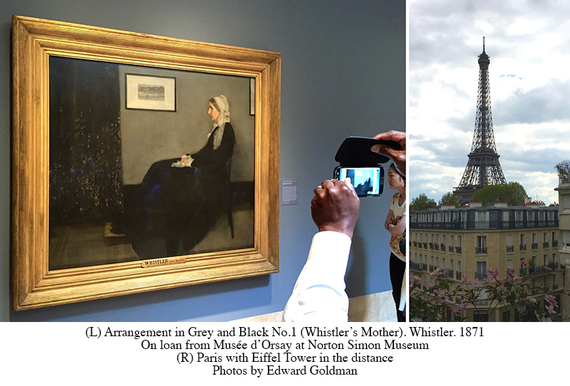 And last, but not least, let me mention Paris syndrome, which, according to the New York Times article, Japanese tourists experience when they arrive in the City of Light. Wikipedia mentions that there is a 24-hour help line run by the Japanese embassy to help tourists suffering from this condition, viewed as a severe form of culture shock. Luckily for me, my recent trip to Paris was pure joy.

Yesterday, I stopped by the Norton Simon Museum, to see a small exhibition of rare paintings on loan from the famous d'Orsay Museum in Paris. One of them is Arrangement in Grey and Black No.1, by American artist Whistler. This painting, commonly known as Whistler's Mother, is one of the iconic artworks of the 19th century. And to see it, here in LA, is a rare treat. 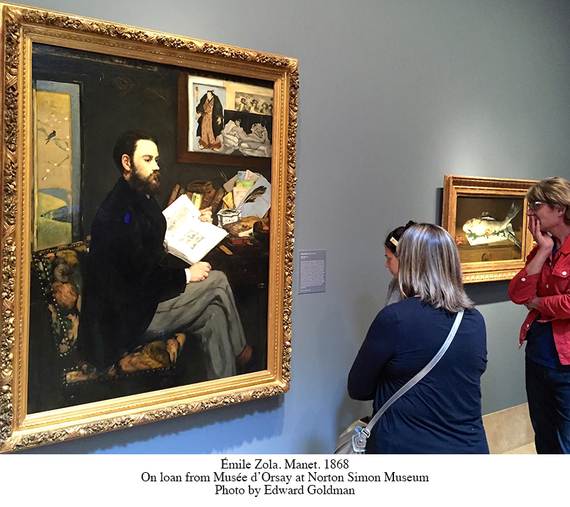 Next to Whistler's painting hangs another jewel on loan from Musée d'Orsay - a portrait of the French writer Émile Zola, by Edouard Manet. The young writer wrote a passionate essay in defense of Manet, who was rejected from participating in an official Salon in 1866. And now, all this is here for us in LA.

So, my friends, treat yourselves to a taste of Paris at the Norton Simon Museum - but, be warned, the emotions might overwhelm you.