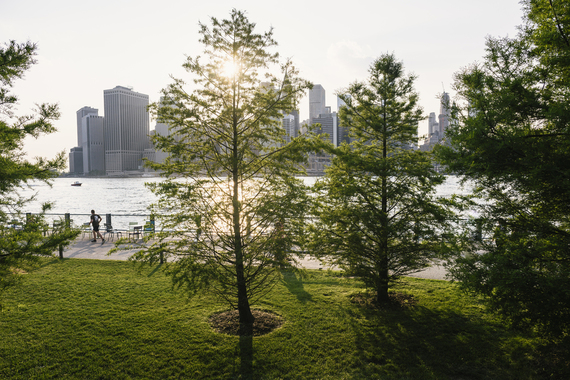 We are in the midst of one of the greatest human migrations that our world has ever seen -- that of humanity from rural areas into cities.

In China alone, 400 million people have already made this transition. Towns that were once fishing villages grew to megacities with 10 million or more inhabitants in just 30 years. This trend is happening on every continent.

By 2050, it's estimated that three of every four people on Earth will live in cities, with many of them settling in these mega-urban centers. Michael Bloomberg recently referred to this century as the "era of cities."

For 60 years, Sister Cities International has worked in cities, encouraging mutual respect, understanding and cooperation across cultural and political differences by bringing together the residents of cities on opposite sides of the world.

Now, these relationships can help our world address one of the most daunting challenges we've ever faced: Climate change and sustainability.

Our global population is both growing and urbanizing at unprecedented rates as our changing climate exacerbates extreme weather, disease, and water and food shortages.

It's a frightening prospect. But I'm not dismayed because I see cities taking action every day.

Mayors are leading in addressing climate change, acting with a nimbleness that's impossible for even the best-intentioned national governments. At last year's COP21 climate meeting in Paris, thousands of city leaders met to share ideas.

Cities have always been centers of innovation, and today, urban leaders are inspiring one another to new heights of sustainability.

Bike shares have grown from a handful of European cities to hundreds around the world. Linear parks like Seoul's Cheonggyecheon Stream, Boston's Rose Kennedy Greenway or New York's High Line, that replace outdated transportation infrastructure, have city planners scrambling to develop the next great urban park.

Just picture what Boston, near my home, could learn about new strategies for building green from its sister city of Barcelona, Spain. Imagine the conversation about the challenges of sea-level rise that Boston's leaders could have with its sister cities of Taipei, Taiwan and Praia, Cape Verde.

And cities bring together the full diversity of humanity. Only by tapping the imaginations and the skills of all people, will we be able to forge a sustainable future for the planet. Our coming cities century can transform how we live in urban areas, for the good of nature and to the great benefit of people in cities.

Cities need nature, and nature needs cities. Nature can protect cities from natural disaster, by providing new solutions for managing water, cleaning the air and cooling our streets. Nature can make the lives of city residents better, improving their health and wellbeing.

The billions of people who live in urban areas have the collective power to change our environmental future, by developing resilient, livable and flourishing cities where nature is an integral part of their daily lives.

This is an audacious goal, but it's one that we can accomplish together, as brothers and sisters.

Congratulations to Sister Cites International on six decades of mutual learning and respect: The world needs your spirit of cooperation now, more than ever.

Pascal Mittermaier is the Managing Director of The Nature Conservancy's Global Cities program, where he works to build resilient, livable, flourishing cities around the world. He tweets at @pascalmitter and his writing is archived at https://global.nature.org/experts/pascal-mittermaier .