BOGOTÁ -- People are often so used to a dreadful situation that they see nothing wrong with it. Less than 100 years ago, women could not vote; such a situation was widely accepted. Similarly, today, we are so used to our cities that we aren't aware of potential life-changing improvements that can be made.

I hope in 200 years people will say: "How could people live in those horrible cities back in 2015?" Our human habitat today is not just a little bit wrong. It is very wrong. Hopefully, there will soon come a radical paradigm change in what cities and urban life should be like. A city, after all, is only a means to a way of life. More than ever, life happens outside the home, rather than inside it: a good city can make life happier regardless of a society's level of economic development.

What is wrong with our cities today? First, we live in fear of getting killed. We tell a 3-year-old child: "A car!" And the child jumps in fright. With good reason: tens of thousands of children are killed by cars every year. Why do we think there is nothing wrong with children growing up in danger of getting killed?

"How could people live in those horrible cities back in 2015?"

We have had cities for more than 6,000 years. Until very recently, a child could walk without fear anywhere in them. In 1900, nobody was killed by a car in the United States. . .because there were no cars. Just 20 years later, as Peter Norton, a professor at the University of Virginia, found in his book "Fighting Traffic," more than 200,000 people were killed by cars. In 1925 alone, cars killed about 6,000 children. Cities and life in cities had changed. We should have started to make cities different to accommodate cars, where every other street would be for pedestrians only, for example. But instead we just made the streets bigger and bigger.

It is a truism to say that cities are for people. The urban challenge for the next few decades is to truly make them so, by doing things like turning half of every road into pedestrian-and-bicyclists-only space, or making every other street usable only by walkers and cyclists.

Much of the discussion about our urban future will probably refer to the distribution of that most valuable physical urban resource: road space. Democratically, every citizen has an equal right to road space, regardless of whether he or she has a car or not. How should road space be distributed between pedestrians, bicyclists, public transport and cars?

In a few years, it will probably become clear that parking is not a constitutional right. Street parking may be progressively eliminated, with the extra space turned into larger sidewalks and bike paths. Hopefully, protected bike paths will become more than a cute architectural feature -- like sidewalks, a fundamental right for urban residents. And every street will have them. Anything less would imply that only those with a motor vehicle have a right to mobility without the risk of getting killed.

"It is a truism to say that cities are for people. The urban challenge for the next few decades is to truly make them so."

If all citizens are equal, as constitutions trumpet, a bus with 80 passengers has a right to 80 times more road space than a car with one passenger. And from a technical perspective, exclusive bus lanes are the most efficient way to use scarce road space. Soon, hopefully, public buses will never be in traffic -- they will have bus-only lanes instead.

Urban highways are like poisonous rivers, next to which human beings cannot stand or walk. They are also obstacles that enclose people, like fences do to cows, and lower residential values. Let's put urban highways underground and create parks on top of them. Or else turn them into boulevards with traffic lights, large sidewalks, trees and buildings with attractive facades.

Hopefully, future cities will be more effective in making all citizens feel equal and included. Democratic principles like giving priority to public good over private interest will not simply be paid lip service. For example, waterfronts in urban and suburban areas -- unlike, say, Long Island Sound -- won't be private and exclusive and will have pedestrian infrastructure for all to enjoy.

"Let's put urban highways underground and create parks on top of them."

That a property near a park should have a significantly higher value is evidence of a dearth of parks. Many cities in developing countries, and particularly their poorer areas, are largely devoid of parks. Even demolitions will be needed in order to create parks to provide citizens the necessary public green space.

More than 80 percent of the cities in developing countries that will exist in 2065 have not yet been built. What has yet to be built could be different and better than all existing cities.

But it is not just developing country cities which are growing fast. More than 58 million new homes need to be built in the United States over the next 40 years, according to my most recent calculations; that's the amount of homes which exist today in France and Britain added together. Where will those homes be built? And how?

Will they be built in increasingly distant suburbs? Will they be downtown high-rises, out of which children will walk onto narrow sidewalks and large and dangerous streets? Will it be possible to turn inner suburbs into high-density environments?

The benefits of density are well known, but most people do not want to live in environments like Manhattan or Hong Kong. An urban challenge for the next few decades will be to create dense cities which offer much more of what people seek in the suburbs: green parks and safe and car-free spaces for children to ride bicycles.

Bogotá, where I was mayor from 1998 to 2001, is a very dense city, but we made more than 60 kilometers of greenways and bicycle highways. Why is this not more common? We need cities in which every other street is a greenway with formidable pedestrian and bicycle infrastructure. Through some of these greenways there could be busways or tramways.

In future cities, walking or riding a bicycle will not only be safe, it will also be a pleasure. High-quality, fast, frequent and comfortable public transport will be ubiquitous. 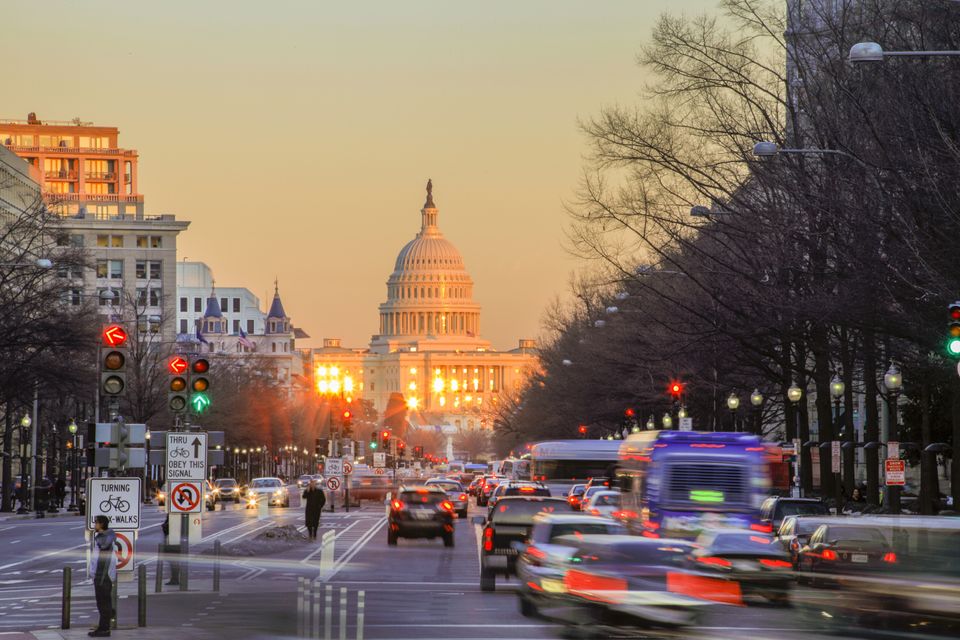 1 / 10
1. Washington, D.C.
The National Museum of African American History and Culture opens in 2015, at which time it will be America's only national museum devoted to African-American culture.
Richard Nowitz/Getty