The phrase "Million Dollar Listing" evokes ultra-wealthy house hunters, searching for lavish mansions that are out of reach for the reality show’s typical viewer. But dropping a million bucks on a home could become the new normal in a number of U.S. cities.

Real estate site Trulia released a report Thursday ranking the metro areas that have had the largest increases in the share of million-dollar homes since 2012. California communities -- particularly in the Bay Area, where there’s a rapidly mounting housing crisis -- dominated the list.

More than 57 percent of the houses in the San Francisco metro area are valued over a million dollars as of this month, according to Trulia. They made up less than a fifth of the market in 2012. Here’s how drastic the change has been (on the map, one dot represents one million-dollar property):

For comparison, nationwide, the share of million-dollar homes has increased from 1.6 percent in May of 2012 to 3 percent this month.

Trulia’s data includes single-family homes, condos and co-ops and represents about 90 percent of all the properties in each market, whether or not they are for sale. Their home value estimates are determined using a combination of listing prices and recent sales in each market.

Close behind San Francisco is San Jose, where 46 percent of homes are valued at a million or more, up from 17 percent in 2012.

At $970,000, the San Jose metro area currently has the highest median home sale price in the country, according to a National Association of Realtors’ report from this month. A family would need an income of $180,000 to qualify for a mortgage for the typical San Jose home, as well as the savings for a 20 percent down payment, it says.

The Oakland, California metro area came in at no. 3 in Trulia’s rankings, with the share of million-dollar homes almost quadrupling. Just under a fifth of Oakland homes now cost a million.

Renters in the Bay Area face similarly steep costs, making it that much harder to save for a six-figure down payment. It’s no wonder that most local millennials don’t know if they’ll ever be able to buy a home and that a third of residents want to move away, citing the steep price of housing as a main factor, according to a survey released by the Bay Area Council earlier this month.

As prices climb and Silicon Valley continues to attract more high-earning tech workers than the housing supply can support, officials in cities like San Francisco and Oakland are trying to hold on to the residents who are being priced out -- despite six-figure household incomes.

"We've had an ongoing affordable housing crisis in the Bay Area, and now we're at a critical level,” Amie Fishman, executive director of the Non-Profit Housing Association of Northern California, told the Mercury News last month. “Teachers and other core professionals are not going to be able to live in the community."

Four of the other metros in Trulia's top 10 are in southern California. In Los Angeles, ranked fifth, the share of million dollar homes doubled from 8 to 16 percent over the last four years.

Across the country in New York City, finding affordable housing is a constant struggle for many residents, and apartments going for a few million are commonplace. But the New York metro area as a whole was only ranked eighth on Trulia's list. About 12 percent of homes are worth a million or more, up from 7 percent in 2012.

However, home values skew much higher in the city proper. The Trulia report highlights Bedford-Stuyvesant, a historically black neighborhood in Brooklyn that has experienced a wave of gentrification. Fewer than 2 percent of homes there topped a million in 2012; now, more than half of the neighborhood's houses are valued at over seven figures.

Below, see the top 10 metro areas where million dollar homes are quickly becoming standard. Find the rest of the list and breakdowns by neighborhood on Trulia's site.

Million-Dollar Homes Are Taking Over These U.S. Cities At An Alarming Pace
11 Great Cities To Move To That You Haven't Thought Of Yet 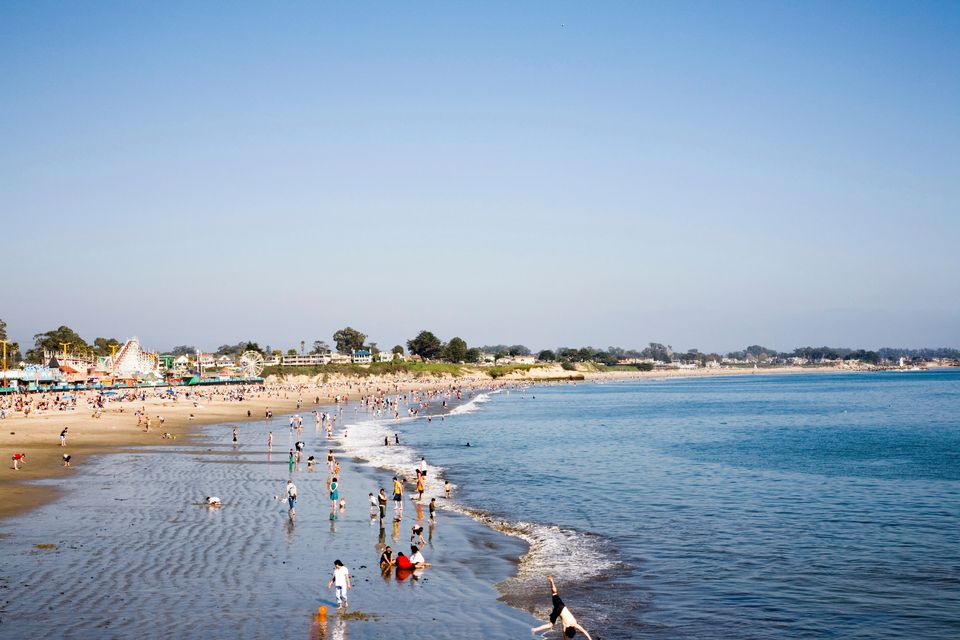 1 / 11
Santa Cruz, CA
You thought that&nbsp;was a photo of Santa Monica, didn't you? Nope, it's Santa Cruz, the relatively small California city with a BIG personality. Santa Cruz ranked #1 for Arts and Entertainment on the AIER index, with <a href="https://beachboardwalk.com/" target="_blank">one of the&nbsp;country's best-kept boardwalks</a>&nbsp;as well as&nbsp;<a href="https://www.tripadvisor.com/Attractions-g33048-Activities-Santa_Cruz_California.html" target="_blank">quaint museums&nbsp;and movie theaters</a>&nbsp;for when you're not surfing.
slobo via Getty Images