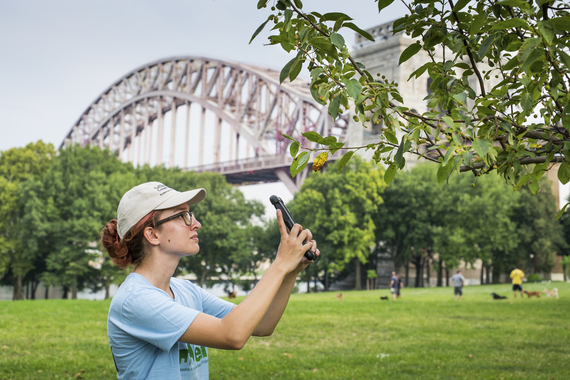 Orlando Raez has been working in city planning since 2004, but he's been thinking about environmental issues and the relationship between cities and nature for much longer. An early interest in nature led Orlando to apply to The Nature Conservancy's LEAF program (Leaders in Environmental Action for the Future), which provides paid summer internships for high school students and helps educators from environmental high schools share best practices and scientific resources. That experience influenced his decisions to study environmental policy and eventually pursue a career as a city planner in southern Florida. Now he's hoping to take some of his environmental concerns into the political sphere as he launches a campaign for mayor of Hollywood, Florida. I recently spoke with Orlando about the connections between cities and nature, the role of education and youth programs, and how The Nature Conservancy (TNC) can support cities working to engage their citizens in environmental issues.

Pascal Mittermaier: Tell me a little bit about your experience with the LEAF Program.

Orlando Raez: I'd learned about environmental issues at school and from television programming growing up, but I never had much opportunity to experience the natural environment in meaningful way. When I heard about LEAF, I took advantage of the opportunity and I spent a summer living in Altmar, NY, just north of Watertown, NY. It's a small town, a farming community. My job was to team up with TNC naturalists to learn about invasive plants affecting natural habitats and work on some of the invasive eradication measures.

PM: Did spending that time in a rural setting change your views on living in the city?

OR: Sure. I gained a greater perspective about where New York City sits geographically and its relationship to the natural environment. When people turn on the tap in NYC, many likely don't think about where drinking water comes from, but I learned firsthand that it comes from Upstate, near the Catskill Mountains, a well-protected natural area.

That experience taught me that resources don't always come from the city you're in; they come from external sources--from nature--and because of that we have to protect those sources. Not only for their own sake ... but for people's sake. Getting to know the history of how we connect with natural resources and our dependence on them influenced my understanding of city life--we're not in a bubble, we depend on so many other things.

PM: And this ended up being an influence on your college and career choice?

OR: One Conservancy staff member I met told me about his career and the college he went to, and it was really because of him, and some of the other staff members, that I went to the SUNY College of Environmental Science and Forestry in Syracuse, NY. While there, I was highly influenced by environmental policy classes, which helped define my career further as I learned about the environmental movement of the 60's, the champions of the movement, and the relationships forged between preservationists such as John Muir, who founded the Sierra Club, and political leaders like President Teddy Roosevelt, who saw the value in protecting wilderness through National Parks. I learned that it takes someone who has an environmental conscience and awareness to influence our leadership and policies.

I was also deeply influenced by my college courses where I learned about how industries had polluted the natural resources that many cities depend on through years of unregulated waste. When I learned about the history of Love Canal, NY, where an entire community had gotten sick from years of industrial waste entering the local drinking water supply, it was saddening, and what really struck a chord with me was the heroism displayed by of one courageous mother, Lois Gibbs, who stood up to the industry and to the local authorities and demanded safe drinking water. Lois went to the media and told her story, and went after the local politicians to gain support. Lois's efforts had local and national effects, leading to significant changes and environmental cleanup within Love Canal, as well as the launch of the federal Superfund program and the founding of the nonprofit Center for Health, Environment & Justice, which still works for environmental justice for communities around the nation today.

Lois Gibbs and other people like her really influenced how I thought about ordinary people doing the right thing for their community. In a way I feel like that influenced my desire to become a city planner. Over the last decade, I've had the privilege of speaking to people across the nation about their vision and goals for their communities. I've helped them realize those visions through my training and education [as a city planner]. Sure, I've worked alongside scientists, engineers, building officials, architects and politicians, but it is the people that truly have the power to shape their communities. I have a great understanding of how policy decisions, including inaction, can affect multiple generations. It's important to have seventh-generation thinking for the benefit of society. 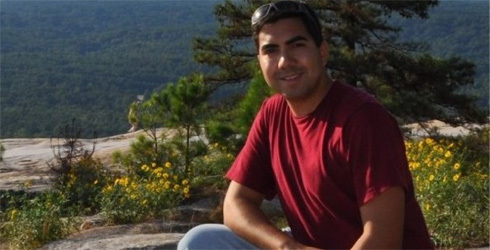 PM: How has this influenced your planning work in southern Florida?

There's a disconnect between people and the wild. We have active wildlife like alligators, bears, and the Florida panther that are now competing for habitats with people who are encroaching through suburban sprawl. I think that when people buy real estate, they don't tend to ask if an alligator is likely to go swimming in their pool. People are looking for affordable housing, and unfortunately that's near wild lands such as the Everglades. I know there are alternatives to affordable housing that can persuade people to return to the city centers.

PM: So how can cities get their citizens more engaged with these issues?

Today's youth has had more exposure to these issues than previous generations. The Nature Conservancy is definitely a big player with the work they're doing in engaging youth through LEAF, and a lot of other agencies and nonprofits have developed educational avenues in schools, educating children about environmental science and practices, ensuring that the lessons we've learned as a society move forward and enrich their understanding.

I think that's the key--educating kids at a really young age and continuing that until they go to college. If they're interested in environmental science or some career that helps protect the environment, that's up to them to pursue. But if not, they can still be good stewards of the environment through their daily practices, whether that's recycling, educating their families about these issues or affecting local decision makers through voting.

PM: How can The Nature Conservancy initiatives support these efforts?

Keep educating children, so they can grow up with a deeper environmental ethic, and so they can influence their parents about how their daily routines affect not just them, but their local community and even the global community.

My parents came from other countries--Peru and the Dominican Republic. When immigrants come to this country, usually the first thing they are looking for is just to provide a better opportunity for their kids. I remember seeing television programs as a kid about environmental protection, where one particular episode focused on drinking water; I asked my parents to turn off the tap when brushing their teeth from then on. It's a small thing, but important--what I learned helped them realize the connection to a place a world away near the Catskills where our tap water came from. As my interest in this area progressed, my parents came to understand and encourage what I was doing. They had come to this country to provide me with opportunities, so when it came time to leave for a summer to work with the Conservancy through the LEAF program, they couldn't have been happier.

During my high school years in New York City during the mid-1990's, recycling was a fad, then it became law, and now it's just a part of everyone's daily routine. Things have definitely changed and the city is better for it. The population will continue to grow, but it's becoming more educated about these issues, because of what organizations like the Conservancy do, and because of what they see around them--the tree-lined streets, the parks, clean sidewalks, recycling bins and alternative transportation choices.

The Nature Conservancy and others are doing a great job reaching out to as many people as possible--if not for that, we'd continue with the same policies of the last fifty years, instead of progressing toward a more sustainable way of living like we are today. I know we still have a long way to go, but if you look at history, we're a lot better off. I hope that the Conservancy continues to offer this LEAF program because it forever impacted my life in a positive way.

Pascal Mittermaier is the Managing Director of The Nature Conservancy's Global Cities program, where he works to build resilient, livable, flourishing cities around the world. He tweets at @pascalmitter and his writing is archived at https://global.nature.org/experts/pascal-mittermaier.