A couple of months ago, I wrote about my dismay concerning the proposed reverse stock split of AIG to a ratio of twenty to one. What was on the table was a drastic diminishing of stockholder shares to one twentieth of what they owned in order to prop up the price of the stock by a multiple of twenty.

What happened, as I predicted, was a run to sell the stock. Almost instantly the price, which had briefly been augmented twentyfold to $23 from $1.16, fell to $18 and within a week was down to around $9. I was lambasted by some "in the know" who said that the stock was trading too high even in the mid-one dollar range and would have fallen eventually to a berth more suitable to its actual worth.

But it all seemed a bit coincidental and many pundits on CNBC and in the Wall Street Journal echoed the point I was making that short sellers came on board and drove the stock way, way down to a level that at the old reverse stock split rate would have been 45 cents. Would such a dive happened naturally, without news of something disastrous happening in the company? I think not.

And interestingly, AIG's second quarter results have lately been quite good and have contributed to a drastic rise in AIG's price, closing at $27 on Friday -- which translates to about $1.35 under the old system. Their new management team, led by retired Metropolitan Life chief Bob Benmosche, on top of better business decisions made in recent months, makes the future look quite a bit brighter. Would that those of us who once had twenty times more stock might have slowly moved upward at greater multiples of advancement. 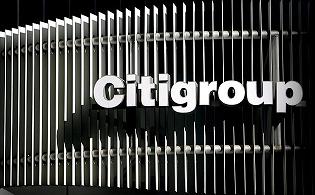 Now, Citigroup has sent stockholders a proxy that, among other things, proposes a reverse stock split in seven possible different ratios: 1:2, 1:5, 1:10, 1:15, 1:20, 1:25 and 1:30 to be later determined by the Board of Directors. The difference between the AIG decision and this one is that Citigroup is telling us that it might or might not do the deed and is merely asking for our consent.

It specifically indicates the downside to such a split and "assures" us that the Board of Directors will take into account the market at the time, while cajoling us to vote for this catch-all reverse split possibility because it will somehow increase the attractiveness of the stock, in particular to institutional investors who don't like to buy stock priced at a low rate.

The problem is that Citigroup has recently been doing fine and, after stumbling a bit in the last couple of weeks, has regained its footing and, after closing Friday at $3.85, looks well on its way to getting above the five dollar base required for institutional investing. Not to mention the initial horror story of AIG in the recent background. Does anyone think that the minute Citigroup does a reverse split that there isn't going to be a pounding down of the stock? Not to mention financial reports on CNN's Anderson Cooper, NBC, CBS, ABC, Fox News, MSNBC and tweets on Twitter expressing the almost universal consideration that it is a faux move designed to trick everyone into thinking the stock is more viable. A naked attempt that will be joked about over morning coffee and Facebook accounts in the vein of "Who are they kidding? They're clearly in trouble" sort of thing.

While it's encouraging that the financial experts have told us that the reverse stock split is on the Citigroup backburner, such a vote request at this time doesn't inspire confidence and is totally unnecessary. For God's sake, let the company continue to mend and slowly work its way back to financial health without methods that are historically unhelpful to the stock value and ultimately to the shareholders who bought the stock in good faith.

If you have not done so, I would urge Citigroup shareholders to read the proxy statement carefully and vote the reverse stock split down.