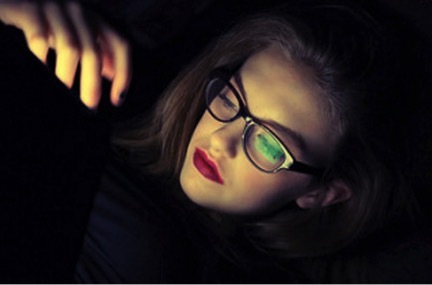 Sometimes macro level policies like those targeted at climate change, can feel unwieldy for every day citizens to effectively engage with and understand. However, there is an emerging range of tools -- from open data to do-it-yourself science -- that can more tangibly connect citizens with the science policy that impacts their daily lives. President Obama has often called for an "All-of-the-Above" energy strategy. Such an approach must seek the advice and support of multiple stakeholders including the private sector, as former Treasury Secretary Paulson noted in his recent New York Times op-ed. Additionally, citizen science is an increasingly popular way for ordinary citizens to engage with science across a variety of subject areas and mediums.

The Obama administration has championed the release of open and easily accessible energy usage data as way to engage the innovativeness of the public. The Green Button is an industry led, government supported, initiative to provide citizens with secure and necessary data on their energy in the form of smart phone applications, personalized energy-efficiency tips, and interactive visualizations aimed to contextualize information. The government has spurred innovators to use APIs to make engaging apps, with agencies such as the Department of Energy hosting "Apps for Energy" contests.

Another area of science that has recently grown rapidly is citizen science, where members of the public participate in scientific research to meet real world goals. Cornell's Lab of Ornithology defines citizen science as a form of research where "members of the public engage in the process of scientific investigations: asking questions, collecting data, and/or interpreting results." These efforts are happening on the federal, state, and local level and are increasingly gaining the attention of civic innovators. The Commons Lab of the Wilson Center's Science and Technology Innovation Program has been a leader in the exploration of how citizen science, and other mass collaboration approaches, may be used to support science and public decision-making.

Some of the most popular projects feature diverse partnerships and implement an innovative and fun approach. For example, NOAA, National Archives and Records Administration, Zooniverse, and others teamed up to go through old British ship logs from the 1850's through World War II in the "Old Weather" project. The project uses volunteers to digitize and make old weather records machine-readable to track climate shifts over time. Starting in 2010, volunteers have transcribed weather observations from British Royal Navy logbooks in record time - work that would have taken years for a single individual. The project uses social media, with volunteers updating their progress and offers the reward of promotion to "captain."

Citizen science efforts are also increasingly occurring on the local level. Public Lab has a balloon and kite-mapping platform that anyone can use to make his or her own maps. New York Public Radio (WNYC) is engaging people to track their sleep data and share best practices. While the examples are diverse, they all aim to make science more accessible to people in their daily lives. A combined, cross-sector approach focused on citizens is necessary. The results can be more citizens engaged in the critical science policies that impact our society.