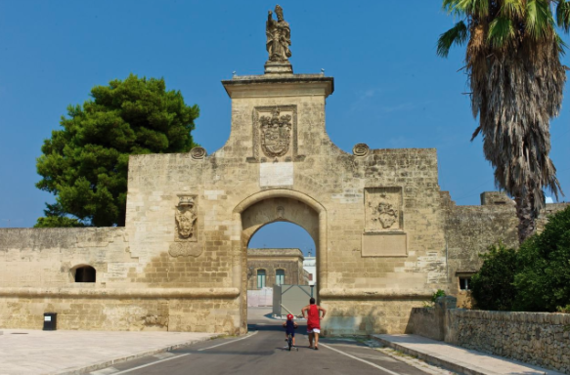 A year of political obsession with walls along national borders has me contemplating city gates of the past and present.

In a time of urbanization, refugee and "arrival cities," as well as metropolitan regions with multiple urban centers, could a city provide an entry differentiating itself from its barrios, suburbs and exurbs?

If so, what form would this entry take, or would it have any form at all?

The signature, historic, feature of urban grandeur--the city gate--was once the point of access to and from walled cities. Biblical passages champion the gate as the entry to the public domain of street and square---a physical manifestation of municipal power and defense---often through the ornate decoration in plain view of passers-by.

Gatekeepers granted passage to those deemed safe from a military, health and economic perspective.

In older, world cities, remaining physical gates are ornamental artifacts, amid today's urban geographies. Newer cities did not need gates or walls, yet, ironically, public art sometimes remembers a history that never was, and cities like New York bestow the Key to the City as a symbolic gesture in honor of civic contribution. 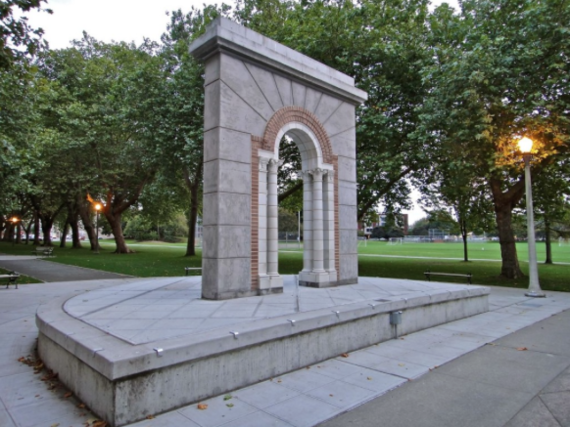 Seattle: The city gate from the history that never was

With gate-less cities came less restricted gateways. While the historic, defensive city gate may be lost with time (with the exception of "gated community" residential enclaves, security-based, but often seen as inequitable), monumental structures such as epic skyscrapers or reinvented natural features are still oriented around invitation and the prestige of arrival.

But the new gateways are more diverse and broad-based than iconic development projects. They range from simple welcome signs to airports and seaports, which frame regional commerce, and implement immigration policy and security scans.

Gateways are also the art and sculptures commissioned for light rail stations and transportation hubs. They are web pages and twitter feeds which message events and services---with geographically driven, alternate menus based on the location of a smart phone or tablet device.

Today's gateway may even be a first, virtual visit by Google Street View mouse clicks from across the world.

Given the diverse evolution from gates to gateways, from cities to regions and the sometimes virtual nature of place itself, arrival and departure have new meanings. A physical gate may be no more than nostalgia.

Or, in the end, even in this age of ubiquity, maybe nothing has changed. In this political year, some among us still need tangible structures to assert the power and defense of times gone by.

Images composed by the author in Acaya, Puglia, Italy, and Seattle, Washington.

Based on an earlier essay by the author in Sustainable Cities Collective in 2011.