It gets under your skin and goes to your head. And we're not just talking about the stress. (But it's not all bad news.)

It May Make Biological Clocks Tick A Little Faster
City birds have faster reproductive clocks than country birds, found a recent study at the Max Planck Institutes. And the culprit is something that may affect us all: light pollution. Light that was just one-thirtieth the intensity of a streetlamp made songbirds breed earlier and grow bigger gonads. Even a tiny amount of light can suppress sleep-time levels of melatonin -- a well-known antioxidant, explains lead researcher Davide Dominoni. Reduce melatonin levels in our bodies, and free-radicals likely increase -- which age us faster." There's also a possibility that nighttime light affects the "baby clock" because melatonin keeps sex hormones in check, regulates the ovaries and prevents eggs from maturing too quickly. Science has already proven that room lights and LED screens reduce melatonin and throw our bodies off-sync -- potentially leading to cancer, obesity and infertility, among other health problems. But exactly how "aging" is the gentle urban glow that seeps through your blinds? Research is ongoing; in the meantime, sleep shades are looking sexier.

It Makes A Touchier Amygdala
Imagine yourself in this experiment. You're asked to take a math test in an fMRI machine… and then you overhear the researchers insulting you. How your amygdala, the brain's anxiety trigger, will respond can be predicted by where you live, found researchers at the University of Heidelberg. Rural types had very little amygdala activity; they seemed immune to stress. In small-town residents, the amygdala was moderately active. But in urban dwellers, it was frenzied. One interpretation is that the city wires us for performance anxiety (and neuroses). More optimistically, that jumpy amygdala might help us deal better -- or faster -- in complex social situations. It's the part of the brain that picks up on facial expressions and nuances -- judging, for instance, who's trustworthy or dangerous -- and that's helpful when you regularly encounter hundreds of strangers. In other words, the social stress can be good stress -- it leads to street savvy.

It Makes You Burn Brighter
To paraphrase Edna St. Vincent Millay, your candle may be burning at both ends, but it gives a lovelier -- and more creative/efficient/prolific -- light. "Put two workers with similar skill levels in cities of different densities, and the one in the denser place will be more productive (by 6 to 28 percent)," reported economics correspondent Ryan Avent in his book The Gated City. He credits the unavoidable rubbing-of-shoulders; the energy that comes from idea-swapping and opportunity-making. All this noisy busy-ness can also make you more creative -- by distracting you just enough to derail one-track thinking, found a study that compared performance in chatty cafés with quiet idylls.

It Shuts Down Your Senses
Back in 1977, in a famously troubling experiment, researchers asked 6- to 10-year-olds to approach strangers and say, "I'm lost. Can you call my house?" In small towns, 72 percent of the adults said yes; in cities, just 46 percent. ("So what's your problem, kid? I'm lost too," said a passerby.) One explanation is that urban types tend to believe that the authorities, not individuals, should handle social problems. The other is "information overload" -- we shut down when our senses are overstimulated. (Interesting: Noise may be at the heart of the problem. The louder the racket in a similar city-streets experiment, the more people acted unhelpful and "emotionally deaf.")

It's Calming You Softly… With Its Smog
Noise is the biggest urban stressor, found a study at the Tel Aviv University. But one very weird thing appears to offset it: carbon monoxide from car exhaust. Even extremely low levels (approximately 1 to 15 parts per million every half-hour) of the odorless gas had a calming effect on volunteers, who were equipped with heart-rate and pollution monitors and kept track of their stress as they roamed the cityscape. In the loud zones, they felt more Zen when the pollution was higher than average. There were no lasting effects, bad or good. Obviously, this is no reason to sniff tailpipes. While a tiny amount may, strangely, relax us, carbon monoxide is a killer, resulting in about 500 accidental deaths a year.

It Programs You To Bloom In Any Green Oasis
Finally, a breath of fresh air. A 25-minute walk in a city park is all it takes to recover from urban attention fatigue, found Scottish scientists. No surprise that any bit of nature is restorative, but now scientists have proved it by asking volunteers to wear newfangled portable electroencephalograms to measure brain waves. When urbanites strolled into leafy green plazas and parks, their thoughts become expansive, attentive and meditative. More like, well, country folk. A half-mile later, the walkers felt restored; their brain-wave patterns were relaxed. They were ready to return to the city, which, as the writer Nelson Algren put it, "forges out of steel and blood-red neon its own peculiar wilderness." 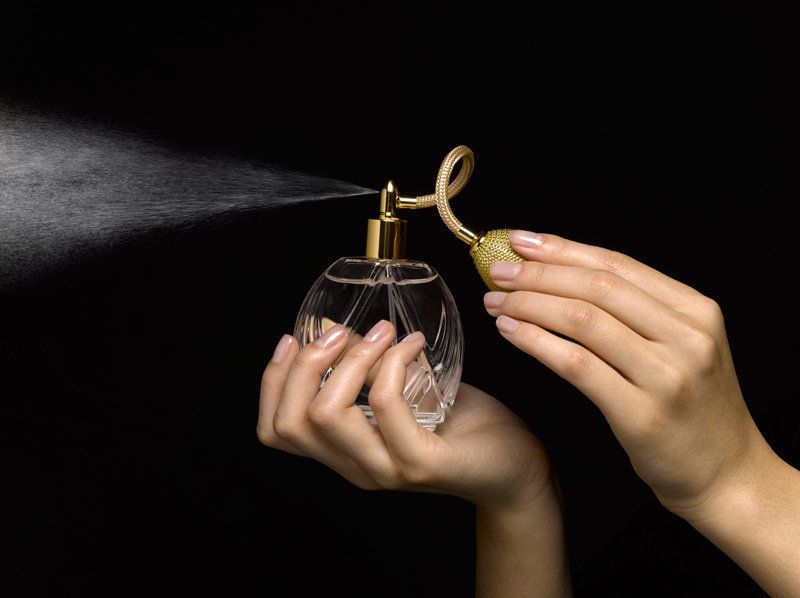