"I'd rather gnaw a bean than be gnawed by continual fear." That quote is attributed to Odo of Cheriton, a 13th century preacher who explained the moral of Aesop's popular fable, The Town Mouse and the Country Mouse. Even though Aesop is believed to have been a Greek slave who lived between 620 and 560 BCE, his fables have been handed down from generation to generation as parents tried to teach their children right from wrong.

It's easy to imagine that Aesop's Fables have little applicability in the digital age, but to do so would be a horrible mistake. Two documentaries screened during the 2013 CAAMFest did a surprisingly thorough job of showing how, despite its rapid urbanization, China is filled with people whose challenges are embodied by the age-old tale of The Town Mouse and the Country Mouse.

After rural peasants have been introduced to the wonders of the Internet and the sudden wealth brought about by a global economy, it's easy to wonder "How are you gonna keep them down on the farm?" But reality has a strange way of sabotaging some people's upward mobility. When that happens, the security of a simpler and quieter life is often irresistible.

Political junkies and people who remain in awe of the cultural changes wrought by the blogosphere won't want to miss a new documentary by Stephen T. Maing about two Chinese bloggers attempting to spread the word about local injustices. The younger one, Zhou Shuguang (whose screen name is Zola) decided to stop selling vegetables in a rural area of China's Hunan Province and use his electronic gadgets to launch a career in political muckraking.

An extremely media conscious 20-something who is eager to achieve fame, Zola is frequently warned by his fans whenever the Chinese government is preparing to arrest him. At one point, he is denied boarding for a flight to attend a conference of international bloggers being held in Europe. 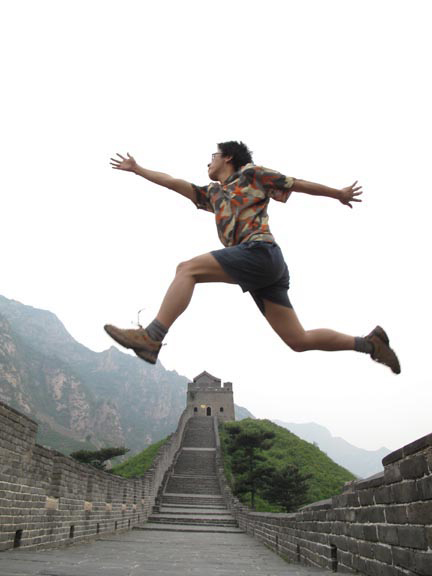 Zola leaps into the air for a publicity shot taken on
the Great Wall of China in High Tech, Low Life

Zola's counterpart, Zhang Shihe (who is old enough to remember what life was like under Mao Tse-tung), has become famous while blogging under the name of his pet cat, Tiger Temple. Both men relish the challenge of becoming citizen journalists -- even if it means facing censorship and government intimidation. In his director's statement, Maing explains that:

"In January of 2007, there were 137 million Internet users in China and the first phase of China's censorship barrier commonly referred to as 'The Great Firewall' had been in place for just one year. The following year, this number jumped to nearly 250 million users and rumors of young resourceful Chinese netizens circumventing the government's censorship restrictions began circulating on the Internet. I wanted to make a film that explored youth, activism and technology but, after getting to know Zola and Tiger Temple over the course of four years of filming, I realized their personal stories revealed a much deeper narrative about a startling new China that was still reconciling its painful Maoist past.

After meeting the older and more lo-fi Tiger Temple, I was struck by his dramatically different style and background. Tiger Temple was a wandering writer and self-professed romantic that regularly biked across the mainland, profoundly haunted by the persecution he and his family endured during the Cultural Revolution. Despite a significant generational gap, what struck me was their mutual curiosity about the world, shared commitment to advancing freedom of speech in China, and at times very different approaches to these common goals." 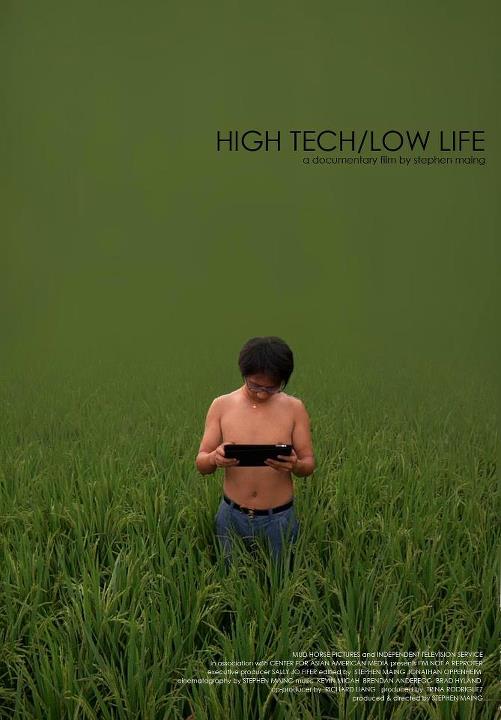 "I'm interested in character-driven stories that unfold slowly and reveal larger systemic and cultural complexities. Part of the film's central question was how to tell an intimate story that presented the reality of censorship and perils of political dissidence in China through experiential observations, not expert interviews. Another challenge was how to intimately represent people that represent other people as well as themselves in their own work.

Since completing the film in April of 2012, the number of Internet users has skyrocketed to over 513 million, roughly 300 million of them using some form of social media. Among the numerous new policies and regulations to control online content, the government has formed the State Internet Information Office to organize these efforts and more effectively control online activity. As new China hurtles into a rapidly changing future, the government and online netizens will surely continue to try and outsmart each other as people like Zola and Tiger Temple emerge as the forefathers of a brave new civil society." 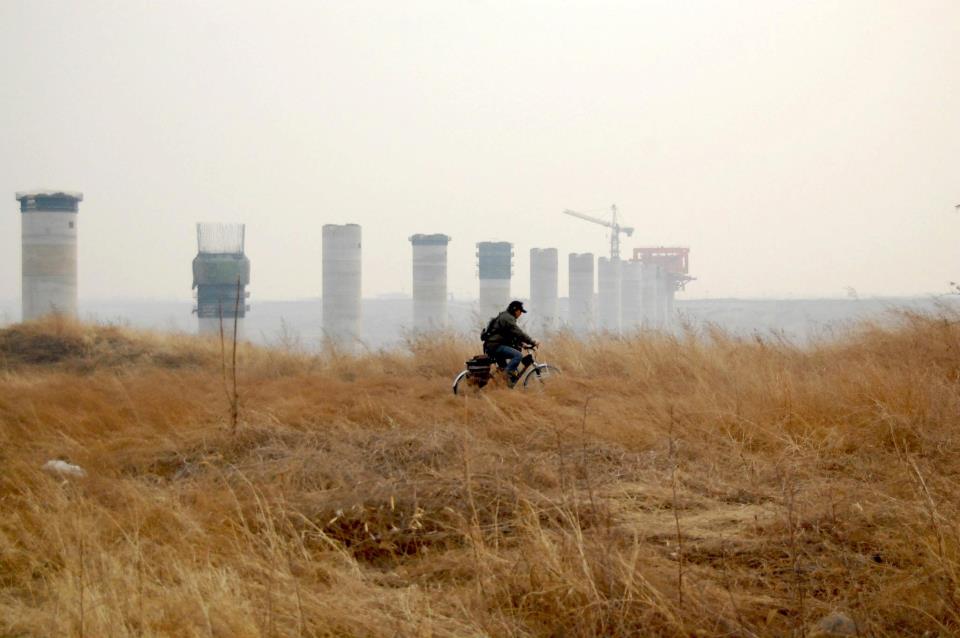 Tiger Temple travels around China on his bicycle in High Tech, Low Life

While Zola eventually marries a woman from Taiwan and manages to escape from mainland China, Tiger Temple keeps pedaling around China on his bicycle, helping local citizens protest about sewage leaks and other injustices. High Tech, Low Life offers fascinating insights into how electronics have become a democratizing force in citizen journalism which is forcing China's culture to become more transparent. Here's the trailer:

The Mosuo Sisters is a fascinating documentary about two women from rural China who moved to Beijing to seek their fortunes working as lounge entertainers. When the impact of the global economic crisis cost them their jobs, Juma and Latso were forced to return to their home town (located in the foothills of the Himalayas) in one of the world's last remaining matriarchal societies. 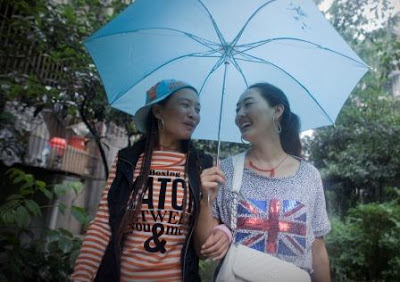 Latso and Juma in happier times

The close relationship between the two sisters comes under intense pressure after Juma returns to Beijing with hopes that she can earn enough money for Latso to continue her accounting education. But Latso soon gets pregnant and is forced to stay home on the farm. 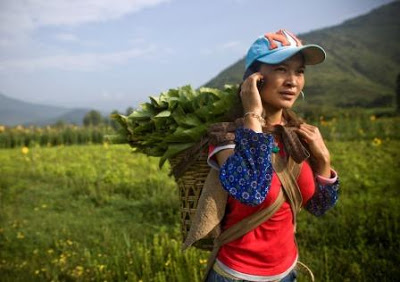 Directed by Marlo Poras, the film's depiction of the Mosuo's matriarchal society (where married women live with their mothers instead of their husbands) is fascinating. After their home town was hit by an earthquake, harvested dry goods were ruined by a storm and their rice harvest similarly destroyed, Juma and Latso's family was forced to live in tents. Their future is now much less promising than at the start of the film. Here's the trailer: