I recently interviewed Marc Touitou, the CIO of the City of San Francisco, about IT led business transformation and the changing role of the CIO. Touitou is a 30-years veteran with extensive experience in the private sector semi-conductor industry, with incredible zeal towards improving the customers experience, who brings with him his tried and true motto, "Simplify. Accelerate". When most of us think of a government agency "speed" is probably not one of the first words that comes to mind, but Touitou, a champion of mobile, social and cloud technologies with a customer-focused agenda considers himself to be a change agent. By collaborating with all the government agencies to work on something that is bigger than himself, he is setting out to drive change and to do some good in the smart city - and what better city to do it in than San Francisco? Working side-by-side with companies like Twitter and Salesforce.com, the spirit of innovation in the people and culture in San Francisco bleeds through to what Touitou is trying to do with the Department of Technology. It is this spirit that he is trying to preserve and enhance in the city and is the driver behind everything they do. Touitou and his staff are currently looking to hire more than 40 IT professionals in order achieve their mission. 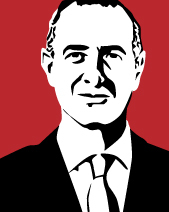 You don't need to be the CIO of one of the most technologically-advanced cities in the world to be a change agent. Touitou gives IT departments everywhere, and organizations alike, his advice on how to break through the status quo. He tells us, "It is not an option to say it is what it is. IT is an enabler and as a change agent must act as a Chief Marketing Officer of Chief Enthusiast Officer to spread the word, ignite energy and put the means in front of people to help them execute."

4 Steps to Becoming an IT Change Agent:

1. Focus on your customer's business requirements as priority #1: : Getting things done and done quickly in a government environment, and in any organization where different lines of business exist, is a challenge. To handle the resistance that all change agents will encounter, Touitou says that the first thing you need to change is your tone and your approach. Never underestimate the power of words. When you visit your peers you need to treat them as customers and understand their business goals and then see if you can help. All lines of business have different needs and priorities. When Touitou encounters resistance, he changes his tone and appeals to the business principals and to the greater good, pointing to the critical needs that everyone shares. He says, "Even when the person you are dealing with is tempted to resist, if you build trust and are persistent they will usually agree to give it a shot and that's a start."

2. Identify and deliver to the common ground: The decentralization challenges that a government agency faces are the same as in the private sector - divisional CIOs and shadow IT exist everywhere. When you are in a company with 12 different business units, each agency has specific needs, but commonalities also exist. In the Department of Technology for the City of San Francisco, Touitou strives to identify, leverage and share the common assets and processes. He says the key is to prioritize and to focus on fixing the fundamentals - bringing the city together on the most critical infrastructure issues is always the right path.

According to Crawford Del Prete, chief research officer at IDC, the fact that by 2016, line of business executives will be directly involved in 80 percent of new IT investments, will have vast implications for how the CIO works with the line of business. In a CIO Magazine article, Del Prete says the CIO should really think about how they can work with business leaders around the company not only to deliver services internally but to use technology to help the company differentiate and expand the business.

3. Bring the lines-of-business together to accelerate change for the common good: One of Touitou's key initiatives for 2013 is to provide Wi-Fi access throughout the city. This initiative was jump started with a gift from the private sector that allowed the city to offer Wi-Fi at 31 of their 200 city parks. Touitou says that Wi-Fi is not a nice to have, and considering the fact that for every 10% of broadband penetration there is 1% of GDP growth attached, it is essential to start now. It's not just Wi-Fi; it's the infrastructure that goes with it. As such, they are installing fiber broadband capacity for the city as well. Touitou says, "It is never fast enough, we want more and always more." By helping the government agencies understand that everyone should want to have connectivity as a right and that accelerating the deployment of fibre is good for the city - for start-ups, digital inclusion, and people that can't afford to have a cell phone plan - builds a great source of enthusiasm across the agencies. "We are going to do something good here and people are working around the clock just to be a part of that," says Touitou.

Touitou is applying the same strategy to his cloud vision: he says that the smart city must leverage cloud solutions aggressively. He will try to be successful in convincing his colleagues, peers and partners that for the greater good of San Francisco, they should start marching faster towards cloud solutions.

4. Embrace collaboration by adopting an open mindset: With an IT department in every agency in the City of San Francisco, the challenge for Touitou becomes less about shadow IT and more about bringing IT together on what they should be together on. For Touitou, "shadow IT" would be departments not working together on a solution that could benefit all departments. His biggest challenge is to convince his colleagues of the fact that together they are stronger than they are as individuals.

Just as Kim Stevenson, CIO of Intel, embraces shadow IT as something to learn from and feels that if there is a gap, shadow IT can fill that gap, Touitou agrees that if there is innovation you have to be grateful for it and embrace it or else people will get frustrated. For CIOs that find it difficult to embrace shadow IT, Touitou offer this advice: "The number one smart thing you can do to tackle things that pop up that you did not expect is to have an enterprise architecture landscape so you can understand how different technologies interact with each other. If you don't have an architecture framework, get one." Stevenson also encourages her peers to demand more of IT in term of innovation and business alignment.

Ray Wang, Principal Analyst and Founder of Constellation Research offered the similar advice to CIOs as they work together with the lines of business: "You need to help them think through the integration framework that is required. You have to help think of the data security and the data models that you have to put in place, the process models that are there and if you can help people get there, then at least they can move forward but not move so far apart from where you are."

Anyone that had the opportunity to watch our CXOTalk with Marc Touitou would agree that the "I" in his CIO title stands for Innovation, Integration, Imagination, Infrastructure, and Intelligence. It you want to work (and do good) in San Francisco, the competition is fierce but the City of San Francisco Department of Technology is looking to hire 40 people, including a "Social Media Guru" position.

You can watch the full interview with Marc Touitou here. Please join me and Michael Krigsman of Asuret every Friday at 3PM as we host CXOTalk - connecting with thought leaders and innovative executives who are pushing the boundaries within their companies and their fields.