It's hard to imagine an eerier place to live than el-Arafa. Stretching for miles on the outskirts of Cairo, the City of the Dead, as it's known in English, is an ancient cemetery that has become a residential neighborhood for some half a million people in Egypt.

Dating to the seventh century, el-Arafa's graves are not your typical coffin setup. The tombs are inset in often ornate rooms that "look like small houses complete with a garden," according to one report, and the community now boasts electricity, running water and even a medical center and post office. 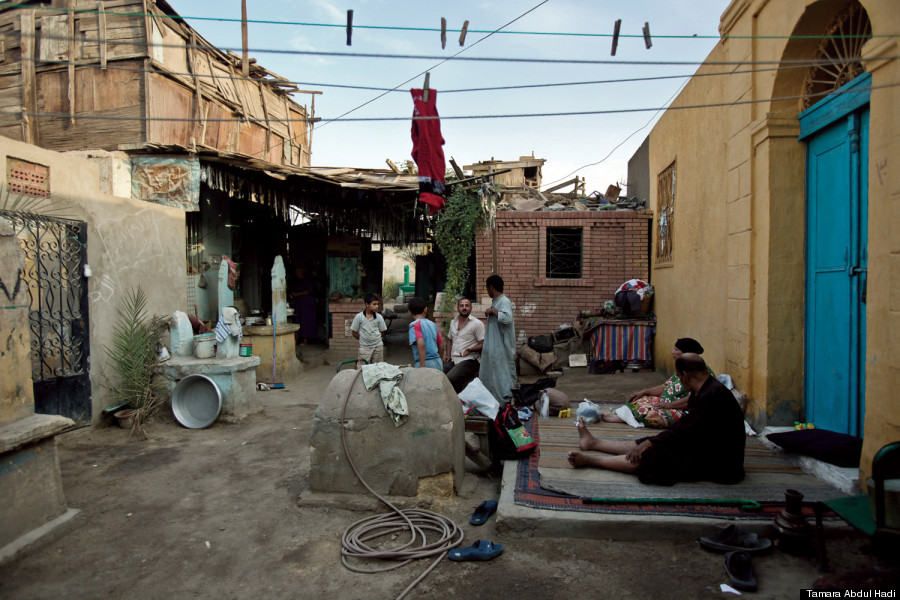 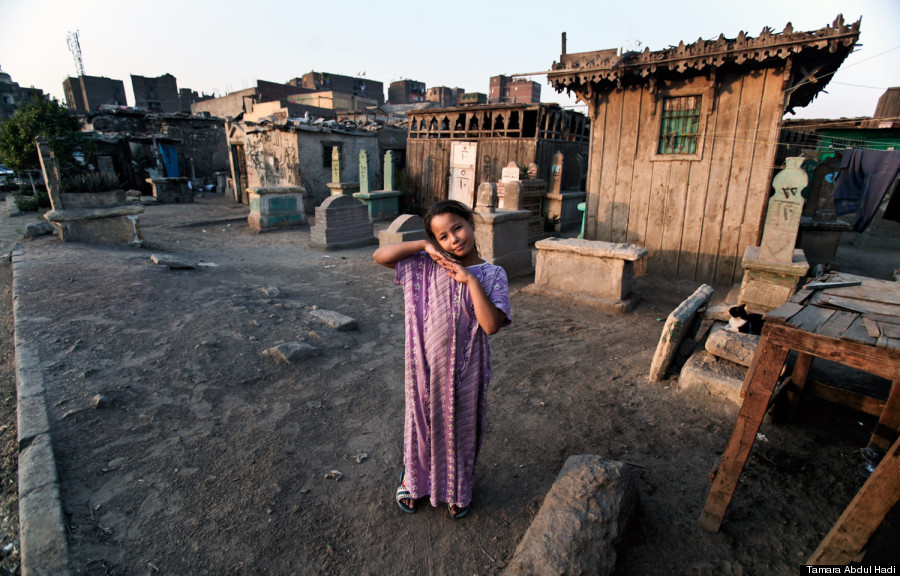 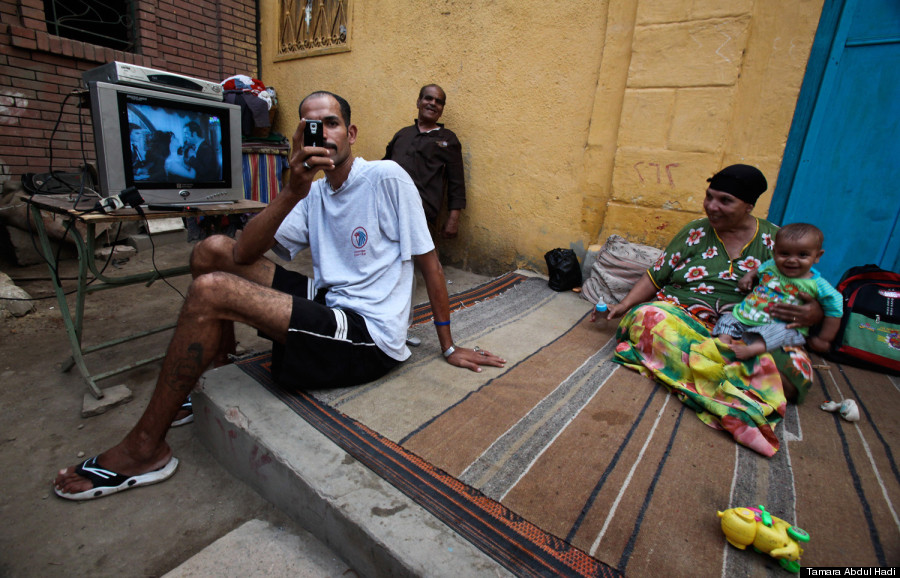 Photographer Tamara Abdul Hadi was documenting the cemeteries of the Arab world when she stumbled onto the superlative one. "I was naturally intrigued to learn more," she wrote in an email to HuffPost. 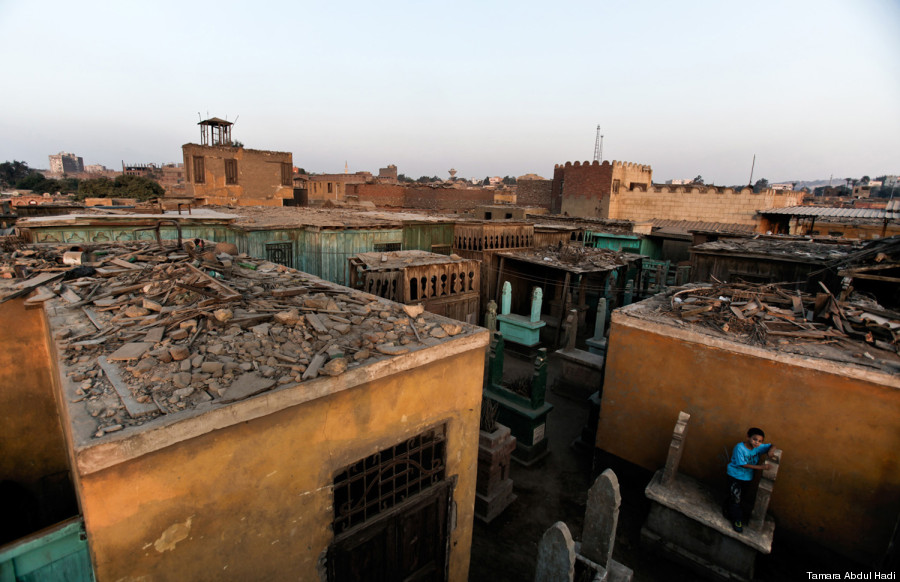 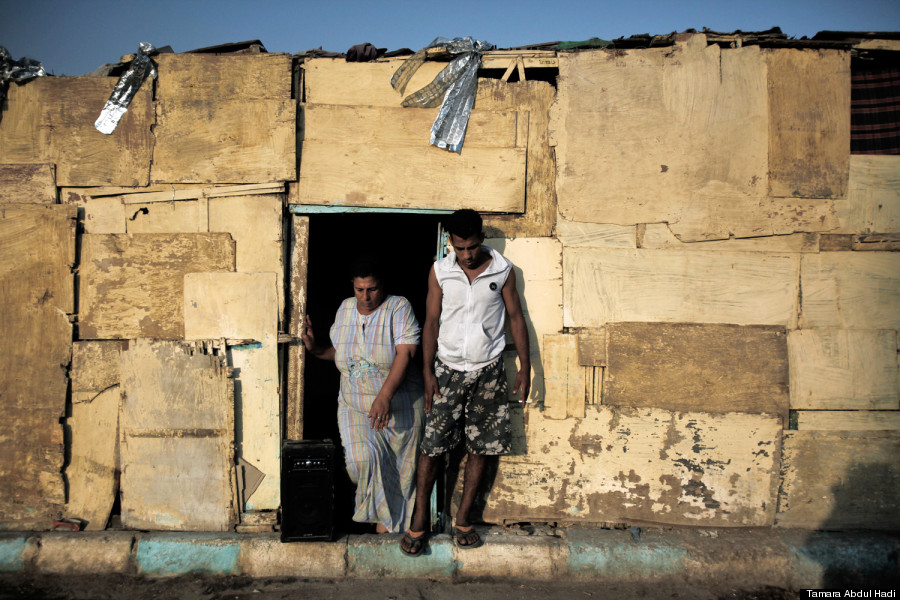 Armed with her camera, Hadi captured a snapshot of life in the unusual setting. She photographed residents young and old, from kids at play, to an elderly woman whose very posture seems to attest to how hard life must be in el-Arafa. 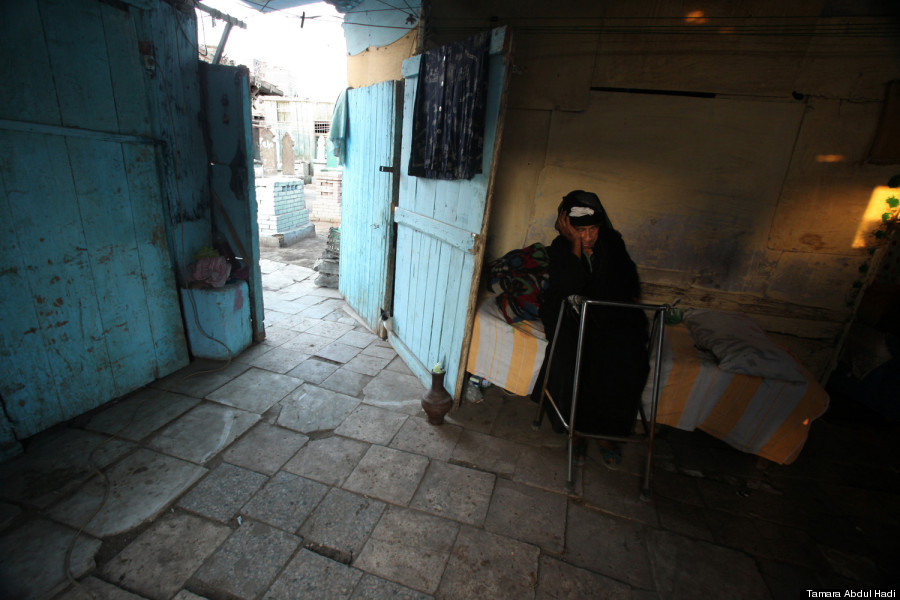 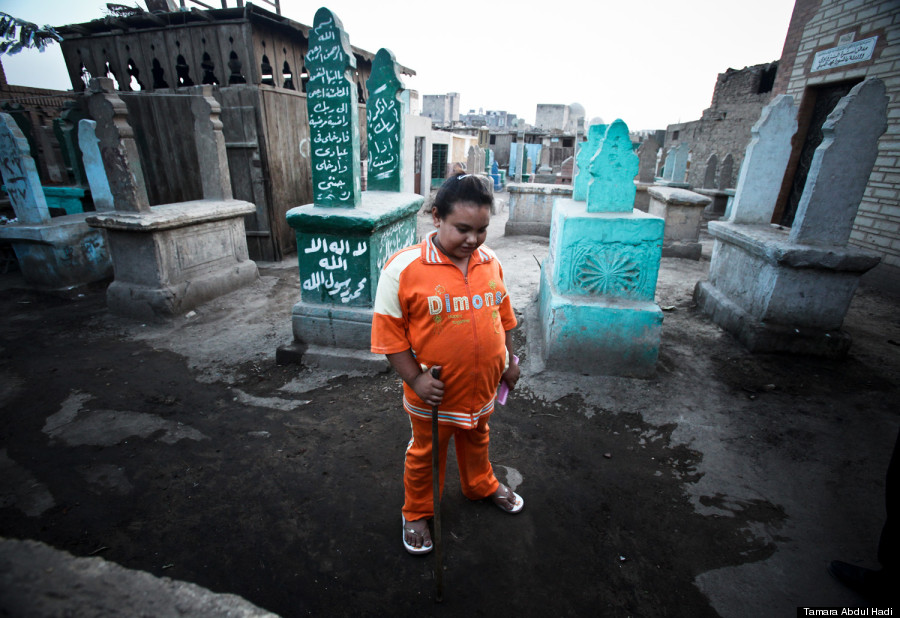 Many residents consider themselves lucky, however, given the realities of Cairo. With its lack of adequate housing coupled with a growing population, the city's alternative for those poor enough to live in el-Arafa is hardly tempting. On balance of classic perks -- light, space, yards -- even middle-income housing in Cairo falls short, let alone the slums to which they would be relegated. 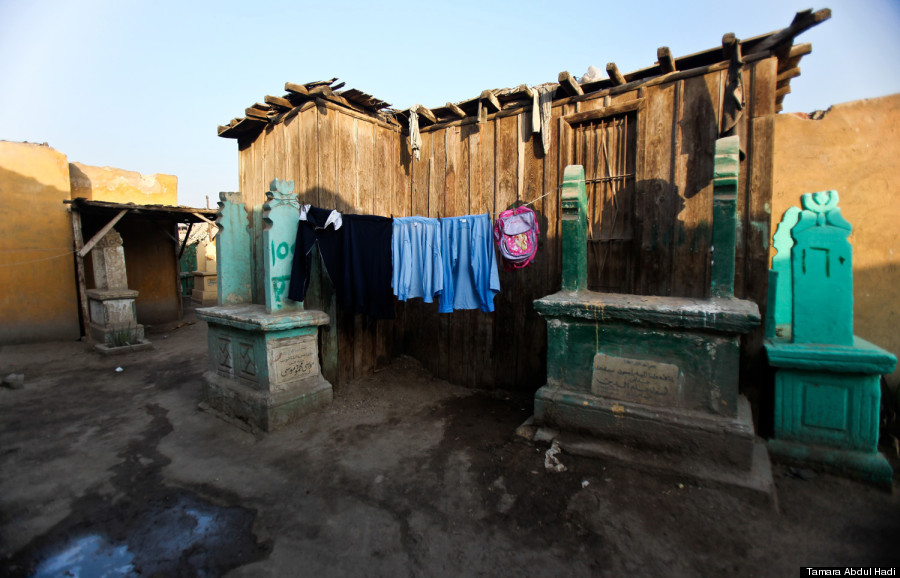 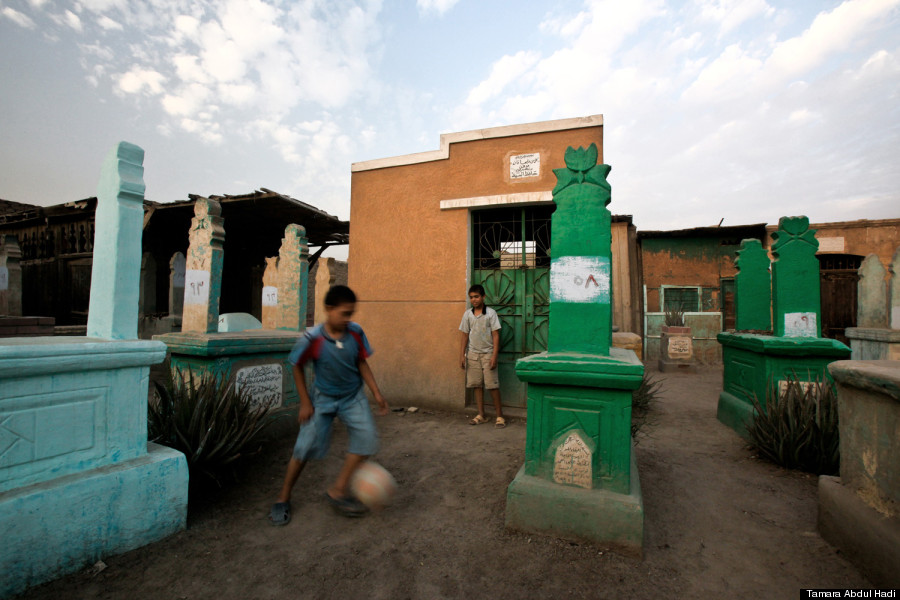 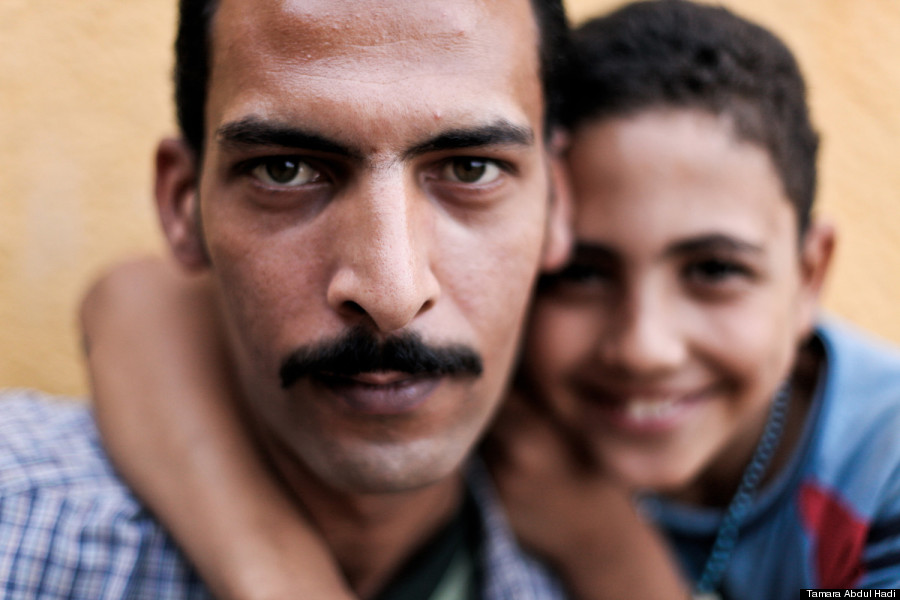 Of course, sharing space with a corpse is not a simple proposition. While some el-Arafa residents claim to appreciate the proximity to ancestors (a reflection of the Egyptian reverence for the dead), others say they can be treated like pariahs by those on the outside. 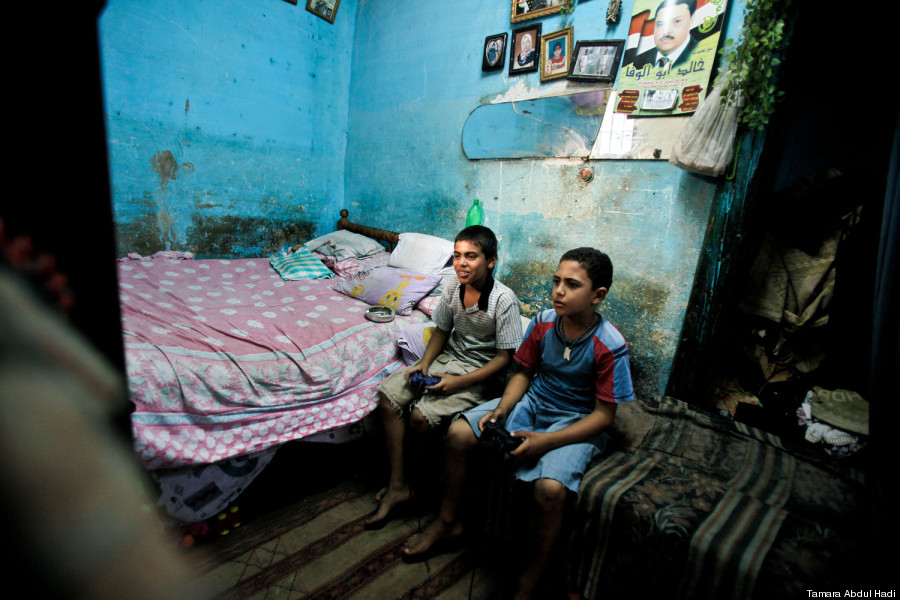 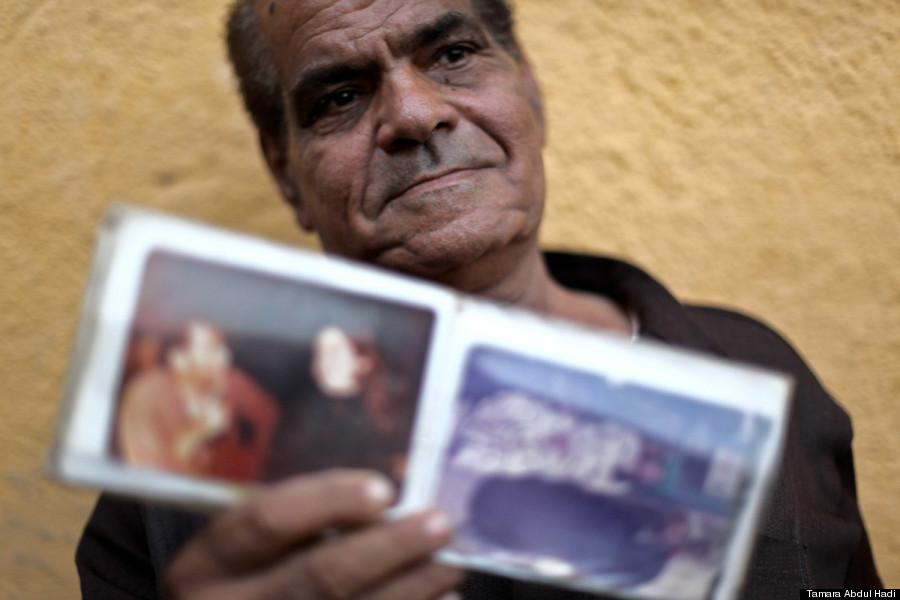 But the real hardships are all too common. The neighborhood is poorly policed, and crime is on the rise. In this context, the funereal backdrop is mere window dressing. As one mother of three put the irony of her situation to a reporter visiting the tombs, “I am not scared of the dead, I am scared of the living."