I love a success story. Just two years ago, the unique TV series City Walk took its first steps, exploring urban environments from Portland to New York City in a hip, revisionist way: by strolling them. Along with enlightening guides and guests, taking to the streets, footpaths, and cultural centers of cities across America, the program -- a co-production of KCET (the nation's biggest independent broadcaster) and Rigler Creative -- launched humbly but confidently, and in 2015 they're two seasons into their rich, diverse documentary journey, with a third season on the way. They've even picked up a nomination for a Los Angeles Area Emmy Award -- impressive, considering the plethora of L.A. stories. You could say that City Walk is really finding its feet.

Not bad for a concept launched for a laugh, albeit a healthy and progressive laugh: In 2012 the producers reassembled the primary cast of The West Wing for a Funny or Die comedic PSA promoting the benefits of walking -- part of the Every Body Walk campaign presented by Kaiser Permanente. That clip -- craftily and convincingly lensed at the Ronald Reagan Presidential Library's scale-model Oval Office -- went viral, inspiring and expanding into the series, which has taken on a life of its own, and keeps picking up steam.

I spoke with series director and executive producer Thomas Rigler, and co-executive, supervising, and field producer Steven Reich, who -- along with Juan Devis of KCETLink, plus their crew of Mark S. Stuplin, Dave Emmendorfer, Billy G. Sullivan, Roman Jakobi, Katie Walker, Silvia Ryder, Julia Bailey Johnson, and several others -- keep turning out gorgeous, deceptively simple, delightfully engaging and enlivening views on microcosms around us you cannot truly experience from planes, trains, and automobiles. Given nearly infinite locations and options, I ask Thomas how they focus their show.

"Well," says Mr. Rigler, "Season 1 was pretty much traveling the country, and we were very, very interested in making sure that we'd have a chance to visit New York a couple of times, and show things that really mattered in the last few years, in terms of walkable communities. We did the same thing with D.C. and Boston, and we just wanted to make sure that we hit that, since we're all based in Los Angeles. In Season 1, we barely made it back to L.A.: it really focused on the broader vision of change that's happening in the U.S. in general.

"And so Season 2 was more focused on stories from Los Angeles and Orange County, to see what's going on in our own back yard -- and make sure that we still have relevant stories by mixing in things that happened elsewhere in the country -- but there's an L.A. focus. Taking probably the most visibly L.A.-themed episode, KCET sent it to the Emmys, and it worked really well, obviously, because it shows the city from many, many, many different areas." 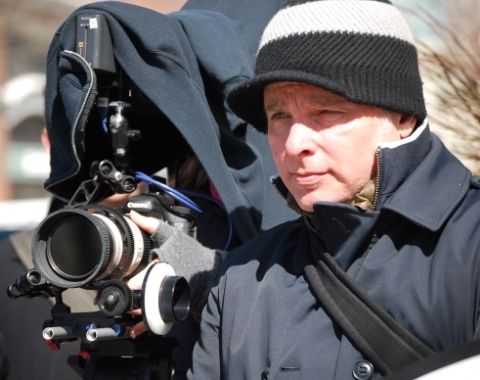 Yet Mr. Rigler is aware of the charms of Midwestern cities, about which I ask him.

"What's obviously fascinating about Chicago is the architectural wealth there -- from milestones in architecture to contemporary offices that we're totally fascinated by. And there's these fairly new -- in the last ten, fifteen years -- parks and green areas that have been added: from Millennium Park to areas in Chicago that -- in a way, they represent City Walk as a concept. And Chicago has always been really into that side of design, and that side of urban planning, and that's why it feels like a very important step there -- same as Minneapolis, and same as, in a way, Detroit, where this is slowly turning around, and really kind of coming back from the ashes, and that of course is absolutely fascinating from a planning perspective, and from a community perspective."

I note my recent visit to Detroit -- how it's at once an industrial ghost town yet visibly being revivified by the arts. I got to visit the Motown Museum, and we enjoyed terrific Thai cuisine and a reggae band right downtown.

Thomas notes the "artisanal" roots of the region, daringly likening Detroit to San Francisco, and how industry is returning. "There's a bunch of companies that are really having an impact on downtown, and are turning into an attractive initiative for people to want to live there." 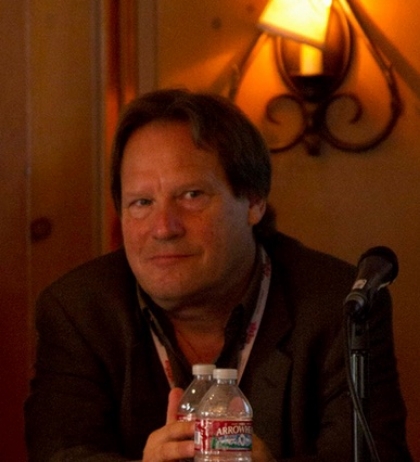 I invite co-exec Mr. Reich to discuss the impressive cinematic quality of City Walk, and he promptly cites a city where I've ambitiously tried to walk -- but it made me feel like Mad Max.

"We did one segment where we visited Las Vegas," says Steve, "and that became kind of a wonderful poetic ode to the city. The Golden Nugget part was nice. And also meeting with the mayor, and with the former mayor, and different places we visited, it was a wonderful journey. And the truth is, everything on City Walk -- they're all little mini documentaries -- we have these great directors of photography, who give us these beautiful views -- also with the soundtrack to the show, to give it a musical, lyrical feel. So it's less like a television show -- it's really dreamy stream-of-consciousness, in the views of different places.

"There's a bottom logic to the story that we're telling, but with a lot of it, there's feeling to it -- in addition to information. It's nice to be able to work in such a brief form as this. And we're particularly happy that KCET allows us to be as arty as we can with the show, which makes it a particular pleasure to do."

Already City Walk has featured scholars and historians as guides, but in Season 2 I note that we get some fancy names on board. Mr. Rigler concurs.

"We managed to add a few really great creative personalities -- who became people we profiled, and who could have ended up actually being the topic of individual segments. We've managed to pull in people like Stewart Copeland from The Police; Penn & Teller in Las Vegas; animator Bill Plympton -- who just one day showed up at our office, and ended up taking walking, and his idea about walking, into a completely different sphere, by demonstrating for us how he animates the act of walking for his films, and what that actually means to him: the different rhythm it has, the different sensuality it has. We were just really privileged to receive input from terrific people like that. All of it was very, very creative."

City Walk with Stewart Copeland: Coolest Guy in the World

"We did a segment that I really liked, about a book called Pedestrianism -- when walking was the #1 spectator sport in America. The book [by Michael Algeo] is great. It's approaching walking from a different thing that no one would have ever guessed. It was nice blending the historical photos, and actually getting the author of the book to show us different styles of the way people would walk back in the 19th century.

"Yeah, that was one of my favorite segments. I'm proud of it. And I want to recommend the book, too. We heard about the book, and then it took us several months to find out when the author was going to be in town -- I think he was living in Mongolia -- and he finally came to L.A. We were able to set it up and shoot it at the Rose Bowl. The segment itself I thought turned out great, and he was a really good guy."

Thomas enthuses about another of their special guests, a fairly popular actor:

"I don't think we should forget Luke Wilson, who made a film of his own ["Satellite Beach"] -- that could have been commissioned by City Walk. If you haven't seen it, it's absolutely worth watching. He gave us a beautiful interview, very engaged about the short film he shot -- essentially accompanying the space shuttle on its tour from LAX [West Side, yo] all the way to the California Science Center [downtown] -- on foot, crossing ten different communities on their way there, over three days. Instead of shooting it as a documentary, he actually shot this as a mock documentary, as a somewhat scripted story that had him participate as a NASA official, accompanying the space shuttle on its way, and all the stuff that happens while he does that. It was a beautiful story. He was tremendously generous in giving us this long interview, and it became a perfect City Walk story. People like that become allies of this program, and then also obviously share their experiences with us, and that's been one of the highlights of the season."

I ask Mr. Rigler what's next in Season 3, and he's enthusiastic.

"We're coming back, late February, early March, in 2016 -- so there's still time for us to map out what we're going to see, but there are a few cities in the U.S. that really have great stories to tell, like Chicago, like Detroit -- maybe New Orleans. We're trying to take it international, also, so there are several cities we're talking to -- especially in Europe, where we're arranging for a few days of shooting, and making sure we have access to city planners and officials, and creative people of the communities there, to show that this is an international phenomenon: That people want to live in inner cities, and they love walkable communities -- and it's a very contemporary trend that happens all over the place."

Photos and videos courtesy of Rigler Creative and KCETLink