New images of a possible lost city hidden by Honduran rain forests show what might be the building foundations and mounds of Ciudad Blanca, a never-confirmed legendary metropolis.

What the archaeologists found — and what the new images reveal — are features that could be ancient ruins, including canals, roads, building foundations and terraced agricultural land. The University of Houston archaeologists who led the expedition will reveal their new images and discuss them today (May 15) at the American Geophysical Union Meeting of the Americas in Cancun. 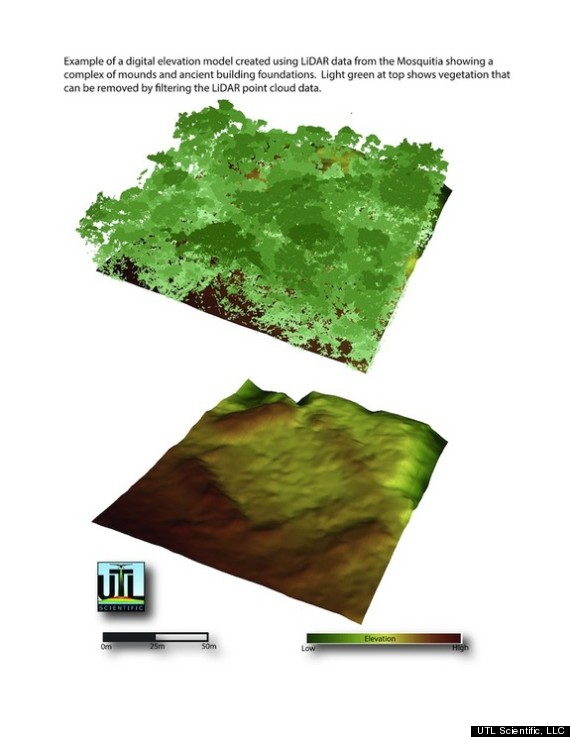 Square structures may mark the foundations of ancient buildings in the Honduran rainforest.

Ciudad Blanca, or "The White City," has been a legend since the days of the conquistadors, who believed the Mosquitia rain forests hid a metropolis full of gold and searched for it in the 1500s. Throughout the 1900s, archaeologists documented mounds and other signs of ancient civilization in the Mosquitias region, but the shining golden city of legend has yet to make an appearance.

Whether or not the lidar-weilding archaeologists have discovered the same city the conquistadors were looking for is up for debate, but the images suggest some signs of an ancient lost civilization.

"We use lidar to pinpoint where human structures are by looking for linear shapes and rectangles," Colorado State University research Stephen Leisz, who uses lidar in Mexico, said in a statement. "Nature doesn't work in straight lines."

The archaeologists plan to get their feet on the ground this year to investigate the mysterious features seen in the new images.