The shooting Tuesday at the Clackamas Town Center in Oregon was over almost as quickly as it began. The horror of the shooting, however, won't go away anytime soon, according to a shopper who was inside the mall.

Bill Cameron, a resident of Portland who was doing some holiday shopping at the mall, was on his way to the exit when he heard the first of several gunshots echo through the hall behind him.

Cameron was browsing Twitter on his phone when the gunfire erupted and "like I was on auto pilot" posted a Tweet from his phone that read, in part, "The shots were close enough that I felt the air pressure change on my neck."

The shots, police said, were fired by a 20-something man who announced, "I am the shooter," before he opened fire on the unsuspecting Christmas shoppers.

The shooter was wearing a white mask, possibly a hockey mask, and what appeared to be a bulletproof vest, according to police. He was also carrying a semi-automatic rifle.

Witnesses told police the gunman fired several shots near the mall food court before his rifle jammed. He then ran into a nearby Macy's store.

The scene Cameron said, was "chaotic."

"I didn't look back. I kept heading out. People around me were running and screaming. At first I was not sure what was happening. It didn't register," he said. "[The shots] were very loud and big. It was hard to get a sense of things."

Cameron said the extent of the shooting did not hit him until he made it outside and leaned against a wall.

"That's when it really began to hit me," he said. "One of the first people I saw was a woman who came out right after me. She was sobbing, and her boyfriend or husband came over and they hugged. It sounded like they had gotten separated and there was a moment when she didn't know what had happened to him. There were a lot of little scenes like that," Cameron said.

"I did talk to a woman who told me I should call 911," he continued. "I dialed 911 and got a busy signal. Right thereafter, within a minute or so, I could hear sirens. I saw 20 or 30 police cars within next few minutes."

One person, 15-year-old girl Kristina Shevchenko, suffered a traumatic injury and is in serious condition at a Portland hospital.

"We are letting the hospital release some information. The family will not be giving out any interviews as we would like some privacy," he said.

Teavana tea shop employee Carlisa Anderson safely escaped, but couldn't stop thinking about the victims. who are strangers to her

"It makes you wonder, did I meet that person today?," Anderson told HuffPost. "Did I sell tea to them?"

Police said they think the shooting was random.

Cameron told HuffPost he will "definitely" think about what happened every time he enters a shopping center now, but that he does not plan to avoid them. In fact, he plans to go back to the mall where the shooting happened once it reopens.

"I have been thinking about the mall workers that were helping people hide in backs of stores or behind counters. These are people who are working for minimum wage that put themselves at risk to help people to safety," he said. "I need to go back to do some shopping in solidarity with the people whose livelihoods depend on that place. It's not their fault it happened. I think shopping there is a small thing I can do to say thanks."

The Clackamas Town Center is closed Wednesday while police continue to investigate the shooting.

As for the shooter, Cameron said he can't understand what could have possibly motivated him. "I can't make sense of it -- these things that get into people’s heads. I just don't understand it and I'm sure very few of us do understand it," he said. 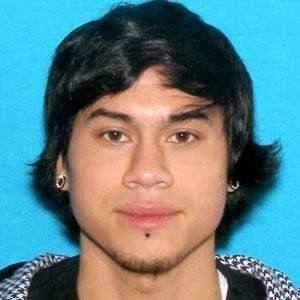