Proposed legislation was filed Thursday in the Florida Senate that would compensate the parents of FAMU drum major Robert Champion for pain and suffering they endured in the hazing death of their son.

The proposed measure, known as a "claims" bill, alleges the drum major was forced to participate in the ritual following the Florida Classic football game at the Citrus Bowl in Orlando and that Florida A & M University allowed an "entrenched culture of hazing" to flourish in the Marching 100.

The dollar amount was left blank in the bill.

The university's lawyers have denied both allegations, saying Champion, 26, voluntarily participated in the hazing which occurred on a charter bus parked at the Rosen Plaza hotel where the band was staying. He died Nov. 19, 2011, from the beating, a medical examiner ruled.

Fifteen former band members were charged with felonies in the hazing death, including eight scheduled for pre-trial hearings today in Orange County. Six others accepted plea deals with five receiving community-service sentences. Those awaiting trial may be facing prison if convicted.

They have pleaded not guilty to charges of manslaughter and felony hazing.

The Champion's claims bill, one of 26 senate bills seeking more than $57 million in compensation from state agencies, was introduced by state Senator Bill Montford, D-Tallahassee, while an appeals court in Daytona Beach is planning to review a judge's decision in favor of the family.

FAMU wants the panel to throw out the parents' lawsuit against the state's largest historically black college, arguing that taxpayers should not be held financially liable for fatal injuries Champion suffered while participating in activities that were unlawful and violations of school policies.

The school offered to settle the family's claims last year for $300,000, the most the public university can pay without the Legislature approving a claims bill, which is often difficult to obtain. The family rejected FAMU's offer as "insulting" and pressed forward with a lawsuit which also names as defendants the bus company, Fabulous Coach Lines; the bus driver, Wendy Millette; and the hotel, but none of the students charged in the hazing.

The introduction of a claims bill for Champion was expected after the drum major's family hired the powerful lobbying firm, Capitol Insight, whose principals include former Florida House Speakers Dean Cannon and Larry Cretul.

The proposed claims bill outlines the arguments that the Champions' lawyer, Christopher Chestnut, has raised in the civil lawsuit.

Notably, it contends that an investigation by the inspector general of the State University System Board of Governors concluded that "hazing was not tracked on campus despite a history of the practice, that hazing allegations investigated by campus police were not shared with the office that handled student discipline, and that band member eligibility was seldom, if ever, verified..."

About 60 of the band members who made the trip to Orlando -- at taxpayer expense -- were not eligible to perform, according to university rules. That group included alleged hazers charged in Champion's death.

The bill also alleges that Robert Champion Sr. and Pam Champion, the drum major's dad and mom who live in suburban Atlanta, incurred medical and funeral expenses and endured mental pain and suffering since their son's death because of FAMU's negligence. It notes the family and FAMU have been unable to negotiate a settlement. and argues the parents are entitled to damages for the wrongful death of their son. 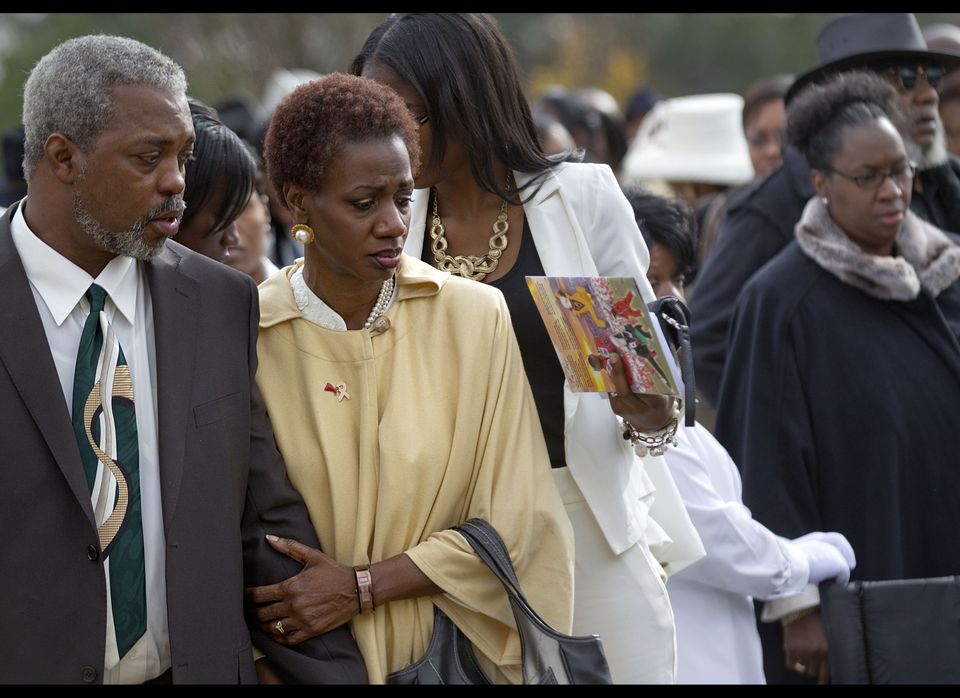