This coming April, a rocket will lift off from an island off the east coast of India and launch CLAIRE--a powerful new tool in the global effort to combat carbon pollution.

The Canadian-built satellite isn't large--it's about the size of a small microwave oven. But the craft could pack a big punch in the coming years by helping companies, governments, NGOs and others determine precisely where climate pollution is coming from, and in what quantities.

"We founded our whole business on the concept that if there is value in a tonne of carbon, then the producers are going to be motivated to reduce their emissions," says Stephane Germain, president of Montreal-based GHGSat, the company behind the project.

"We can help by giving them a precise measurement of those emissions." 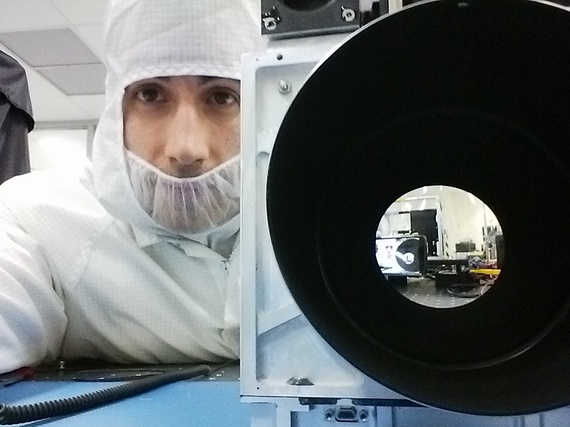 CLAIRE is built around a half-million-pixel infrared digital camera that can "see" the portion of the spectrum where otherwise-invisible plumes of carbon dioxide and methane lurk. On a clear day, the bird will look down onto any point on earth and, by measuring the light absorbed in each pixel, determine the quantity of those greenhouse gases being emitted to the atmosphere.

In the coming years, CLAIRE will scope out well fields, cement factories, landfills, natural gas plants, coal-fired power stations, tailings ponds and any other industrial facility, anywhere on the face of the earth.

It will fly in a north-south loop, every 90 minutes, in a sun-synchronous orbit. Over a 24-hour period, it will scope out the entire planet.

Technologies do currently exist to precisely measure emissions from fixed points, such as power-station smokestacks. But while such instruments are required in Canada and the United States, they are not common in developing nations. Further, it can be very difficult to accurately measure emissions from larger and more remote sites, such as vast tailings ponds, landfills, or remote off-grid gas-processing plants, like those in northeastern British Columbia.

Those are the kinds of applications tailor made for CLAIRE. 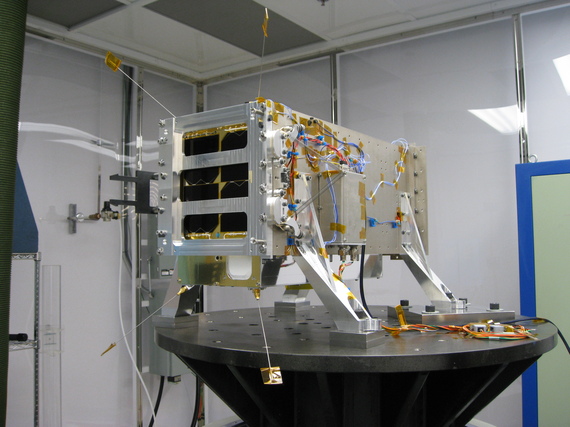 So far, oil-sands producer Suncor has taken a keen interest in the project, Germain says. "They are being taxed on a measurement that is taken once per year. They have cost reasons, production efficiency reasons to want to [know their emissions.]"

Canada's Oil Sands Innovation Alliance has also signed a contract with GHGSat to do a demonstration project with Suncor and Shell, he adds. "We want to facilitate a reduction in emissions, and we want to do that cooperatively with industry."

The company seeks to bring near-total transparency to a world that is often about best guesses. In some cases, with the help of CLAIRE data, regulators will be able to check up on companies that have flown under the radar and perhaps under-reported their emissions.

"Companies have approached us confidentially," allows Germain. "To their credit, they know they have an issue and they want to get ahead of it."

With early stage support from Sustainable Development Technology Canada and additional technical and financial support from Boeing, this eye in the sky is ready to fly.

But demonstrations will be important to prove the technology works as billed. To that end, the company this week launched a Kickstarter campaign that will seek to raise funds for data-collecting flyovers intended to show off what the technology can do.

Germain says he hopes to receive enough cash to scope out up to 20 industrial sites around the world, and prove out the science to governments and other future clients.