Most clams that wind up in the kitchen are there to be eaten, not to eat. But a recent viral video appears to show a clam lapping salt up off a table--at least that's what it looks like.

"That’s the clam’s foot, that is not its tongue," Miriam Goldstein, graduate student researcher in biological oceanography at the Scripps Institute of Oceanography told The Huffington Post. "Clams don’t have tongues in fact, so what that clam is doing is it’s trying to find a place to burrow... clams live in mud and sand and they use their foot to help them dig."

"This clam is trying to dig into the table unsuccessfully," concurred Dr. Dennis Hedgecock, professor of biological sciences at the University of Southern California. "He's not eating the salt."

So what would it look like if the clam was eating?

Clams actually bring in water via two siphons, which are tubes that lead into the body cavity. The water brings bits of food and nutrients, according to Animal Planet. The gills capture oxygen and food from the water, and the food is then brought to the clam's mouth.

"When you open up a clam, they mostly are a stomach, a foot, and they feed by sucking in water...clams are very simple animals," Goldstein said with a laugh. 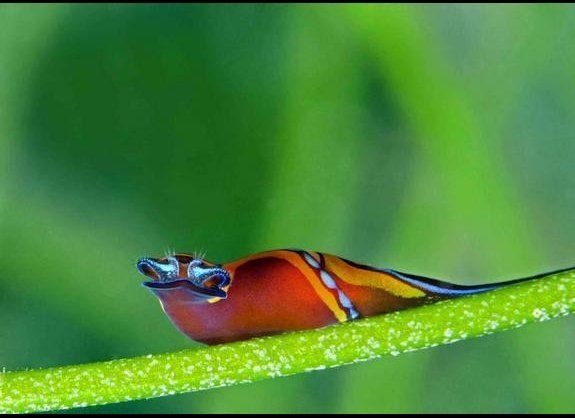