A 911 call from an elderly cancer patient seeking help because he had no food triggered an outpouring of support from across the country. 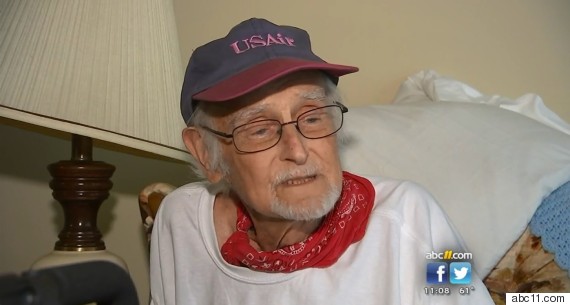 "I've been receiving cards and packages and people have been showing up at my door with bags of groceries," Clarence Blackmon told The Huffington Post. "Not only that, but some ladies even cooked it and brought it to me, and that’s about as good as it can get."

Blackmon said people have been so generous that his phone has been "ringing off the hook" and his cupboards are "overflowing" with food.

"I'm so very thankful," said Blackmon, who has asked a local food bank to take some of the food because he now has "more than I'll ever eat."

An 81-year-old widower and veteran of the U.S. Army, Blackmon lives in Fayetteville, North Carolina. He was diagnosed with prostate cancer in 2008 and can barely stand or walk. His doctor, he said, estimates he has less than a year to live.

His condition prompted him to call 911 for help on May 12.

"What I need is someone to get to the grocery store and bring me some food, because I need to eat something," Blackmon told a 911 operator. "Whatever you can do to help. I can't do anything."

Blackmon said he made the call after returning home from a lengthy hospital stay.

"I thought maybe 911 could help me," Blackmon said. "I was very hungry and had an empty refrigerator."

Blackmon's wife, Wanda, died from cancer in 2011 and he has no relatives living in the area.

Less than an hour after Blackmon's call for help, 911 operator Marilyn Hinson, along with officers from the Fayetteville Police Department, took food to Blackmon's home. Their generosity sparked an outpouring of support from people across the country.

"It's unbelievable -- the love people give you when they know you're in a pickle," Blackmon said.

The generosity, he said, has come from people of all ages.

"A Spanish lady came to see me and told me her children had emptied their piggy banks and wanted to give me their money," said an emotional Blackmon. "This little fellow -- maybe 7 or 8 years old -- handed it to me. He said, 'We wanted to make sure you had something to eat.' I tell you what, I cried like a baby doll. God bless that little fellow's heart." 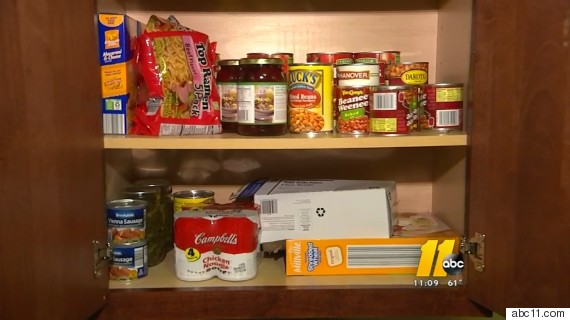 Blackmon said he no longer fears going hungry. He now has everything he needs and was recently visited by a representative from Meals on Wheels, an organization that provides home-delivered meals to people in need.

"They are going to start bringing me meals on Thursday, so I'm all fixed up," Blackmon said. "I thank God for it. Some days I just don’t feel like getting in the kitchen and cooking."

Blackmon said he is overjoyed by all the "incredible wonderful and thoughtful" people who have aided him in his time of need. However, he said he is no longer in need of food donations and is asking that people instead take donations to their local food bank or Salvation Army.

"I'm OK now," he said. "Right now, it's just wonderful to be loved. I can lay down to sleep at night and say, 'Lord, they care. They really, really care.'"