Today is a beautiful day.

It's a day of progress and celebration for those who have fought for and supported marriage equality in the United States. The Supreme Court ruling signifies a brief, shining moment of solidarity and joy. I don't want to ruin this moment. But we need to talk about Clarence Thomas.

More specifically, we need to talk about Clarence Thomas's dissent. It's unsurprising that the notoriously conservative Justice Thomas voted against marriage equality -- his track record when it comes to this issue has been consistently closed-minded. But the arguments made in his same-sex marriage dissent have reached new, terrifying heights of absurdity (and this is a man who once argued that the NBA is proof that racial imbalances aren't always a bad thing). That absurdity needs to be acknowledged.

In one horrifyingly obtuse paragraph, Justice Thomas demonstrates his simplistic concept of oppression. He writes:

Human dignity cannot be taken away by the government? Really? Slaves, who were lawfully stripped of their culture and religion, taught that they were inferior to whites and not even fully human, forced into lives of servitude, abuse, rape, mental and emotional anguish, were not robbed of their basic human dignity? Really?

Clarence Thomas is married to a white woman -- something that would have been illegal today if it weren't for the Supreme Court's historic Loving v. Virginia ruling which deemed discrimination against interracial marriage as unconstitutional. It's dangerous to equate too heavily the black civil rights struggles with those of the LGBT community, but the irony here is still profound. Does Thomas see his marriage as a mere government benefit? If the law of the land stated that he and his wife couldn't be married, simply because he is black, would his dignity truly remain intact? Would he have no sense of injustice?

At the end of the day, Thomas's dignity argument is wholly irrelevant. The dignity of slaves doesn't absolve the United States of its sins. The dignity of Japanese Americans held in internment camps didn't make the discrimination any less real. This idea that maintaining one's dignity makes oppression, marginalization, and the denial of basic human rights okay is beyond ridiculous.

If Clarence Thomas is against marriage equality, so be it: there's nothing he can do about it anyway. But the fact that a Supreme Court Justice could use this reasoning as justification for his decision? That's downright undignified. 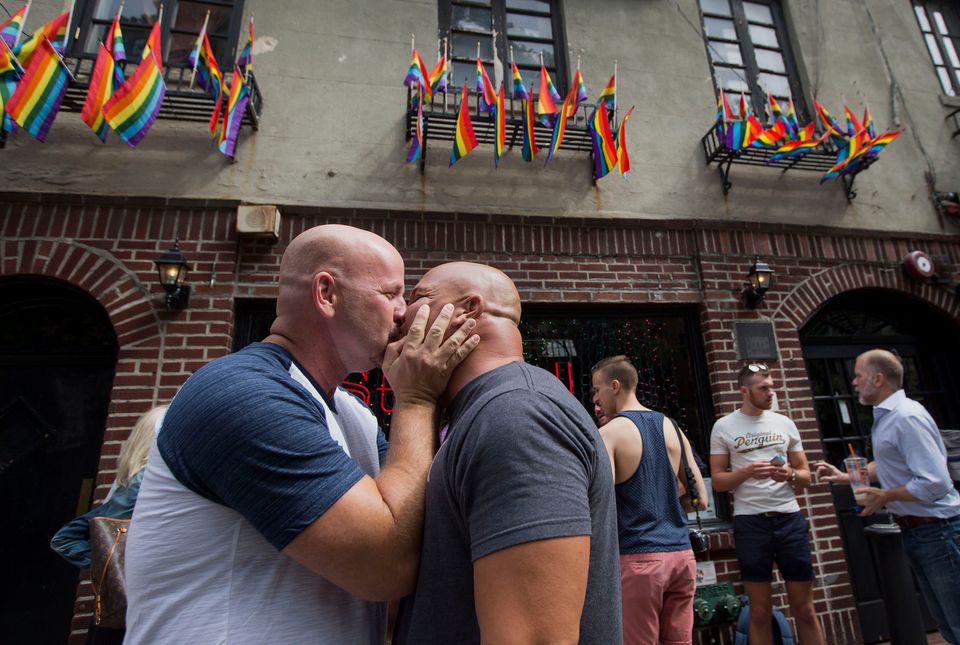 1 / 5
Doug Mest, left, and Mark Pelekakis, second left, of Los Angeles, kiss outside the Stonewall Inn after the U.S. Supreme court ruling in New York, U.S., on Friday, June 26, 2015. Same-sex couples have a constitutional right to marry nationwide, the U.S. Supreme Court said in a historic ruling that caps the biggest civil rights transformation in a half-century. Photographer: Michael Nagle/Bloomberg via Getty Images