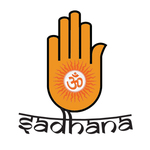 The Carter Center has agreed to support and bolster Sadhana's efforts to build a network and a movement of progressive Hindus committed to social justice and social action. I am cross-posting an exciting piece which was published on their platform.

"If more liberal and leftist Hindus begin to acknowledge their Hindu identity and speak in defense of Hindu heritage, this can only strengthen, not weaken, the secular left. Hindu tradition is not the monopoly of the Shiv Sena, the RSS or indeed any group. It belongs in a specific sense to all Hindus; in a larger sense, to all Indians...; and, in a still larger sense, to the world, as does the Christian or Muslim heritage. It is time to stop allowing the Shiv Sena type of Hindus to be the only ones defining and interpreting Hindu heritage... Other types of Hindus, including more knowledgeable Hindus, and liberal and leftist Hindus, have an equal right and perhaps even an obligation now to claim that heritage before it gets further eroded and destroyed by its self-styled champions."

"Will progressive Hindus be able to move forward the liberatory potential within Hinduism, build a renewed sense of being a Hindu, and become part of the global processes of renewal underway in many other traditions? I believe that this is not only possible, it is a calling that is impossible to neglect. But it requires the unegotistic critique of much of Hindu scriptures, orientation to this world, and practices, and the simultaneous construction of a new Hinduism that will allow progressives to avail themselves of the sagacity that did indeed exist in the crevices of the past; identify with the struggles and spirit of those subalterns who hoped for Hinduism's fundamental renewal, even when facing the brunt of its oppressions; creatively rework Hinduism's large corpus of symbols (including key concepts of maya, karma, dharma, and moksa) so that they become insightful teaching tools for living as a progressive; and establish new institutions (and reform or at least challenge existing ones) that will ensure the durability of the above energies and pave the way for a new understanding of heritage as never exclusive, but a selection from one's particular pasts that belongs to all of humanity's seekers of truth, equity, and justice."

"My hope is that at some point our generation will articulate progressive platforms for what it means to be Hindu and connect that to social action. I want to set a proactive approach to what it means to be a Hindu American. I'm not sure what that looks like but I think we need lot of people to start having the conversation."

"There is a theological vision at the heart of Advaita that affirms the identity and unity of Brahman in all beings as the self (atma). Brahman is the indivisible ground of all that exists. This vision invalidates the assumptions of inequality, impurity, and indignity that are foundations of patriarchy, caste and homophobia. It also provides the insights and values for advocating for justice, dignity and the equal worth of human beings." 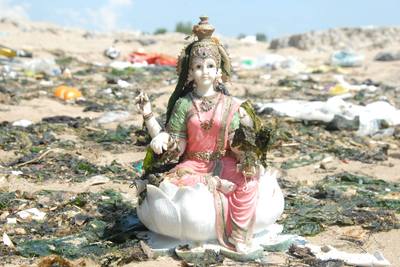 Each of these statements is both pressing in its call for a faith-based Hinduism that takes action for justice in the world, and also hopeful for such a project. We came across each of these statements as our journey began, and each one felt like a miracle because they proved that we were not alone in our impatience to find the Ramakrishnas, Vivekanandas, Aurobindos and Gandhis of our time. Each time we find such co-journers, we string them together like prayer beads, and count them as blessings for our road ahead. Sadhana is in touch with Dr. Vanita, Dr. Natrajan, Dr. Soni and Dr. Rambachan and we think of them and several others as mentors in our work.

Sadhana, an all-volunteer organization thus far, has been very active in its first four years. Project Prithvi is our award-winning grassroots environmental project through which we encourage Hindus to worship in more environmentally-friendly ways. Sadhana enlists community members to participate in monthly cleanups of a Jamaica Bay beach where Hindus worship, leaving ritual offerings that then litter the beach. For this work we were honored by the White House among its "Champions of Change: People of Faith Acting on Climate", the only Hindu group represented.

Throughout this and many other activities we've undertaken in the past four years, including events, conferences, position papers, blogs and articles, we have taken a firm stand against caste and the caste system and for social justice. 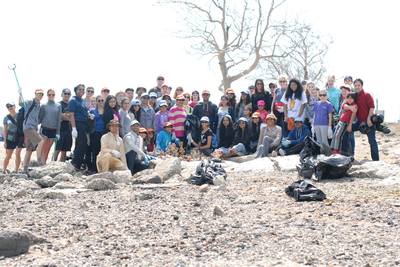 The members of Sadhana are Hindu and are committed to remaining so, and we are equally committed to transforming our faith into action for justice. We have no choice but to continue on this journey, which is at once intensely personal and unabashedly public.

We aspire to build a global movement of Hindus who are concerned about the rights and wellbeing of all the peoples of our planet, and the fate of the planet itself. The Carter Center, which is "guided by a fundamental commitment to human rights and the alleviation of human suffering", is supporting the development of a collaborative network of faith-inspired individuals and organizations devoted to advancing human rights, and in particular those of women and girls. In joining in this effort and forming a global movement of Hindus in action, we seek to:

Be a part of our Hindu movement for justice.
Please email us at info@sadhana.org or via www.sadhana.org.