Clark Gregg, who plays Agent Coulson in a little movie called "Marvel's The Avengers," stopped by the Huffington Post offices on Monday for a chat. Oh, we spoke about "The Avengers." A lot. Which you'll have the chance to read on Tuesday. But, while Gregg was here, he also took the time to reflect on his days as a character actor in a slew of different projects that range from Indiana Jones to "The Usual Suspects" to "Sex and the City."

Ahead, the first memories that came Gregg's mind when asked about his diverse resume.

"Lunch at Hooters with George Lucas."

"Maybe the worst work I ever did, and the closest I ever came to getting fired in the presence of one of my childhood heroes. I wasn't funny. It wasn't a funny line and I couldn't make it funny. And I was super nervous. And I could just see them going, 'Oh no, do we have time to get somebody else?' it was one of my first jobs in L.A. -- it was agony."

"I remember walking into this audition with these two kids who were much younger than me -- Bryan Singer and Chris McQuarrie -- with this incredible script that they were about to make as an indie film, and hitting it off with them. My memory may be kind of narcissistic and deranged, but I felt like they were considering me for a substantial role. Maybe ... I don't know which one. Maybe one of the cops. And then they went to Cannes the next day, and while they were there, someone got a hold of the script and got them a lot of money. And a lot of movie stars. And the next thing I know, I'm in a surgeon's mask. With some burnt up dude going, 'Keyser Soze!'

"From my vantage point, in 'The Avengers,' I can take some pleasure in it. It's a character actor's story: Like people going, 'I saw "The Usual Suspects," who were you?' And, I'm like, 'OK, remember the surgeon?'"

"Sex and the City"

"Great episode. Hilarious because it's funny to watch who comes up to you and you kind of imagine what they're going to say to you first. And it's hilarious the group of people who come up to you and go, 'Sex and the City'! They're either really girlie or really gay."

"You know, from the minute I saw the script, I thought, That is a funny script. An unusual take on love -- the boy is basically the girl in that one. That's a simple thing to put on it to make it work. But, then, you know, from the casting -- Joe Gordon-Levitt and Zooey Deschanel are magnificent -- to the director [Marc Webb] and the tone that he so effortlessly brought to it, it's not like anything that anyone had ever seen. And I had done enough "dick bosses" -- I have a sub-genera of dick bosses. He's so sweet, Mr. Vance. I love that he's like, 'Fire you? I'm concerned that you won't find love.' And I've never been in a movie where the people who come up to me about it more uniformly adored it. If anyone comes up to me and says, 'I didn't like "(500) Days of Summer", I think, Oh. You're a dick."

[Note: Gregg had originally recalled that his lunch at Hooters was with Steven Spielberg, but later remembered that it was actually with George Lucas. This post has been updated with the correct information.]

PHOTOS: Clark Gregg and His "Avengers" Castmates At Tribeca

PHOTO GALLERY
&#039;Marvel&#039;s The Avengers&#039; At Tribeca
Download
Calling all HuffPost superfans!
Sign up for membership to become a founding member and help shape HuffPost's next chapter
Join HuffPost 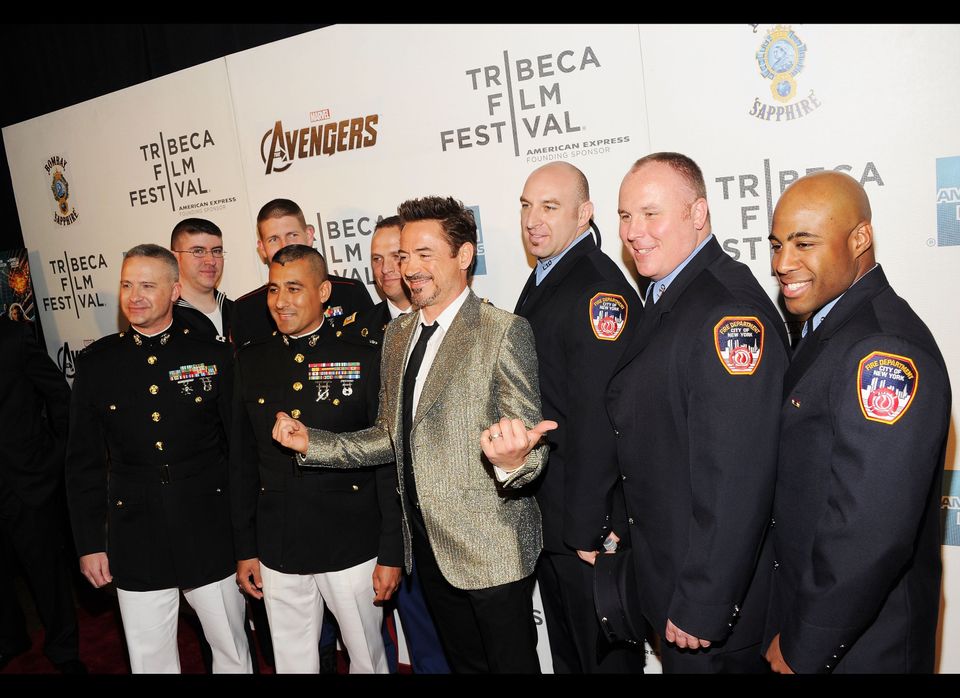