Samuel Huntington miscalculated. Despite the immediate horror of the Charlie Hebdo affair, the coming century will be defined not by a clash of civilizations between the so-called Islamic World and its neighbors but by a fissure--whereby fault lines within the Greater Middle East break and bleed as its peoples seek answers to the age old questions of statehood, national identity and citizenship.

While it is tempting to see the Paris shootings, 9/11, the Bali, London and Madrid bombings as doleful auguries supporting Huntington's thesis, these 4,000 deaths need to be seen as part of a wider ongoing rupturing that has left hundreds of thousands (if not millions) dead on a bloody path stretching from Algeria to Afghanistan.

Since Huntington's 1992 pronouncement, the greater clash has occurred inside the Islamic World. Be it al-Qaeda's campaign against the Al-Saud family, Iraq's Sunni/Shia massacres, the quest for a Kurdish state, the power struggle between Hamas and Fatah, Hezbollah's defiance in Lebanon, Al Shabab chasing sharia in Somali, the Taliban in Pakistan and Afghanistan, the Muslim Brotherhood's travails in Egypt, religious and political divides in Yemen or ISIS in Syria, the conflicts of note have been within, not without. (It must be noted that there are parts of the Islamic World bereft of such violence.) 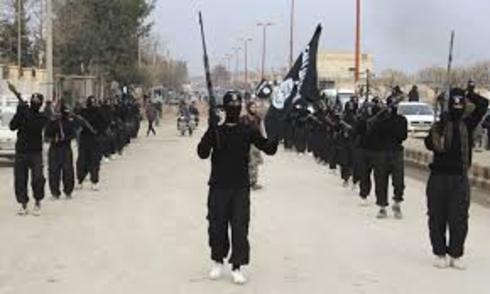 As someone who lived in the Middle East for some time, I must point out how little the people of the region really care about the West. Like everywhere else in the world, newspapers and cafes are dominated by local concerns. The idea that the Islamic World spent its time worrying about a French satirical magazine with a paid circulation of 30,000 is ludicrous. The region took little notice of the cartoons of the Prophet Muhammed published by the Danish newspaper Jyllands-Posten in 2005 until a delegation of offended clerics from Denmark did the rounds in the Middle East to drum up the requisite amount of outrage. The fact that French-born Muslims carried out the Paris attacks is more indicative of secular cracks within the Western world that will have to be addressed in the future.

Admittedly, it is difficult to see an attack on a magazine in Paris as merely a tactical maneuver in a bigger game being played out in the Middle East. But al-Qaeda clearly is fearful that ISIS is now attracting the support that Europe's disaffected Islamic youth used to send its way and chose Charlie Hebdo as a way to reassert its relevance. For Osama Bin Laden and al-Qaeda, the 9/11 attacks were primarily a means to an end. The real prize was Saudi Arabia and the title that its ruler enjoys -- Custodian of the Two Holy Mosques. When the West suffers blowback, unholy alliances with despots and dictators are often the deciding factor. If Japan had been the country bolstering the Al-Saud clan, those planes would have been directed at Tokyo not New York.

It is also important to stress that despite this focus on the "Islamic World," the myriad of Middle Eastern conflicts mentioned above are primarily political -- about land, leadership and colonial legacy. While religion can play an important role in demarcating the teams, ultimately these disputes are about who controls the levers of power, interspersed with more philosophical questions such as the role of religion in society.

The West has been here before.

Just as the Protestant/Catholic reformations in 17th century Europe fueled the broader geo-political ambitions of the Thirty Years War, modern day divides such as Sunni/Shiite and fundamentalist/ moderate are useful tools for those in the Middle East with political ambitions. Despite the soul-searching that follows every attack on the West by a radicalized Muslim, the "specter of Islam" has haunted Europe for some time -- the Ottoman Empire played that role effectively for centuries. (Successive Ottoman Sultans of the Sunni faith had their European ambitions continually hampered by ongoing warfare with the Shiite Safavid Empire in Persia.)

Despite the long-standing fears of Christendom, the expansionist Ottomans even reached the gates of Vienna, the more defining clashes in European history have been internal. In the 20th century, Europe witnessed industrial scale slaughter as nations wrestled with the issues we mentioned at the start of this discussion -- statehood, national identity and citizenship -- as they sought to replace the old order with a more just form of governance.

We can only hope that the Islamic World does a better job at resolving those same questions.

Irish journalist and author, "Dubai Dreams: Inside the Kingdom of Bling"