What do Elton John, Grace Slick, Eric Clapton, Frank Zappa and David Crosby have in common? They were all photographed, at home with their parents (though in Clapton's case, grandmother), for the September 24, 1971 issue of LIFE Magazine. In these images, we get a rare glimpse at the people who probably once told these icons that they should pick a more profitable line of work. But, what are we holding you up for? Check out the images below and see for yourself -- and for more photos of classic rock stars at home with their parents, visit LIFE.com. 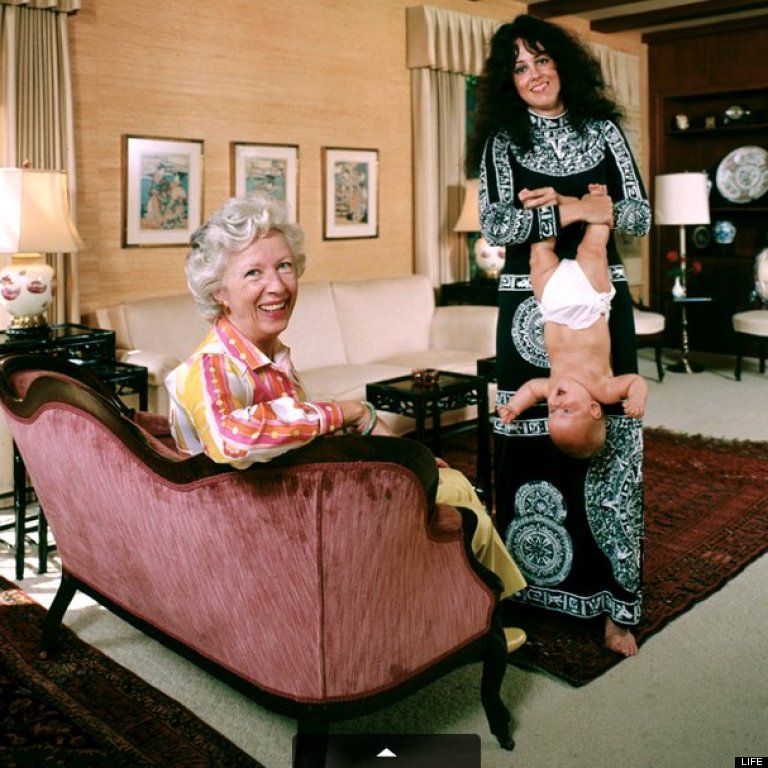 Slick revealed to the Wall Street Journal that, growing up, "I wanted to express myself in a way that slammed people up against the wall."

Frank Zappa, with his dad Francis, and mother, Rosemarie...and a cat. 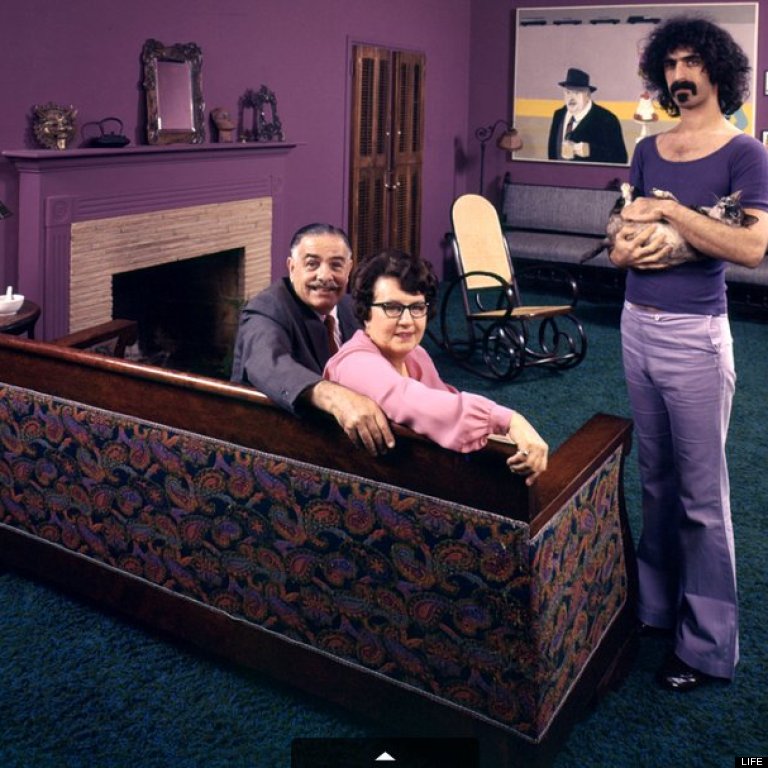 John Olson, the photographer for this series, had been warned that Zappa might be difficult, but the reality was the star was "very professional." Also, let's take a moment to appreciate this enthusiastic use of the color purple.

Elton John, with his mother Sheila Fairebrother and stepfather Fred 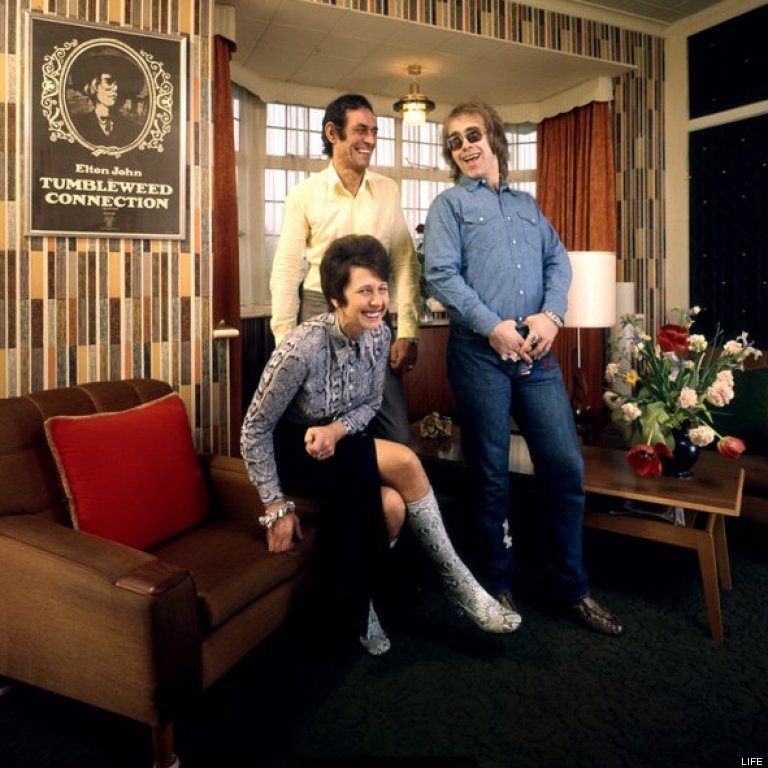 This photo didn't run with the original spread. Later, in 1978, when John had come out, Fairebrother would say to People magazine, "[...] If he chooses a life with another man, that doesn't worry me. I just want him to be happy." However, in 2011, Fairebrother spoke of a rift between her and her son.

David Crosby, with his dad Floyd 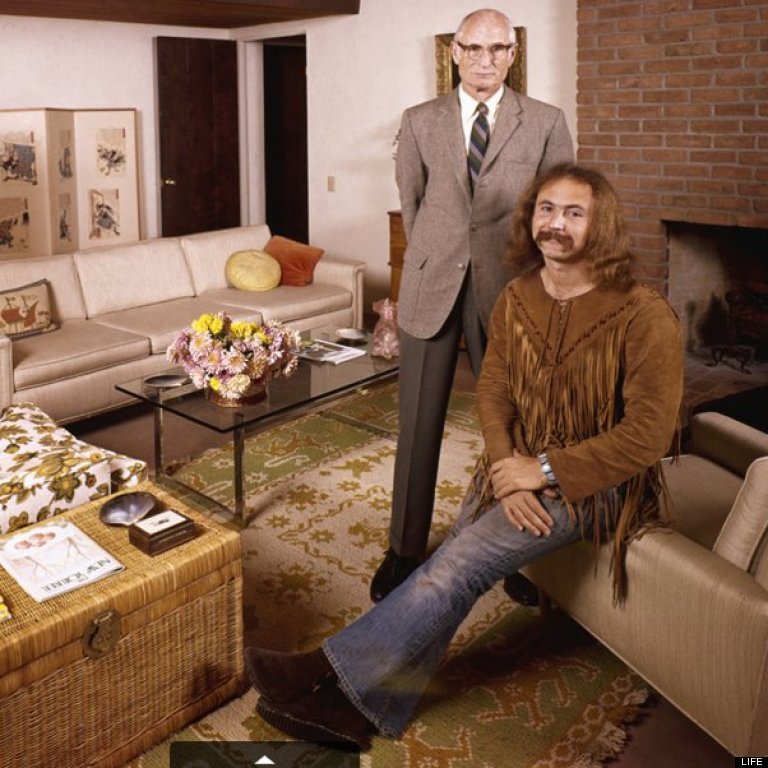 Crosby's upbringing directly influenced his career choice. He once told CBS, "We didn't have a TV, so we sang songs. So I started singing harmony when I was about 6." 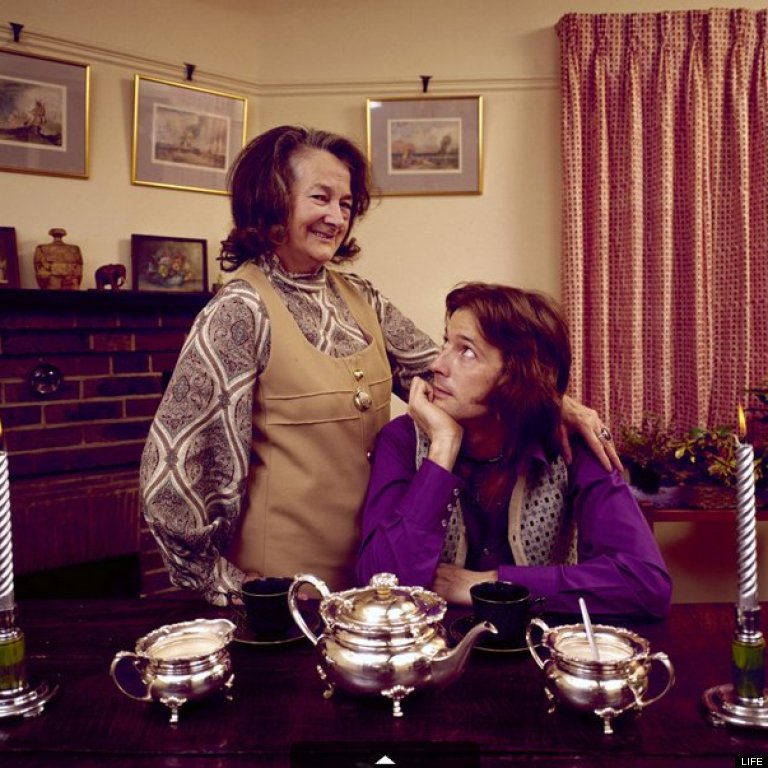 Clapton grew up thinking that Clapp was his actual mother -- when in reality, it was his "sister," who had been 16 when she gave birth. Here, Clapp shows off her silver tea set.