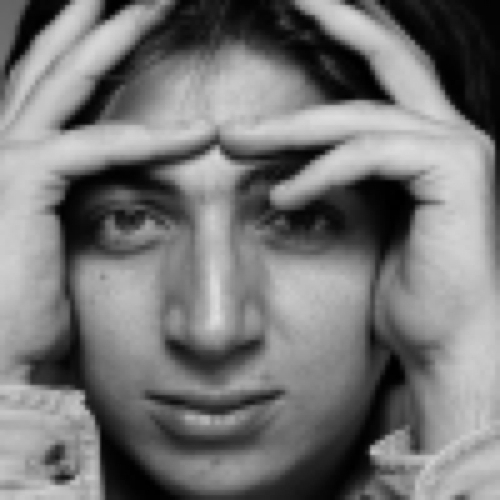 Ramin Bahrami made his U.S.A. debut Wednesday night in the Bram Goldsmith Theater at the new Wallis Annenberg Center for the Performing Arts in Beverly Hills 90210. He is in late 30s, a bit portly and unprepossessing in appearance, but once Bahrami started the music rolled out inevitably from the Steinway he was playing and went directly into the hearts of the audience. Bahrami's seductive and cleverly constructed program intertwined J.S. Bach and Domenico Scarlatti so seamlessly and organically that at times it was hard to know which composer was being played.

Bahrami began with an uncharacteristically terse and angry Scarlatti "Aria K. 32," leavened by the gentle strains of the "Sonata in G major K. 289," at which point Bach's fifth "French Suite" immediately flowed from Bahrami's hands. The playing was fluid, impetuous, lush at times, transforming a close knowledge of Baroque ornamentation into something so elaborate and colorful that occasionally it took over from the original Bach, which is okay in my book because you can't help but smile in the pleasure and joy such playing brings. This careless impetuosity extended to the spaces between individual movements of the Bach which Bahrami sailed through, as if each "Suite" were one continuous piece of music, absolutely true to the idea of how passion infuses and inspires the creative act.

The rest of the evening was like that, one astonishing discovery after another. After the first half ended with Scarlatti's "Sonata" in D major K. 282 and the beautifully serious, A minor strains of Bach's second "English Suite," Bahrami returned with a trio of Scarlatti concluding with the iconic "Sonata" in C Major K. 159 in which he burrowed deep into the music's chains of trills with monkish introspection illuminated by flashes of Lisztian virtuosity at unexpected, idiosyncratic places in key phrases, as if revealing for the first time what truly lay behind the music's hold on the senses. And all of this was just to set the stage for a performance that put Bach's youthful, 15-minute long "Aria variata BWV 989" clearly alongside his more famous Goldberg Variations in its absorbing power and depth.

The Aria is a simple piece, subtitled "alla maniera italiano," which Bahrami understood to mean in a flowing, sensuous style distinct from the the ingratiating, tuneful French and the pietist English "Suites" he played on the first half. The scheduled program concluded with a sumptuous, showy performance of Bach's "Italian Concerto" which demanded an encore and what else than a fireworks-riddled adaptation by Bahrami himself of Johann Strauss Jr. in one of his most festive showy moods.

Bahrami, whose parents emigrated from Tehran after the revolution, is a big star in Italy where the local branch of Decca has recorded him in 10 CDs worth of Bach including the Goldberg Variations, the "Suites" and Art of the Fugue; only his recording of Bach's five piano concertos, however, is available in the U.S. (perhaps because the orchestra is the more internationally marketable Leipzig Gewandhaus and the conductor is Riccardo Chailly). Too bad for Bahrami fans in the U.S., although there is a lot of material on YouTube; and of course, you can get all of the Bahrami you want in Canada and other culturally enlightened lands.

Adding to the charm of the event was the new Wallis Annenberg Performing Arts Center itself which has renovated and incorporated the city's beloved old Post Office from 1933 as part of a series of connected buildings that unmistakably represent Beverly Hills cool money modified by civic sobriety. The result inside the hall itself is stunning, lots of wood and gold, very comfortable seats, and intimate, immediate sound of audiophile quality.