I have been a professional opera singer for over 36 years.

I don't have enough digits to count the times I have been either approached inappropriately sexually, had to pretend to ignore innuendo, or had to remain teflon-coated when borderline sexist comments have been made.

Curiously enough, these experiences did not occur with men one would expect to congregate in the locker room. They are men considered movers and shakers in the classical music world. They are in positions of authority and fame.

Years ago, a manager in the business, (in classical music they are called "managers;" in other performing arts they are called "agents") told me that male singers tend to make more per performance than female singers. I was stunned. Nothing to be done about that. How would one even begin? The fees are not something openly discussed and it would be hard to find out exactly what one is paid and hard to determine comparable fees for comparable roles. Yet, even in roles that may have a similar number of notes, same level of difficulty, for instance in what we call an ensemble opera-equal roles for men and women, the men were paid more than the women.

If that is not bad enough, certain male colleagues felt it their point to comment on the appeal of my rear end. Numerous times when climbing stairs in shows I have had comments. In Italy I had a couple male colleagues ridicule me when I complained once about the men in the city who would make lewd comments while I walked to rehearsals. They told me I was overreacting.

There is a very clear line between flattery and innuendo. In the arts it is really near impossible to prove when sexual harassment occurs unless it is flat out sexual assault. It should not come to that. Some men in power are above any accountability. Many are tremendously talented. Few can even match their level, so people look the other way when they act inappropriately. 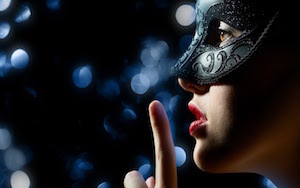 I have had a major conductor accost me in my dressing room prior to a performance. At first I felt flattered but then I felt gross and like one of many. Moreover, since it happened right before a performance I could not just walk out. I had to continue and perform. I spurred this man's advances. After six years of working together quite regularly, he never hired me again. This was a man I admired and from whom I had learned so much. I do not regret the work and I cannot replace what I learned, but I have always been baffled and saddened that, by not accepting his advances, he could not put his ego aside and still hire me. My singing was at a very high level then. There was no way I could speak publicly about the incident or even to any of the higher-ups at the symphony where I had been performing.

Another incident happened when a well-known, highly-regarded and, frankly, a true advocate for the arts and a real family man felt it was his right to not only kiss me in the dressing room but also pursue me outside of the working environment. Again, I was flattered. (Who would even think a man in such a high place would give me the time of day? He was downright famous.) But the more I said no, the less work I had with the guy. He had the power to cast operas and concerts in which he sang. As I said, at first I was flattered, even though I said no and pointed out that he was married. But as time went on and he knew he would be getting nowhere, I was no longer invited to work with or for him. Again, it made me sad because I could put aside the advances and stay professional but he could not. Some of the highest quality performances in my career had been with this man. It was exhilarating as a performer to work at such a high musical level. I felt as though I had been black-listed. Even now, I do not mention names because it will not matter. Moreover, among most women in the industry it is a well-known fact. I am one of many.

There is no proving any of this because it is a "he-said she-said" situation. It is quite common in the arts. Lastly, and more horrific, I was with two male colleagues at dinner in Vienna and one was a perfect gentleman and the other, after a couple drinks, became a total boor. He felt he could put his hand on my crotch at dinner and afterwards in the cab told me "you know you want it" when I put him off. Fortunately, the other guy took the high road and made him back off. If it had just been the two of us at that restaurant or in that cab I am not sure what would have happened. I had to go to rehearsal the next day and act like nothing had happened. No one in the arts wants a whiner. You have to do the job.

If I had stood up to these men by reporting them, I know my career would have been over long ago. It is not right but it is how it is. I might point out that it is not just women who experience this. I see this happening to gay men all the time in the business.

There are hundreds of us out there. It is very wrong.