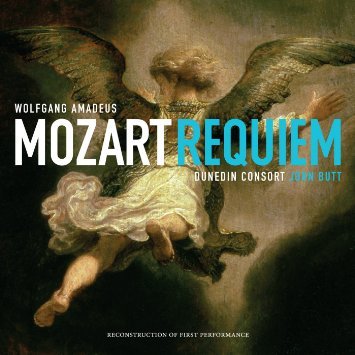 New classical vinyl pressed from pre-digital, analogue recordings may be fighting a losing battle. Sales are not spectacular - non-classical vinyl has caught on big in an entirely different, not just for audiophiles, hands-on way. But the thrill of hearing a new LP for the first time is still there. And they do link the major companies to a time when the recording art was at its best. Which is a good thing, because even though music on any medium is about sex, on vinyl it was always about sex for the first time.

If you fancy the experience, there’s still lots of vinyl from the good old days available at shops like Record Surplus in West LA and the internet. There are three possible issues with both used and mint LPs.

1. If they were well-maintained and played only once a day, an urban myth has it that vinyl can last for 99 years.

2. Major markets had their own mastering characteristics; US designed to sound good on highly-colored acoustic reflex speakers, UK on BBC 3/5A and Quad electrostatic models.

3. Pressing quality. English was the best, French (until the late 1970s) was the worst.

If you have the bread, brand new vinyl in the form of heavyweight 180g pressings by Europe’s finest plants of analogue and early digital recordings, can sound awesome and are priced accordingly. They are not immune to surface noise so buy from a reputable dealer. If you want to be zen about it, follow the advice of legendary Sonic Arts producer Leo Kulke who played new vinyls once “to knock off the edges” and then cleaned them on a professional vinyl cleaning machine. 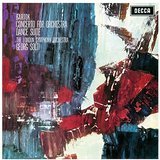 When Georg Solti’s 1965 recordings of Bela Bartok’s Concerto for Orchestra and Dance Suite with the London Symphony Orchestra were released, they set standards in sound and performance that lasted for the rest of the decade. They were brilliant statements of Decca’s commitment to doing what Disney and Stokowski had done for classical music in Fantasia – without the color animation. It was just the musicians, Bartok and your loudspeakers, and the effect was explosive.

Nothing has been lost in the new pressing: Bartok himself is there when his music is played with this kind of intensity and the commanding sweep of Solti’s laying out of the two pieces is like an rainbow arc. The original release had a harsh brightness to it which not even the best systems could completely tame, and it’s also been preserved. The vinyl is handsomely presented, with the original artwork; the pressing was done by optimal GmbH, the new lacquers were mastered and cut from the original Decca analogue tapes at Abbey Road Studios by Sean Magee.

Throw in the original LP cover, which perfectly mirrors the lines and fervid drive of Solti’s performances, and Margaret Bent’s businesslike liner notes, and you’re back in the mid 1960s when the next disc on the turntable for me could have been the Beatles’ newest or the Boston Symphony new recording of Mahler’s Fifth Symphony. 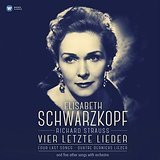 This odd couple pairing of the ultimate German operatic queen with the disciplinarian conductor produced heady results in this treacherously flexible but gorgeous Romantic music. Headlined by Strauss’s Four Last Songs, it gave Schwarzkopf, just past her glorious prime, the extra room and emotional dimensions she needed to float and phrase the high notes with the sublime ease of her youth.

The recording venue was the Grunewaldkirche, Berlin; the producer was Schwarzkopf’s husband, the legendary Walter Legge. The sound was rich in the German way at the time, compromising accuracy a bit for atmosphere, perhaps with an ear cocked towards what they felt sure would be the future: multi-channel sound.

This vinyl re-issue is spectacularly audiophile in the four orchestral songs, casually throwing off moment after moment of instrumental splashes of texture and color while Schwarzkopf is singing her ecstatic musical heart out. 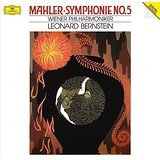 With this limited-edition, heavyweight vinyl repressing of Leonard Bernstein’s live performance of Mahler’s Fifth Symphony with the Vienna Philharmonic in 1987, you can mainline the essential Mahler experience in just over an hour.

Everything is bigger than life, dynamic range is wider, textures are denser and more Technicolor, and in the pivotal first movement, the terrifying Funeral March with the trumpet of death playing what Tom Morgan’s excellent liner notes call “a repeated tattoo,” like a beast slouching from the Opera House in Frankfurt am Main, where the performance took place. It is immense.

The sound has tremendous size and visceral impact, the harshness of the sound overwhelmed by the compelling, episodic surges. The 2 LPs come shrink-wrapped in the double fold sleeve that was customary at the time, wth “Digital Recording” tipped in at the top right corner of the front cover. The LPs come with a voucher entitling the holder to download “the digital audio files of the full album for free.”

Audiophile icon Linn Records' new recording of Mozart’s Requiem reimagines what Mozart’s most celebrated sacred work may have sounded like at its very first performance at St. Michael’s Church in Vienna in 1792. The expressive power that results from scrupulous, hi-def scholarly attention to detail gives the players total fluency with the musical narrative, with marvelous brass work including a trombone solo by Philip Dale that almost steals the show. The four soloists are ideally balanced, and since they also form part of the chorus, the vocal/choral flow is seamless.

The ironic thing is that this iconic Catholic Church mass receive one of its most sumptuous recordings in aesthetically incongruous (but acoustically resplendent) Greyfriar’s Kirk in Edinburgh, the very antithesis of an Austrian Baroque church or cathedral.

The pressing by Pallas is a big part of the story. While the sound on the corresponding CD or hi-def download are prime Linn, the vinyl is something else, with a presence that says analogue. On the CD you get three extra tracks, Mozart’s "Misericordias Domini, K. 222," which may have been performed at the same church during the last year of Mozart’s life, plus alternate readings of the opening Introit and the "Kyrie Eleison.") In addition to all the other goodies, conductor John Butt’s liner note is a model of absorbing, relevant information delivered as if it were a New Yorker story. 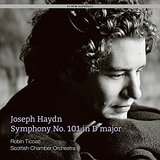 If your turntable can run at 45 rpm, this superb, digitally-sourced vinyl is a rare opportunity to hear Haydn full out. With the 40 members of the Scottish Chamber Orchestra playing like the hand-picked virtuosos they are, the big explosions sound wonderful, especially with the volume turned way up. And in every measure, the instrumental detail is so precise and intense, and played so beautifully, that the overall effect is just the way Haydn must have heard them in his head, and the recording venue, Usher Hall in Edinburgh, sounds magnificent.

To fully enjoy this remarkable new release and its near analogue-quality sound, you will need the companion Linn CD which not only adds similarly-life enhancing, audiophile performances of Haydn’s Hornsignal and 70th symphonies plus extensive, absorbing, provocative liner notes by Richard Taruskin, John Humphries and Martin Ennis (the LP includes only the latter).