"There is nothing like returning to a place that remains unchanged," Nelson Mandela wrote once, "to find the ways in which you yourself have altered."

Unless you're Claudia Schiffer, of course, and returning to the brand that launched your name several decades ago proves just how much you've stayed the same.

The German supermodel will be revisiting her famous black and white ads for Guess?, shooting a series of similar spots in honor of the brand's 30th anniversary. Just as she did in her six campaigns shot between 1989 and 1991, Schiffer will be posing for photographer Ellen von Unwerth.

But Ellen's photographs, particularly one showing Claudia with upswept hair wearing nothing but a black lace bustier, made everyone take notice. At the time, she was just around 19 years old.

Now Claudia, 41, is a married mother of three who spends more time behind the scenes designing knitwear than modeling. And yet in front of the camera, she doesn't seem to have aged at all since 1989. If not for the "30 Sexy years!" scrawled across the new ads, we wouldn't be able to tell which were the vintage spots and which were shot this year. 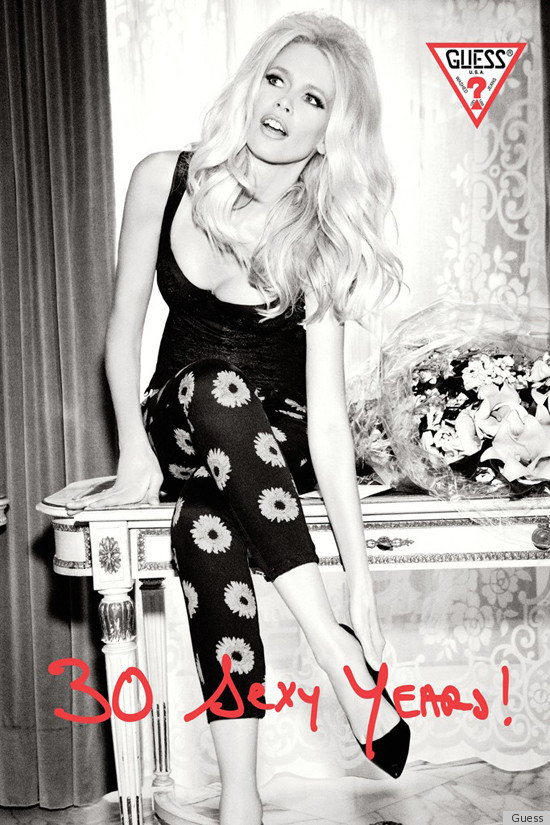 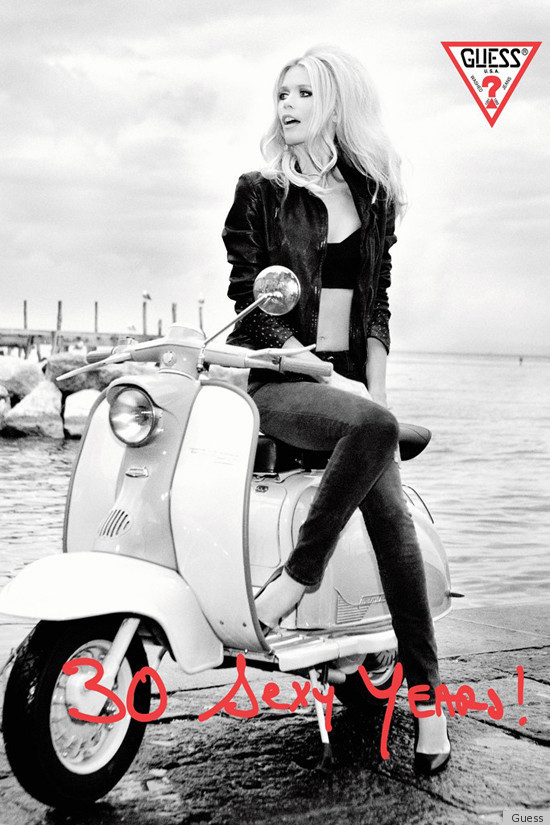 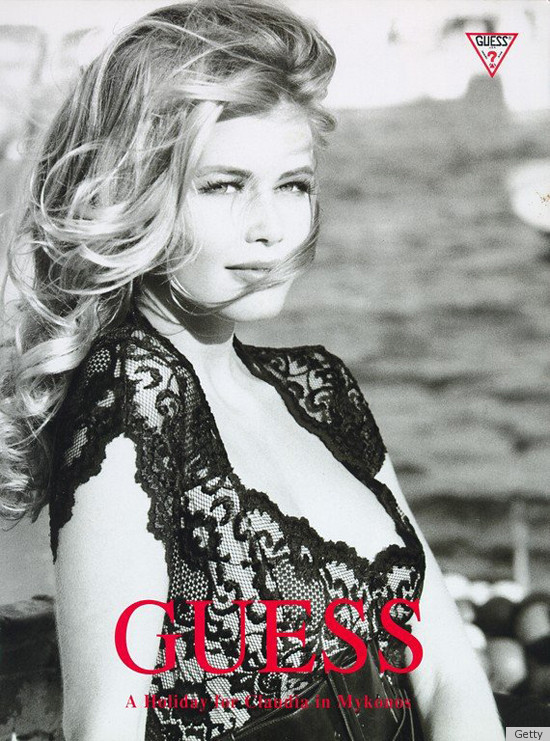 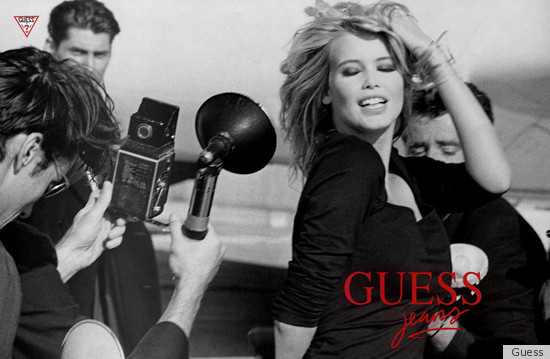 See vintage fashion from Claudia's past!