He is well-mannered and reserved.

When it came time to pick a best man for my wedding, it didn't require any deep thought. Clay is the best man I know.

Clay's life has been one of defining moments.

The first (by several minutes) of twin boys born to Hank and Annette Bigler, Clay was born into a comfortable lifestyle. Hank was a rising young bank officer at the Hibernia Bank, one of the oldest and most respected in New Orleans. Both Clay and his brother attended fine private schools in New Orleans. Hank was looking at a prosperous career, but a sudden battle with heart disease took his life while he was in his 40s.

At age 10, Clay was thrust into being head of the family. The role of parent and child became reversed and Clay cooked the meals and ran the household. Although he stayed in school, things like sports and outside activities went by the wayside.

His incredible work ethic was driven by survival, but one that remains with him until this day.

One reason that Clay was attracted to helping injured people with their money goes back to his childhood. He had to develop his caregiving skills and learned from a negative example as his family went through the money that Hank left them. With his family tapped out, Clay had to miss his senior year of high school in New Orleans and finish in Lexington, Ky., where he knew no one but some distant family members.

When I met Clay, he was working three different jobs as a waiter, handyman and computer geek. He was also attending the University of Kentucky where he was in the emergency management program before switching to computer science.

At that point, the insular nature of his upbringing made him incredibly shy. He seemed like a decent guy, but not one who I wanted to date my daughter.

Thank God my daughter Gena didn't listen to me. She never listened to me much, but this is one where Dad was dead wrong. She fell for him immediately, and after 20 years, you would think they were still on a honeymoon.

I was right about the 30 guys that I ran off before him, but completely missed on Clay.

My take on Clay changed when he and Gena devoted themselves to a national service project called AmeriCorps. Their service in AmeriCorps made an impact on Newport, Vermont, where they lived. It also made a huge impact on Clay and Gena.

They lived in a city where the United States-Canadian border went through the library in the center of town. (I accidentally drove across the Canadian border, but in those pre-9/11 days, the Mountie turned me back around to the USA instead of shooting me.)

Gena helped to run a domestic violence center and Clay did a lot of fascinating things for a school system in nearby New Hampshire, such as setting up their first computer network and working with special needs children.

I could see their rapid maturity and how their work for the non-profits would benefit my structured settlement and financial planning business. I first hired Gena to do public relations and marketing work, and a few months later, I hired Clay away from the University of Kentucky computer lab to be my computer guru.

Both of them are still there, but in more high-powered positions.

Clay went from McNay Settlement Group's computer guru to office manager over the next few years. He is the kind of guy who reads every memo, regulation, book and manual, but I never thought of him as the kind of personality who would be out front, meeting with clients.

Then he ran for political office.

The great irony is that my family is littered with potential office holders. Many of us looked at running for various things, but no one had ever taken the jump.

I was in. Only one problem: I had just moved to Berea the year before and knew 11 people. Clay had moved there two years before and knew fewer than that. It's a very small town where everyone was either born there or connected to Berea College. Clay was neither.

There was a slew of people running for council and the top eight people were elected.

If he had run in a city where he actually knew someone, it would have made the race a lot easier, but Clay went at it when an enthusiasm and vigor that was amazing. He knocked on every door in city several times over. Gena ran his campaign and organized a devoted political machine. He broke the record for most money raised in a Berea campaign (which I think he still holds 12 years later) and went from completely and totally unknown to major contender.

He missed making city council by about 40 votes, but the shy, computer geek had transformed into an outgoing and lovable personality. Every civic group in the region wanted him on their board of directors.

And I wanted him to be a structured settlement consultant.

A city councilman was lost, but a financial guru was gained.

With his mastery of detail and technological skills, combined with a "show no fear" personality, Clay became a superstar in the structured settlement business. Within two years, he was named to the top of the Million Dollar Round Table, which is the highest honor in the financial services industry.

Then the next life-changing event, fatherhood, came along.

Gena and Clay were married for several years before they had children. Like many of my friends in the same boat (I am not sure why this happens, but it does), as soon as they started seriously looking at adoption, they found they were going to have their first child. And then a second a few years later.

Gena and Clay are devoted parents, and Clay is one of those personalities that takes to child rearing naturally. He and I had to learn to change our first diaper together with my oldest grandson, but he had it down to an art form by the time his children came along.

When you watch him with his children, you see the kind of love that every child should be blessed with.

Although I adore Arianna Huffington, who gave me the opportunity to write for The Huffington Post when it was still in its infancy, I have often disagreed with a point she made in her book, Third World America.

Arianna's book was a call to political action and she said that we needed to do more than be good neighbors and good citizens.

Clay is one of those examples of why I feel the other way. I suspect there is a chance that Clay could move into government service from business in the future, like when his children are in college. The spirit of public service that AmeriCorps instilled stays with him, but Clay is a man who believes in giving back.

But in a world where we don't have as many truly devoted fathers and husbands, Clay is a good role model for how to do it right. In a world where Wall Street scandals jump from the headlines, Clay has a loyal following of clients who depend on his honor, knowledge and work ethic. Clay's not in the news every day, but that is not something that he really wants or needs.

A society of Clay Biglers would be an awfully good one.

Don McNay, CLU, ChFC, MSFS, CSSC is a best selling author and one of the world's leading authorities on what to do when you win the lottery. He is Chairman of the Board for McNay Settlement Group Inc, where Clay Bigler serves as President. 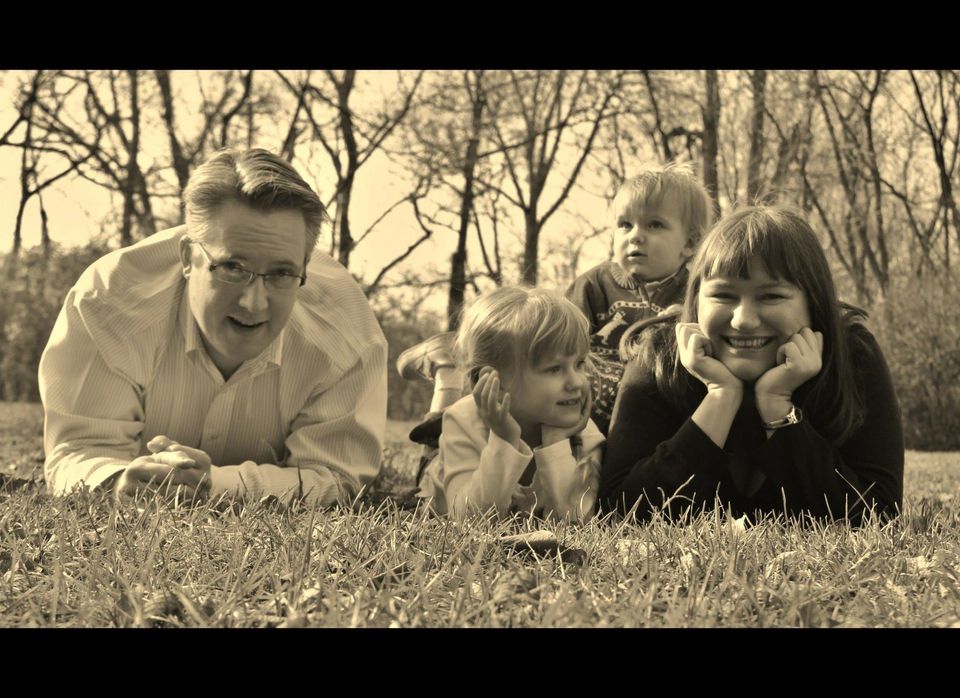