A Mississippi State University archaeological team uncovered six official clay seals at a dig in southern Israel -- offering some support for the reigns of King David and his wise son Solomon as found in the Hebrew Bible.

The seals, or bullae, were found at a site near Gaza called Khirbet Summeily and used to seal important documents. Ancient people would wrap a string around a rolled sheet of papyrus, then place a lump of clay on it and stamp it with the seal, according to James Hardin, an associate professor at MSU’s Department of Anthropology and Middle Eastern Cultures. The only way to read the document was to break the clay. 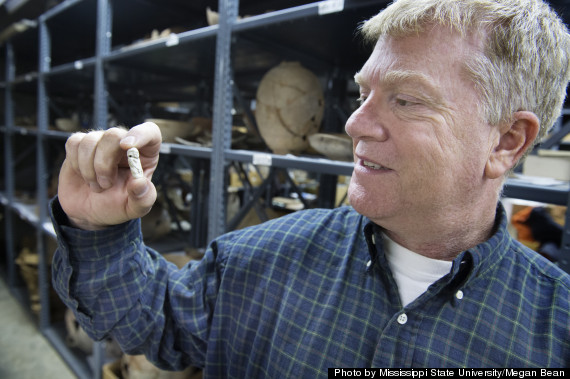 Jimmy Hardin co-directed a team in Israel that found archaeological evidence from the time of kings David and Solomon. In his MSU laboratory, Hardin examines an Egyptian figurine dating to the 10th or 11th century BC.

Around 1200 B.C., Hardin says that the great states of the Bronze Age collapsed and left a vacuum of power. At the same time, there may have been a period of great climatological disasters, such as earthquakes and storms. The unrest and upheaval may have eventually led to the formation of smaller kingdoms -- like Judah, Israel, and Philistia.

For some time, scholars have debated whether that kind of complex political activity started in the region during the 10th century or if it happened much later, perhaps as late as the 8th century B.C.

In the December 2014 issue of Near Eastern Archaeology, Hardin argues that these bullae are proof that complex governmental organization happened at Khirbet Summeily during the 10th century B.C. -- which is commonly thought of as the era that David and Solomon would have walked the earth.

"Our preliminary results indicated that this site is integrated into a political entity that is typified by elite activities, suggesting that a state was already being formed in the 10th century B.C.," Hardin told Science Daily. "We are very positive that these bullae are associated with the Iron Age IIA, which we date to the 10th century B.C., and which lends general support to the historical veracity of David and Solomon as recorded in the Hebrew biblical texts.

"These appear to be the only known examples of bullae from the 10th century, making this discovery unique," he said.

Carbon 14 dating techniques helped narrow the time frame, but Hardin wanted to experiment further by using a technique called archaeomagnetism. This type of dating tries to determine the age of an artifact by observing the mark left on its minerals by Earth’s magnetic field.

Using information gleaned from archaeomagnetic dating, ceramic typology, the style of scarabs found at the site and from research at nearby archaeological sites, Hardin said it is clear that complex political organization happened at Khirbet Summeily early in the 10th century. 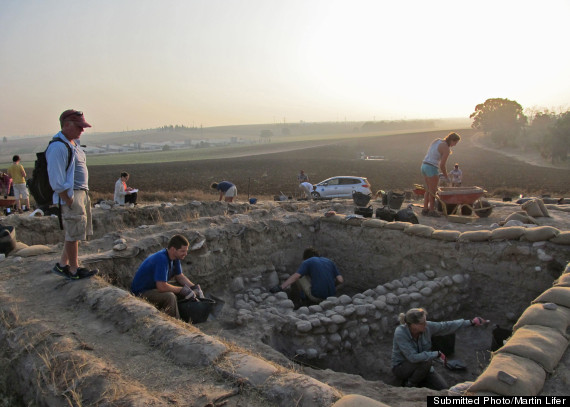 At sunrise, Jimmy Hardin, Mississippi State University associate professor of archaeology, looks over the university’s dig at Khirbet Summeily in the Negev Desert near Beersheva in southern Israel.

However, in an interview with The Huffington Post, he acknowledged that archaeology can’t necessarily be used to prove beyond a doubt that the Bible stories about these legendary men are true.

“That’s a personal thing,” he said. “What I think archaeology does do well is create a context in which to understand the events of the Bible.”