LAS VEGAS (AP) — Shawn Seipler is on a mission to save lives with soap.

It began about seven years ago as a tiny operation with a few friends and family in a single-car garage in Orlando, Florida, where they used meat grinders, potato peelers and cookers to recycle used soap into fresh bars. 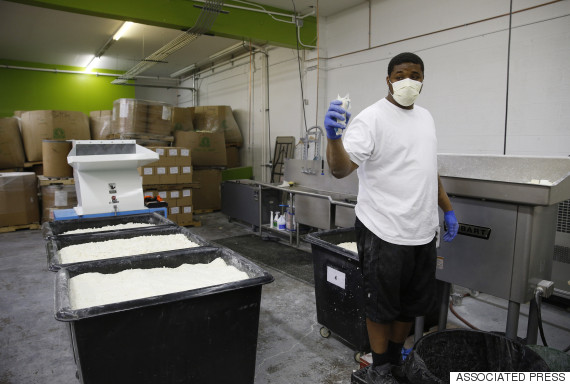 Jabir Hennix grinds up used bars of soap at Clean the World in Las Vegas.

The nonprofit initiative, now called Clean the World, has since grown to include industrial recycling facilities in Las Vegas, Orlando and Hong Kong, cities where hotels are plentiful and used bars of soap can be gathered easily by the thousands.

A frequent traveler as a tech company employee, Seipler had a thought one night at a Minneapolis hotel. 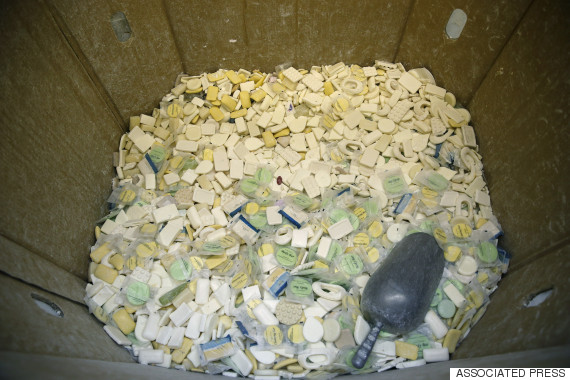 A box of used bars of soap ready to be ground up.

"I picked up the phone and called the front desk and asked them what happens to the bar of soap when I'm done using it," he recalled. "They said they just threw it away."

Seipler, now the group's CEO, said some research revealed that millions of used bars of soap from hotels worldwide are sent to landfills every day while many people in developing nations are dying from illnesses that could be prevented with access to simple hygiene products. 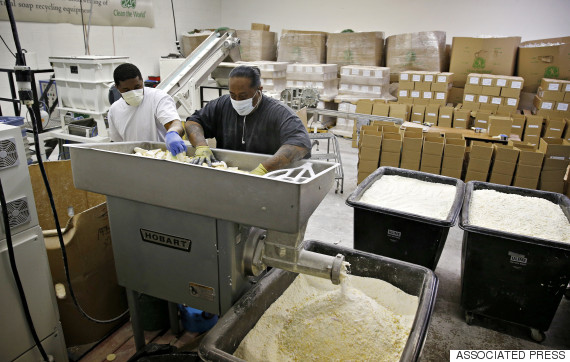 Jabir Hennix, left, and Sia Leleua grind up used bars of soap at Clean the World in Las Vegas.

Thus began his mission to help save lives with soap and even half-used bottled amenities like shampoo.

"It's a huge problem," said Dr. William Schaffner, a professor of preventive medicine and an infectious disease specialist at Vanderbilt University Medical Center in Nashville, Tennessee. "One of the most common kinds of illnesses in the world are those that are transmitted from person to person and to oneself because of germs that are on one's hands."

In the U.S. and other developed nations, Schaffner noted, people take hygiene products for granted because they are everywhere — soap in public restrooms and even cleanser wipes at the entrances of grocery stores to sanitize shopping cart handles.

Not so in some other countries. Schaffner recalled visiting a hospital in the Middle East to find soap was in such short supply that patients had to provide their own or go without.

"It's such a fundamental part of the interruption of transmission of infectious agents that could save so many lives," he said. "It's not a magic wand, but it's a very important element."

Clean the World announced this week that it was partnering with the similar Global Soap organization to increase production, hygiene education and delivery.

The combined group now collects used soap from more than 4,000 hotels and says it has delivered some 25 million bars to 99 countries, including homeless shelters in the U.S.

The process is fairly simple, with the collected soap getting shredded, run through machines that remove any residual bacteria and then pressed into new bars and packaged for delivery.

The group uses local aid and non-governmental organizations to help with distribution and education, as well as sending their own teams into rural communities around the world to hand-deliver hygiene products and to teach residents about the importance of keeping clean.

"A lot of people are surprised to find out that one of the most effective ways to prevent many deaths is actually just hand-washing with soap," Global Soap director Sam Stephens said. "We're hoping to make a difference."

To take action on pressing health issues, check out the Global Citizen's widget below.
Download
Calling all HuffPost superfans!
Sign up for membership to become a founding member and help shape HuffPost's next chapter
Join HuffPost 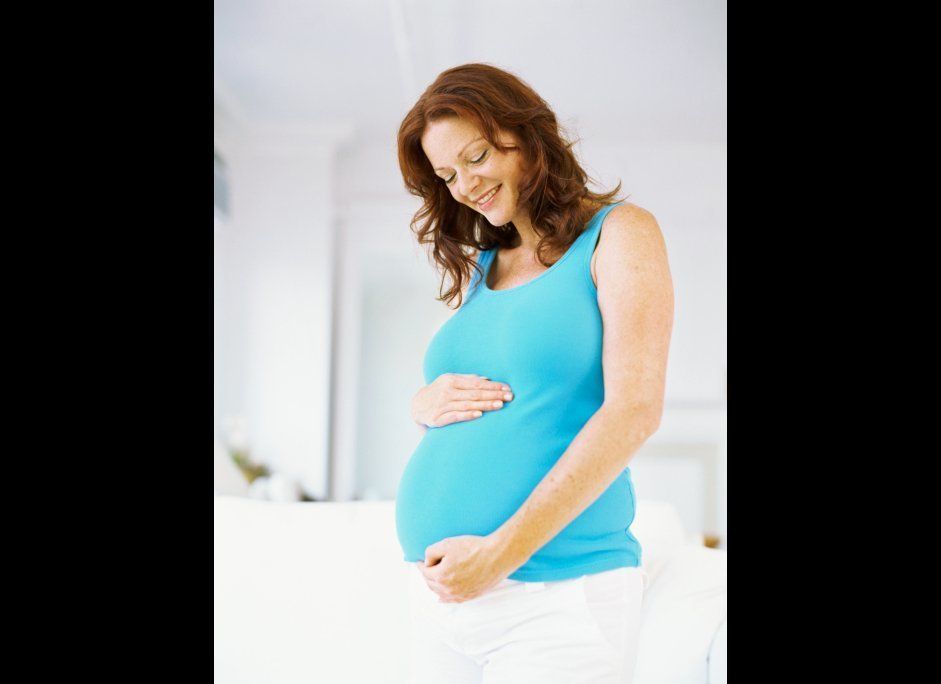 1 / 6
Reduced Risk Of Premature Birth
<a href="http://www.ajog.org/article/S0002-9378(11)00917-3/abstract" target="_hplink">A new study</a> published in the American Journal of Obstetrics & Gynecology found an association between the use of a non-alcohol antimicrobial mouth rinse in pregnant women and a decreased rate of delivering babies prematurely. Analyzing 226 women with periodontal disease, the researchers found that study participants who rinsed twice-daily with the mouthwash were about three fourths as likely to deliver early, <a href="http://today.msnbc.msn.com/id/43931581/ns/today-today_health/t/mouthwashing-moms-less-likely-have-preemie/" target="_hplink">reports Reuters</a>. While the study didn't look to find the reason for the difference, lead author Marjorie Jeffcoat of the University of Pennsylvania School of Dental Medicine <a href="http://today.msnbc.msn.com/id/43931581/ns/today-today_health/t/mouthwashing-moms-less-likely-have-preemie/" target="_hplink">told Reuters</a> that one theory is that gum-disease-induced inflammation could trigger early birth. (The publication also points out that the researchers used a Crest mouthwash, with staffing and funding from the brand's parent company, Proctor and Gamble.)