Forty years ago our nation's waterways had become a dumping ground for trash, sewage, oil, and chemicals. A small but powerful network of groups and individuals have used the Clean Water Act to take on powerful corporate and government polluters, and in doing so, have brought our rivers, streams, lakes, bays and ocean back from the brink.

In the 1960s, the Hudson River was ravaged by oil, chemicals and sewage, condemned as an open sewer. An association of blue-collar fishermen was so enraged at the conditions that they considered all forms of retaliation against the polluting power plant before taking to the court room to reclaim their river. Citizens are empowered under the Clean Water Act to bring their own lawsuits to stop illegal pollution discharges. This important feature of the law, and its use in the Hudson River valley, has been the catalyst for an international movement of Waterkeeper organizations who defend their communities against anyone who threatens their right to clean water. 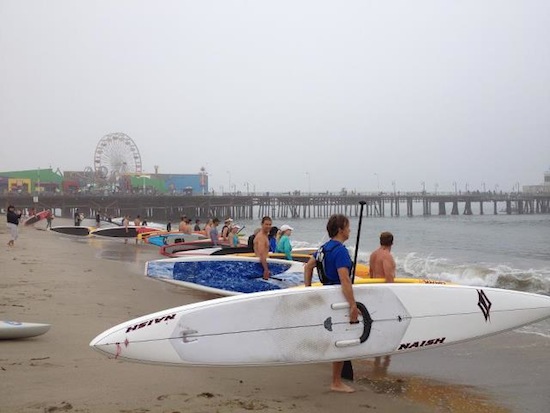 Waterkeeper groups now span the globe -- including 12 active groups in California, who defend California's precious coastline and inland waterways against polluters. Waterkeepers fight for clean water so that our communities can fish, swim, and drink water without a trip to the hospital. Although we usually find ourselves vastly outnumbered by an army of lobbyists, experts and attorneys, law-breaking polluters and unresponsive government agencies,we prevail time and time again, protecting our waterways against polluting factories and toxic dumps.

Here in Los Angeles, we have had our fair share of victories for clean water over the years. In fact, just last week, Santa Monica Baykeeper and Natural Resources Defense Council reached a $6.6 million settlement to significantly improve beachwater quality along the Malibu coastline for millions of beachgoers who visit each year. The settlement requires the city to install devices to catch toxic stormwater runoff before it reaches the ocean, thus protecting swimmers from a range of waterborne illnesses including stomach flu, skin rashes, pinkeye, ear, nose and throat problems, dysentery, hepatitis, neurological disorders and other serious health problems. 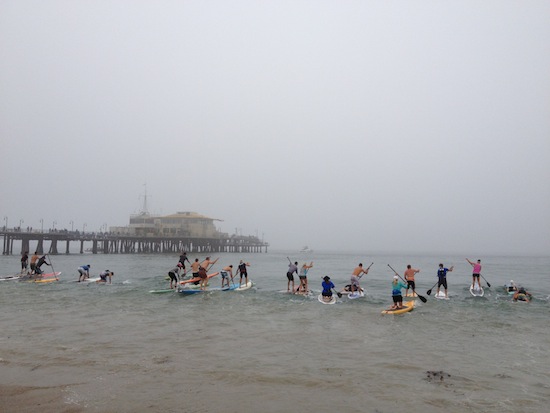 Despite the water quality improvements won by the Clean Water Act, there is still considerable work to be done to achieve the act's fishable, swimmable, drinkable goal. Many lakes, streams, rivers, and beaches are plagued by excess contamination stemming from urban runoff and other more diffuse sources of pollution. Last year in California -- a state often heralded as an environmental leader -- the State Water Resources Control Board found a 170 percent increase in toxicity in rivers, lakes, bays and estuaries since 2006. In addition, some of the most famous and most visited beaches in Los Angeles, such as Malibu's Surfrider Beach and Topanga State Beach, still routinely fail to meet bacteria water quality standards for e. coli, fecal coliform and enterococcus set to protect the health of swimmers and surfers. Numerous Los Angeles County creeks and rivers are contaminated with bacteria, heavy metals, and trash and are unsafe for swimming and fishing.

This year marks the 40th Anniversary of the Clean Water Act, a time to both call attention to the waterways that still are not safe for citizens to enjoy and celebrate the many hard-won community victories for clean water. On April 21, Santa Monica Baykeeper celebrated all those who stand up for clean water in Los Angeles with a stand-up paddle race, one of many events presented this year as part of the Waterkeeper Alliance SPLASH series. On May 12, our sister organization Russian Riverkeeper is hosting the Great Russian River Race where hundreds of canoes, kayakers and paddlers will take to the Russian River. I encourage everyone to take to their favorite swimming hole, beach, stream, creek, river, bay, slough to celebrate and enjoy swimmable, drinkable, and fishable waters as the right of every American.  And please support the work of those that stand up for clean water in your community by becoming a member of your local Waterkeeper group at www.waterkeeper.org. Connect with your local California Waterkeeper organization at www.cacoastkeeper.org.