As a child, I spent most of my summers with my grandparents in eastern Kentucky. My mother grew up there, on a small farm tucked away in the mountains. When she was a child, she would spend many summer days splashing in nearby Acup Creek, a tributary of the Kentucky River, looking for crayfish and minnows. By the 1960s, Acup Creek had totally changed and I couldn't play there. Acid mine drainage and inadequate sewage facilities for the homes along its banks made it too polluted. Around this time, people across the country were starting to see similar problems with their own rivers, lakes and streams. 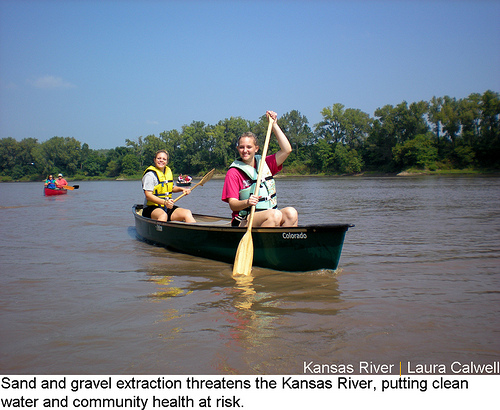 In response to a public outcry over water pollution, the Clean Water Act was passed into law in 1972 with strong bipartisan support. By making any discharges into the nation's waters illegal without a permit and establishing protective water quality standards, the Act fundamentally revolutionized the way we address water pollution. As a result, chemical and industrial pollution has significantly decreased. The loss of wetlands, which provide protection from flooding and filter out pollutants, has been reduced by almost three-fourths. Now that modern sewage treatment is required, Acup Creek and thousands of streams across the country are healthier. Rivers are remarkably resilient, if we give them a chance.

This October we celebrate the 40th anniversary of the Clean Water Act. It's a time to reflect on successes in rivers and communities big and small. As our water quality has improved, urban waterfronts in places like Milwaukee, Portland, Washington, D.C., and Denver have been revitalized, becoming magnets for tourism, recreation, and business. The Clean Water Act has also sparked innovation. Cities like Philadelphia and Seattle are incorporating innovative green infrastructure practices such as rain gardens and green roofs to capture rain where it falls, reducing polluted runoff and protecting water quality. The transformation that began in 1972 to consider our waters as valuable resources that should be protected and restored still continues.

But we still have a long way to go. Urban polluted runoff is a growing concern in many communities, and the Environmental Protection Agency estimates that every year, 850 billion gallons of raw sewage are dumped into our waterways. Agricultural runoff carrying animal waste, fertilizers, and pesticides remains exempt from the Clean Water Act. More than 40 percent of our streams are considered to be in poor biological condition. Many of our small streams, the capillaries of our river systems and drinking water sources for millions of Americans, are now at-risk for pollution and destruction.

Despite the bipartisan support for enactment of the Clean Water Act four decades ago, today the Act has come increasingly under fire from members of Congress beholden to powerful interests in agriculture and industry. In both the House and Senate, attempts continue to block the EPA from restoring protections to small streams and wetlands under the Clean Water Act -- protections that have been weakened due to confusing Supreme Court decisions. Across the country, 117 million Americans rely on these waters as a source for their drinking water. The "Clean Water Cooperative Federalism Act" (H.R. 2018) introduced by Representative Mica (R-FL) would disrupt the careful balance of state and federal responsibility for clean water and remove a critical veto authority for the EPA to stop the very worst projects that would harm people and wildlife. Most recently, the "Stop the War on Coal Act" (H.R. 3409), which not only contains Representative Mica's bill but also includes a number of provisions to weaken the Clean Air Act and the Surface Mining Control and Reclamation Act, was passed in the House.

Nothing is more essential to our health, economy, and quality of life than clean water. In the face of a changing climate and ongoing threats from Congress, it is more important than ever to stand strong for clean water.

The goal of the Clean Water Act is very simple: "to restore and maintain the chemical, physical, and biological integrity of the Nation's waters." In other words, all of our waters should be healthy and clean enough to support fishing, boating, swimming and drinking. This October 18, on the 40th anniversary of the Clean Water Act, take a moment, as I will, to remember a favorite river and how far we have come in cleaning up our rivers. And join us at American Rivers to ensure a future of clean water and healthy rivers for generations to come.