Republicans in the House are considering a measure that would let the Trump administration bypass the usual steps to eliminate drinking water protections.

A provision buried in a massive spending bill set to be debated this week would allow the Environmental Protection Agency and the Army Corps of Engineers to ignore the requirement that they give meaningful consideration to public comments before rescinding the 2015 Waters of the United States Rule. That regulation, also known as the Clean Water Rule, extended federal protections to all “navigable” waterways that flow into larger bodies. The rule could affect the drinking water for some 117 million Americans.

President Donald Trump signed an executive order in February directing the EPA and Army officials to “review and reconsider” the rule. Last month, EPA Administrator Scott Pruitt released a 42-page plan to dismantle the regulation. On Wednesday, the EPA and the Army published their proposal to undo the rule in the Federal Register, kicking off a 30-day comment period.

The provision in the spending bill would also make it harder for a judge to block the administration’s repeal effort.

“It’s radical,” said Madeleine Foote, a legislative representative for the nonpartisan League of Conservation Voters. “It’s pretty much they just want to be able to repeal this rule with no consequences and no public backlash, making it really difficult to sue over.”

Republicans have fiercely criticized the Clean Water Rule for expanding federal control over smaller waterways and potentially adding to the burdens of business owners, who have to obtain what the critics consider onerous permits before dumping pollution into streams and wetlands. (The regulation has not been implemented yet due to a federal court stay.) The rule clarified the reach of the 1972 Clean Water Act after Supreme Court decisions in 2001 and 2006 created confusion over which waterways the law applied to.

Under the 1946 Administrative Procedure Act, agencies must allow the public to comment on regulatory changes like undoing the Clean Water Rule. Under the Clean Water Act, those comments must be meaningfully considered by the agency. In this case, the administration set a 30-day window for public comments, despite the longstanding 60-day guideline outlined in a 1993 executive order.

The Clean Water Rule itself took four years to craft, beginning in 2011. It involved 400 meetings with stakeholders and 200 days of public feedback, during which regulators received 1.1 million comments. The vast majority supported the Obama administration’s effort.

“If this congressional provision goes through, the EPA wouldn’t even have to consider the comments it receives in that ridiculously short period of time,” Jon Devine, a senior attorney at the Natural Resources Defense Council, told HuffPost on Thursday. “They could just blow it off.”

Over the past few years, farmers and ranchers became the face of the Republican opposition to the Clean Water Rule, with the American Farm Bureau, the country’s largest agricultural lobby, out front.

“I applaud the administration’s move to rescind this burdensome regulation that would create heavy compliance costs for Hoosier farmers and landowners,” Rep. Jim Banks (R-Ind.) said in a statement. “WOTUS [Waters of the United States] is a major overstep by the federal government, and I am pleased to see that the administration is acting to withdraw this rule.”

But the rule has actually garnered strong support among small farmers, who depend on clean water for their crops and livestock. The Clean Water Act exempts farmers from obtaining permits to dump solid material, such as soil from a planted field, as well as potentially pesticide-laden runoff from irrigation and stormwater.

The agricultural industry is not actually impacted by this at all. But they make a better face for the campaign than an oil company. Madeleine Foote of the League of Conservation Voters

Homebuilders, oil and gas drillers, manufacturers and miners, on the other hand, need permits to release their polluted runoff under the law. The Clean Water Rule raised hurdles for them.

“The agricultural industry is not actually impacted by this at all,” Foote said. “But they make a better face for the campaign than an oil company.”

So far opponents’ efforts to stop the rule change have proved unsuccessful. On Wednesday, the House rejected an amendment from Reps. Don Beyer (D-Va.) and Elizabeth Esty (D-Conn.) to strip the provision from the appropriations bill. A coalition of 20 environmental groups signed an open letter backing the Beyer-Esty amendment.

“This thing is terrible enough on the substantive side, attacking drinking water protections for 1 in 3 Americans,” Devine said. “It’s also anti-democratic, bad government. It’s akin to pre-emptive pardon, which is kind of bouncing around Washington these days.”

He added, “This is Congress telling the Trump administration, ‘Don’t let any pesky laws get in the way of your agenda.’” 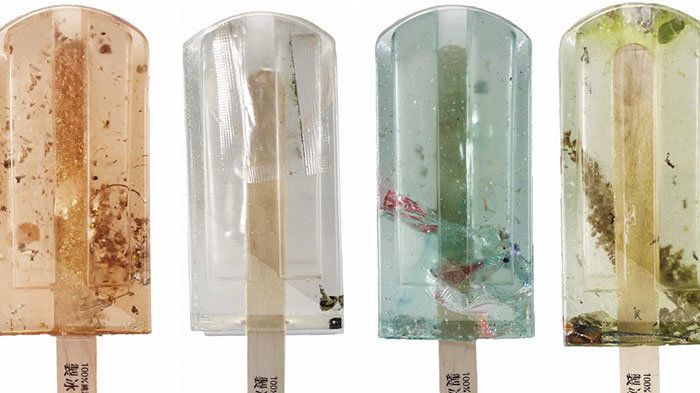