Talk about a circular right-wing firing squad: Donald Trump; the marginalia at Breitbart Snooze; RedState's Erick Erikson & Co.; Sarah Palin; and her eldest daughter (aka Palin-Lite), are all going after each other in the ultra-rightwing blogosphere, and it's tempting to just sit back and watch the fur fly. Talk about some truly WWE material suitable for drive-in viewing. Where in the hell is Joe Bob Briggs when you need him?

Let us see if it's possible to set the stage, which is a theatrical euphemism, because this conflagration is taking place in the middle of a cesspool of grand dimensions. If hypocrisy and deceit were bullshit, you could float the proverbial battleship in the muck. And the stench would spread all the way to Alaska's Matanuska-Susitna Valley and back again.

In the wake of what was clearly a sexist and misogynistic attack by Republican presidential candidate Donald Trump on Fox News' Megyn Kelly -- is there really anyone who can argue otherwise? Really? -- Erikson courageously barred Trump from attending his annual RedState Gathering in Atlanta. Erickson was then unceremoniously attacked by that paragon of integrity and political insight, Palin-Liteweight, who charged Erickson with running a "demeaning fake photo" of her mother (below, right).

Just so that we are clear about this, Erickson did NOT post the image in question and he removed it as soon as he realized it was a fraud and was able to do so. Period. End of discussion.

Nonetheless, Erikson issued something approximating an apology to Palin -- which the Hillbilly contingent from Wasilla didn't quite feel yielded sufficient blood on his knees nor muck on his nose. As a result, another volley was issued by Palin-Lite, while La Mama Grizz, who says she doesn't like her kids dragged into the political fray (except when she drags them into it), had this to say: "A mama grizzly warns Erick at RedState: 'Don't take on a Palin kid; when family's had enough don't expect the kids to retreat either.'" That is, unless it's during a drunken brawl in Anchorage and the cops are called in. Gaggeth me with a snow shovel.

The Real Palin, who, as I noted here in HuffPost with rather perfect prognostication, was avoiding the Kelly-Trump scuffle, sent out one her pups -- or more accurately one of her pups' ghost writers -- to enter the fray, so that there was no serious blowback on her. And as I accurately noted -- because the person I cited in Alaska had actually identified Palin-Lite as his source (I spared Lite that little embarassment the first time around), absolutely confirmed my speculation that there was no longer any love lost between Mama Grizzled and Faux News. How do we now know with certainty? Because Palin-Lite's ghost writer went after Fox's Chris Wallace and the Big Bad Wolf himself, Roger Ailes.

Hell -- and Wasilla -- hath no fury like a Palin scorned.

Since then, people who are confused enough to think that you can actually advance political principles through Twitter have been taking potshots at each other. And one of them, Leon Wolf, actually made sense:

• The Palins are like the Dave Matthews Band of the conservative movement: No one likes them anymore except the five worst people you know.

• Someday the Palins are going to look around at the ever-shrinking circle of their defenders and wonder why there's no one left.

What Wolf noted in a lengthier piece -- and I must say, surprise, surprise -- is that Palin-Lite actually lied in her response to Erickson.

Enter Bristol Palin to repay the generosity Erick has shown over the years by dishonestly stabbing him in the back for no reason other than the fact that she really likes Donald Trump... It shows just a tremendous amount of class on Bristol Palin's part that in spite of being one of the last pundits on the face of the earth to defend Sarah Palin's electability and value to the Republican Party, she turns and deliberately smears Erick for no other obvious reason than that doing so will get her in the news.

Apparently when it comes to the Palins, no good deed truly goes unpunished, especially if the punishment advances even the most trivial thing they want.

Ok, at this point in the mudslinging, let me grab a hose and wash down our contestants so that we can make a final tally of the donnybrook:

El Donaldo has now uttered racist remarks against Mexicans, anti-patriotic vitriol about John McCain, and misogynist comments about a conservative television host--and has not issued a single apology. Nada. Zippo for El Donaldo. Net: Fined one can of hair spray to be sent to Megyn Kelley.

Megyn Kelly had the courage to go after a demagogic, egomaniacal blowhard, but still has a ways to go on being a true advocate for women. Net: Collect the hair spray from Trump.

RedState: to be fair to Erikson the posting of that image was hardly a federal offense (Palin-Lite's contention that you could tell it from "a mile away" has strange echoes of her mother's remarks about Russia), and he cleaned it up as quickly as possible (though he still has to explain why he would apologize to Palin). Net: a six-pack of Lone Star Beer (to be collected from Palin-Lite).

Leon Wolf: Finally a conservative who sees through the Palin lies and mythos, and who told it like it is and had Erickson's back at the same time. Net: a six-pack of Trillium Farm House Ale (to be covered by Erickson because of Wolf's loyalty) and a couple of hot dogs or links from the Sausage Guy at Fenway Park (I'll cover those, because the Sox are having a bad year.) 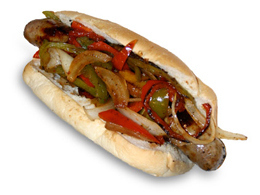 Palin-Lite: maybe it's just me, but when the Queen of Abstinence is half-way through her second out-of-wedlock pregnancy, allegations of hypocrisy would seem to be, well, more than a bit hypocritical, wouldn't you say? And are you really going to give Trump a pass for his assaults on women? Net: send the six pack of Lone Star to Erickson.

And then there is La Palin: when she was governor of Alaska (for that brief half-term of hers that ended in more ethics complaints filed against her administration than hubby Todd can count on his handsies and toesies), Palin was involved in a cleavage scandal when longtime Republican activist Andrée McLeod was troubled by what she felt was too much décolletage being displayed in Alaska's government offices (she felt that some state employees were trying to "out-cleavage" one another). She considered it a form of sexual harassment, inappropriate and unprofessional to boot. Makes perfect sense -- except not to Palin and her hired hacks.

McLeod's email was then forwarded by Palin's suck-up chief of staff Mike Nizich to the governor's office, so that Palin and her minions made lots of fun of McLeod. Then they sent it to a cheap-shot gossip columnist at the Anchorage Daily Miscues who had even less integrity than Palin (and that is saying something).

End of story? Not quite. In researching my critical biography of the half-termer, The Lies of Sarah Palin: The Untold Story Behind her Relentless Quest for Power, one member of her then-inner-circle (that being past-tense, as Palin's inner-circle in Alaska is no longer extant) leaked me Palin's snarky response to McLeod's concerns:

And then Andree sends another flippin foia for bizzaro things like "friends of the Palins" travel - huh? ... I forget her point. AND then she sends an email to our office asking if there's a state Dress Code...she's appalled at all the cleavage shown!!! Good God! Don't know who or where she's talking about, but nizich cracked up at that one. I thought she sent it because I was wearing jeans on tv last night, but nizich says it's because she'offended by seeing state employee's cleavage. This is the same Andree who sent the email chain after my inauguration ball commenting on how offensive my cleavage was because of some dress I wore... [sic]

McLeod got the last laugh. Her continuous challenges to Palin's ethics lapses were what ultimately drove the quitter governor to, well, quit. The world is a better place because of it. And now Palin and her litter have executed a 180-degree flip-flop on the cleavage issue. Just like she did on the infamous Bridge to Nowhere: She was for it before she was against it.

Joe Bob gives this one two stars. Twitter-Fu. Padded-Bra-Fu. Unmarried Spawn-Fu. Moralistic hand wringing. Eye gouging. Three news cycles of circle jerking. Reference to "perky boobs" by Palin-Lite. Hypocrisy everywhere. Drive-In Academy Award nominations for Best Performance by an Actress in a Once-Semi-Leading Role to Sarah Palin for thinking her rants have any traction whatsoever in national political discourse. Drive-In Academy Award for Best Performance by an Actress in a Pseudo-Supporting Role to Palin-Lite for pretending she can compose even a single sentence of literate English. Daytime Emmy Award to the Entire Cast for keeping the wingnuts on the right from discussing the real issues that are facing this nation leading up to the 2016 presidential election. Pass the popcorn. Leave the gun. Also.

--
Award-winning writer and filmmaker Geoffrey Dunn's best-selling The Lies of Sarah Palin: The Untold Story Behind Her Relentless Quest for Power was published by Macmillan/St. Martin's in May of 2011.