Postcards from Google Earth, Bridges from clement valla on Vimeo.

A glitch is a shortlived fault in a system, and when it malfunctions it gives way to the bizarre. Though systems aim to eliminate these minor hiccups, which often go unnoticed, Clement Valla conserves them as if they were an endangered species worth saving.

The whole project began accidentally, when Valla was searching Google Earth and noticed something strange -- some of the buildings were upside down. Every so often, in an effort to convert 3-D space onto a 2-D computer screen, depth can become distorted, creating warped worlds which resemble the dream sequences in the movie 'Inception.'

Google is constantly correcting itself and thus Valla's snapshots are artifacts of endangered accidents, constantly being hunted by updated software. Many of the snapshots Valla has taken have since been revamped, flattened out, and made aesthetically understandable. It is bizarre indeed that the Dali-esque melting landscapes are the result of pure, algorithmic processes while the 'natural' looking landscapes require human interference. 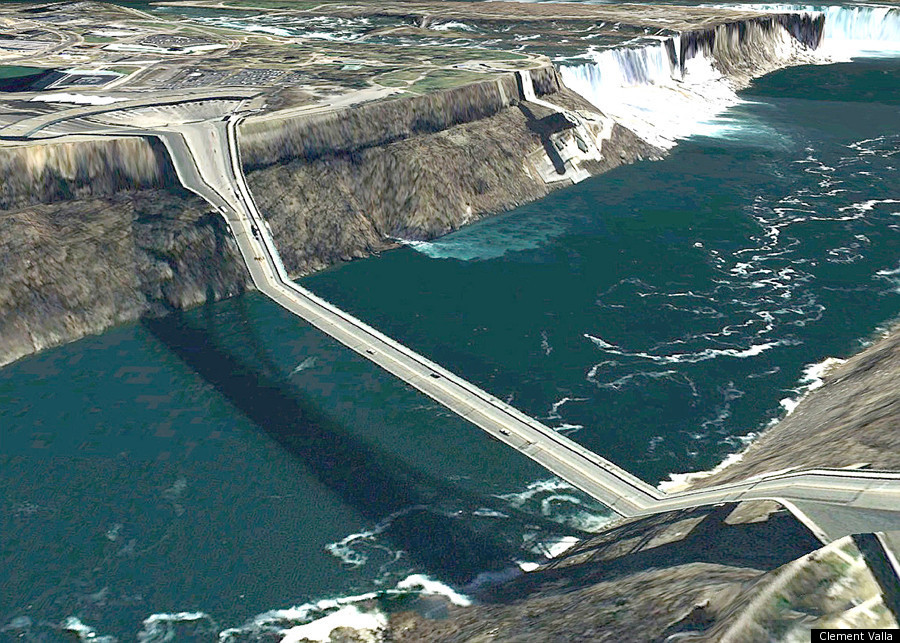 In these moments the man and the machine perform nearly opposite functions. In Valla's words, "human and computer activity is hardly distinguishable. I am interested in the moments where the typical distinction is blurred or even inverted."

Valla's pictures bring you freeways that rumple like ribbons and metropolises that crest like tidal waves. And yet he is not the author of these works, only a captive bystander of accidents which would already occur, whether or not anyone was there to see them. He is, in his own way, a historian of accidents.

Valla received a BA in architecture from Columbia and an an MFA from RISD. He currently lives and works in Brooklyn. 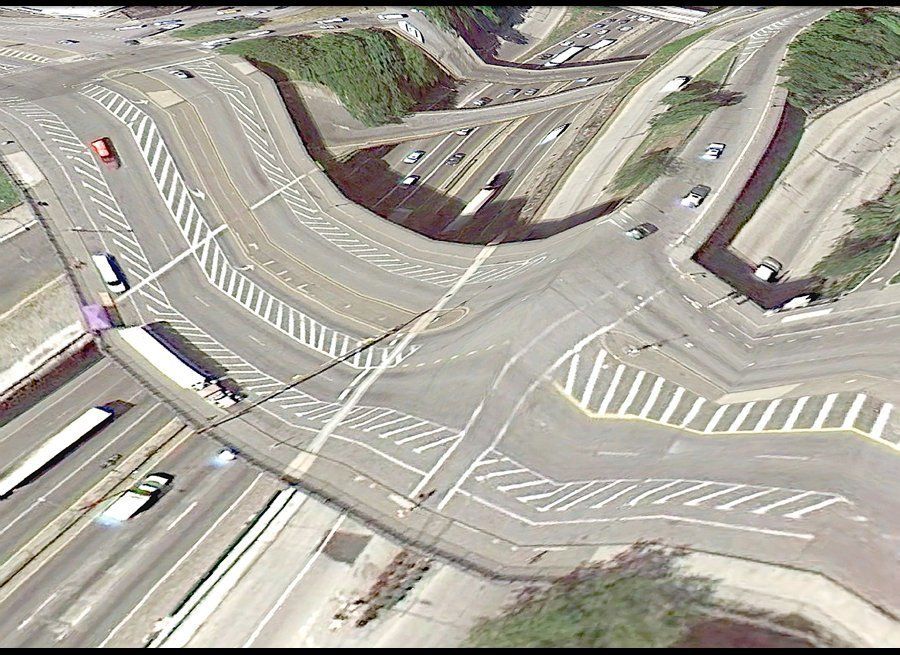