The last queen of Egypt, Cleopatra VII committed suicide in 30 BC, having been defeated by Rome. We have rarely lost sight of her since, which is hardly surprising; even in her lifetime, she was the object of speculation and veneration, gossip and legend.

A goddess as a child, a queen at 18, she was a celebrity soon thereafter; her decisions were the stuff of ancient headlines. Over the centuries she has continued to enchant for a host of other reasons as well. She invites us to conjure with the thorny issues of gender and power, culture and geography, men and women. What to make of an absurdly rich, eastern, female sovereign who very nearly determined the fate of the western world? It helps that she allied herself with -- and had children by -- the two most influential men of her time, Julius Caesar and Mark Antony, relationships that play out, dramatically and poetically if not necessarily historically, as love stories.

The Renaissance was obsessed with Cleopatra, the Romantics yet more so. Ultimately everyone from Michelangelo to Gerome, from Corneille to Brecht got a crack at her. She sent even Shakespeare over the top, eliciting from him his greatest female role, his richest poetry, a full, Antony-less last act, and, in the estimation of one critic, a rollicking tribute to guilt-free middle-aged adultery.

And then there's the asp, which legend places at Cleopatra's deathbed. She more likely enlisted a deadly poison than a venomous beast. The asp would appear to be retrofitted to the tale; even Strabo and Plutarch, the first on the scene, are dubious about it. "The truth of the matter," announces Plutarch, to centuries of deaf ears, "no one knows." Still, a lady and a snake make for an irresistible pair. Before Cleopatra came Eve, Medusa, and Electra; when a woman teams up with a snake, a moral storm threatens somewhere. Certainly the asp -- and what became Cleopatra's naked chest -- were gifts to the portrait painters. So too are the infuriating holes in her story. Cleopatra becomes a screen on which to project the obsessions of an age. It seems there is no Queen of Egypt for all time, but one for every time. As a cultural icon she makes for an inexhaustible shape-shifter, mixing herself up with Eve, the Virgin Mary, Aphrodite, Salome, Wonder Woman.

Goddess, Queen, Celebrity: 11 Iconic Images Of Cleopatra And Why They're Wrong (PHOTOS)
Cleopatra 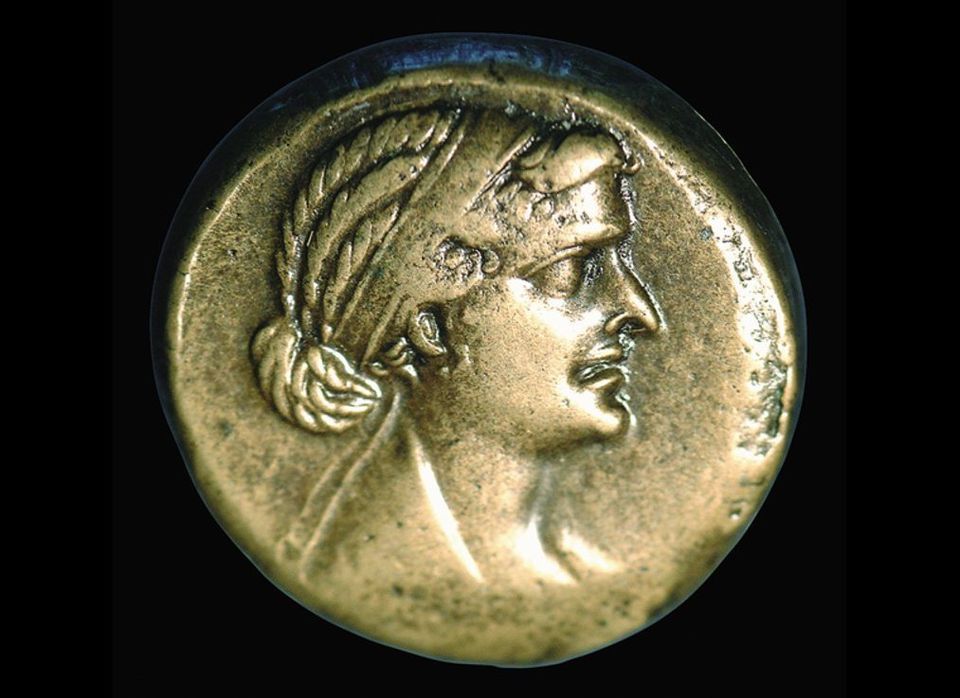 1 / 11
1.Cleopatra coin (80 drachma bronze, Hunterian Museum, Glasgow)
Among our most accurate depictions of Cleopatra, and one that presumably met with her approval; here was how the Queen of Egypt presented herself to her people. The chin is strong, the nose hooked, the eyes sunken, all of which support the ancient assertion that she was not primarily remarkable for her beauty.