When you hear Darwin's name, you probably think of evolution. But for lesser known scientists, it's sometimes hard to keep track of their groundbreaking achievements.

Here's a series of clever mash-ups that combine the names of scientific game-changers with their discoveries. Dr. Prateek Lala, a physician and amateur calligrapher from Toronto, designed these "typographies" to make science more engaging for students as well as the general public.

“I started off with scientists I was familiar with, and whose work I feel has impacted the scientific world most deeply over time,” Dr. Lala told The Huffington Post in an email.

He received an enthusiastic response from the website’s users, gaining “a lot of feedback in the form of suggestions for other subjects,” he said. “Since then, I've been updating the page periodically; it's a bit of a cyclic process.”

Dr. Lala is also planning to publish a series of designs highlighting physicists, mathematicians and cosmologists for a poster to be published in the fall issue of the Perimeter Institute for Theoretical Physics’ magazine.

Download
Calling all HuffPost superfans!
Sign up for membership to become a founding member and help shape HuffPost's next chapter
Join HuffPost
Voting Made Easy
Register to vote and apply for an absentee ballot today
Register now
Adam Toobin
Senior at Brown University in Providence, R.I.
Suggest a correction 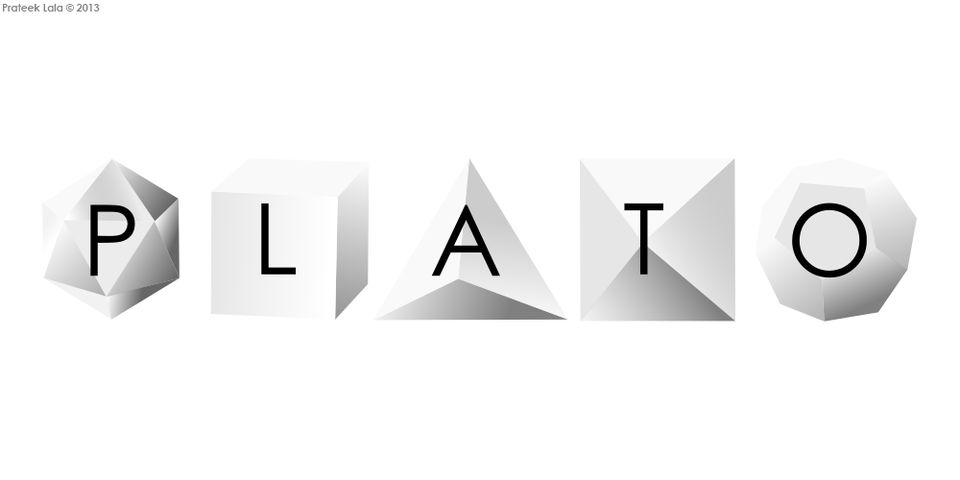 1 / 20
Plato
The ancient Greek philosopher Plato (428/427 BCE–348/347 BCE) is among the giants in the history of science and Western thought. Among his many legacies is the suggestion that mathematical entities are abstract and ideal, such as the eponymous five Platonic solids which he discusses in the Timaeus: (left to right) the icosahedron, cube, tetrahedron, octahedron, and dodecahedron.
Prateek Lala