Those are the headline results of a new study from researchers at the University of Bristol who looked at data from 11 online news outlets, including the BBC, The New York Times, The Wall Street Journal, and Yahoo, to try and figure out what kinds of stories online readers were most apt to click on.

In the study called "Modelling And Explaining Online News Preferences," Elena Hensinger, Ilias Flaounas, and Nello Cristianini found that including political and financial words like "Obama," "Afghanistan," and "stock" in the titles of articles made readers significantly less likely to click.

Words pertaining to technology like "iPhone" and "Google" as well as more salacious words like "sex" and "murder" made people much more likely to click. Not surprising to anyone who's perused a Most Popular widget, but still a strangely depressing affirmation of what we already knew about how the web reads news.

The wordclouds that the researchers created show the most and least appealing words to readers. The words in pink are most appealing and the ones in black are the least appealing. The bigger the word is, the more extreme the readers' reaction. Many words are clipped down to their roots, so words like "iPhone" and "Google" will appear as "iPhon" and "Googl."

The research was done using articles from 2009 to 2010, which is may explain why terms like "iPhone" are deemed so appealing (the iPhone 3GS was released in 2009 and the 4 was released in 2010). In general, President Obama is an undesirable topic, but his name may have clicked better during an election year.

In an email to The Huffington Post, one of the researchers, Nello Cristianini, explained that the effects of this study will be useful to both marketers and social scientist. "We already expected to see that people are more attracted by certain topics," Cristianini said. "But having measured this exactly and having a statistically significant result is a different business, and we are pleased. I do not know of another study having done this before."

Check out some of the wordclouds the researchers have created below. 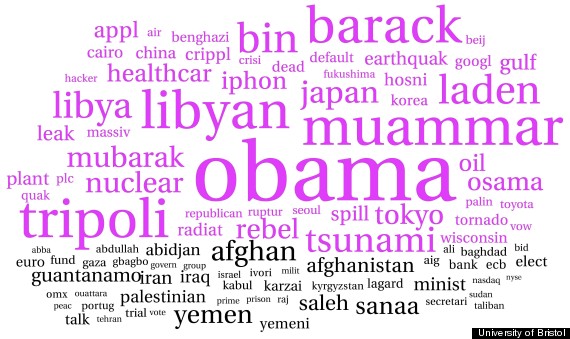 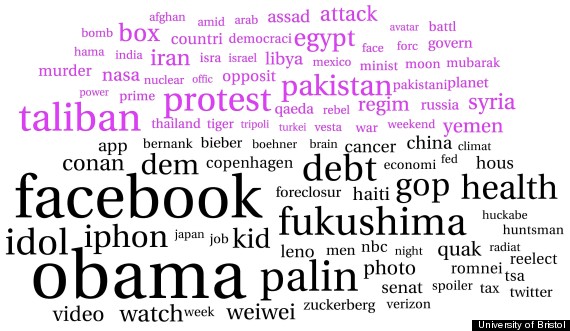 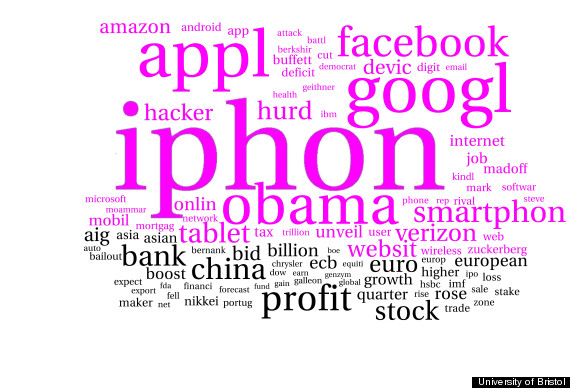 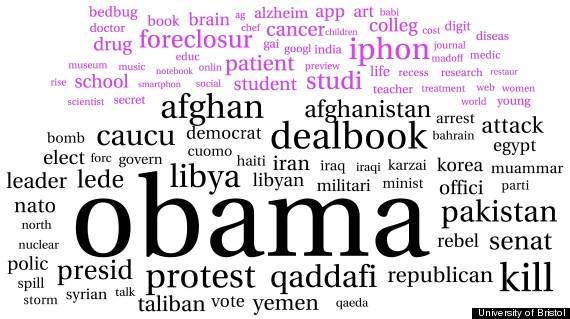 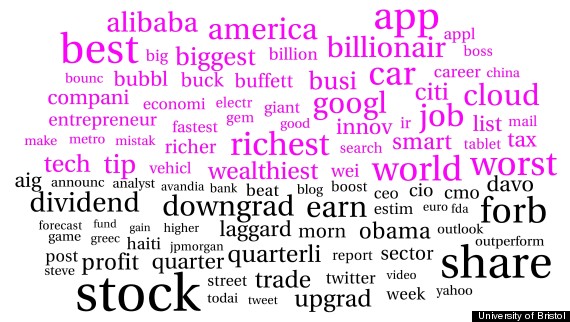 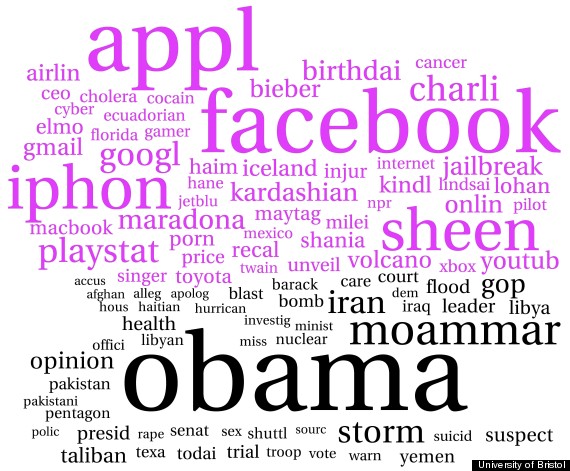