I took a whole bunch of pictures at the old Greco-Roman city of Ephesus. Actually, I didn't know much about this spot on the Turkish coast before our cruise ship stopped at the port of Kusadasi, from which it's a half-hour bus ride to the ruins. 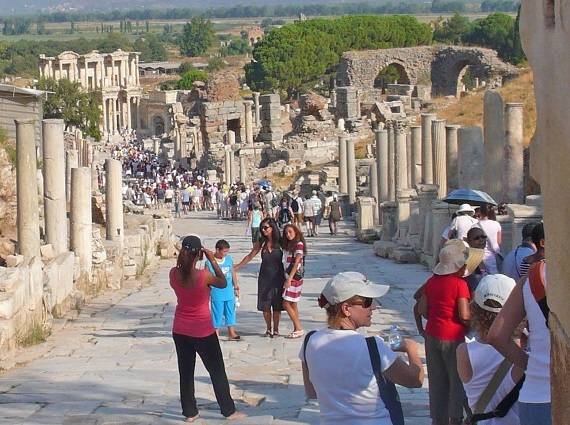 Tourists, many from cruise ships, pack the lanes of Ephesus.

Ephesus turned out to be a real eye-popper. Think of a travel poster showing the columned lanes, temples, shrines and theaters of an ancient Roman city. Then make the city 10 times bigger, and you've got Ephesus. Tour guides say it might have been the Roman empire's second largest city, topped only by Rome itself. 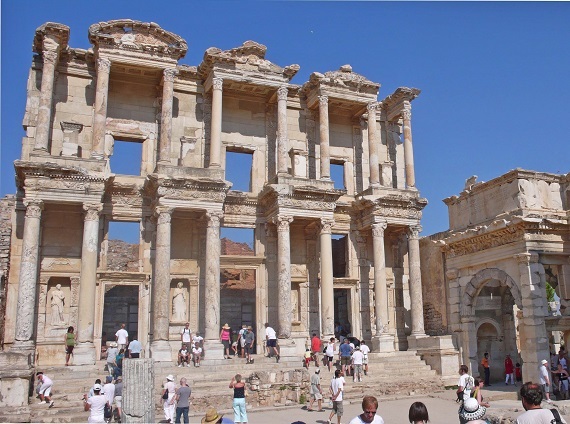 Scholars once waded through 12,000 scrolls in the library of Celsus.

As I said, I took lots of pictures. I burned up the gigs snapping sights like the iconic library of Celsus, the temples of Hadrian and Domitian, the fountains of Trajan and Pollio, the Gate of Heracles, the little Odeion theater, the 20-story-high outdoor mega-theater, public "latriana" potties (kept warm by slaves sitting on them during the winter) and the hillside homes of the Roman silky set. 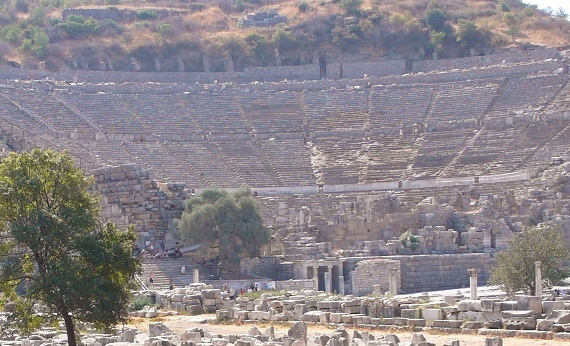 St. Paul preached to the Ephesians in an open-air theater. 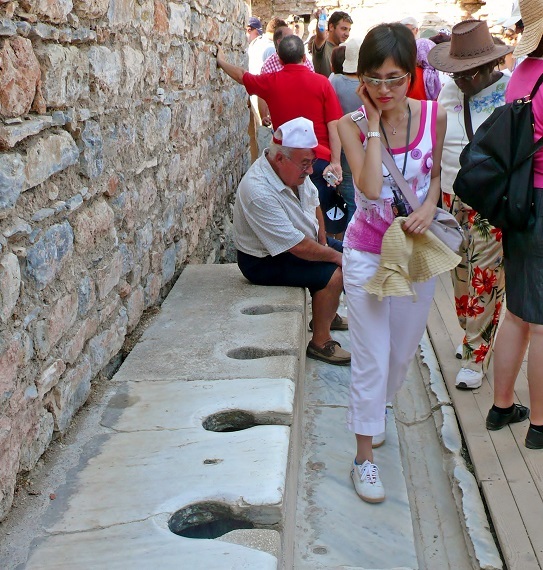 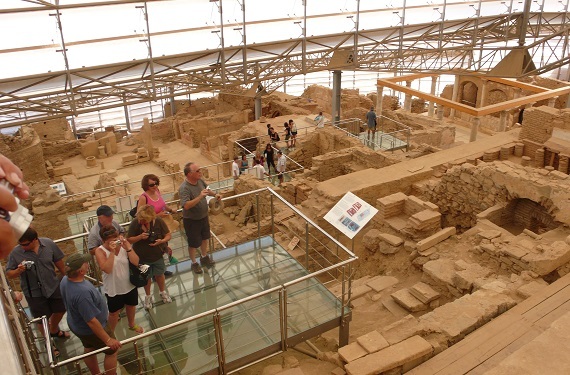 Out in a swampy area of the site I ran across an odd-looking marble column, patched together from pieces of smaller columns. I thought about taking a shot of it, but figured it wasn't worth the effort of a click. Big, big mistake.

Later on, I found out the doctored-up column marked the spot of what had been the Temple of Artemis, one of the Seven Wonders of the Ancient World. What's more, according to the Greek poet who put the list of the seven biggies together, the immense temple had been the most wondrous of all the wonders. Here's how the poet, known as the Antipater of Sidon, rated them:

"I have set eyes on the wall of lofty Babylon on which is a road for chariots, and the statue of Zeus by the Alpheus, and the hanging gardens, and the Colossus of the Sun, and the huge labour of the high pyramids, and the vast tomb of Mausolus; but when I saw the house of Artemis that mounted to the clouds, those other marvels lost their brilliancy, and I said, 'Lo, apart from Olympus, the Sun never looked on aught so grand.'"

So who was Artemis? Her story goes back to 3,000 B.C., when the big buzz on Mt. Olympus was that Zeus, the Greek god of gods, was about to become a proud daddy, thanks to his girlfriend Leto. The dad-to-be's delight, however, wasn't shared by Mrs. Zeus - who let it be known that anyone who allowed the shady lady to give birth on his turf would be turned into a frog.

But Zeus wasn't the top god for nothing. He got his brother Poseidon, god of the sea, to simply push a new island out of the waters. And up came the island of Delos, where Artemis and her twin brother Apollo first saw the light of the bright Aegean sunshine.

Ranking in the top tier of the Greek pantheon, Artemis was the goddess of the hunt (equivalent to the Roman goddess Diana), wild animals, childbirth and the protector of young girls, among other tags. Her main temple at Ephesus was said to be roughly the size of a six-story-high soccer field, surrounded by well over 100 columns. Originally built around 800 B.C., the temple was destroyed and rebuilt and enlarged several times until the Goths finally did it in around 268 A.D.

True, I had nothing to show that I'd been standing on the site of this wonder of wonders. But I did come back with a shot of a sign worth a few chuckles every time I show it. It hung just outside the ruins' rear exit over stalls full of products you'd hardly expect to see next to the ancient treasures of Ephesus. 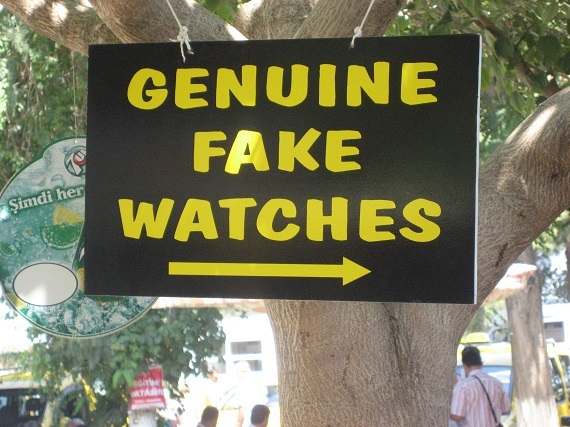