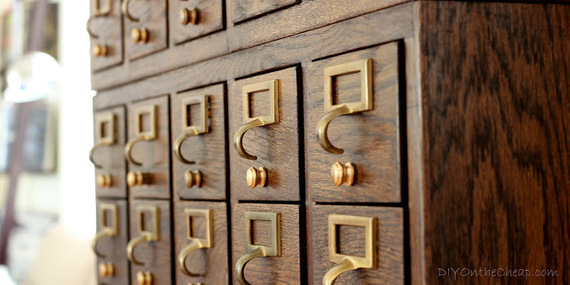 Everyone has what can be called "gaps in knowledge."

You know what I mean: the little patches of black ice you encounter in conversations when, either because you dropped History class like a flaming poker in Grade Eight, or you were on the fire escape smoking during Geography period, you are unable to contribute an iota of factual substance.

You're not alone. It's alarming the subjects that seemingly astute people draw complete blanks on. Don't feel guilty. Who can possibly be conversant on all the information amassed since we first put quill to parchment?

My gaps, some might say craters, include the dawn of time through 1970, the names of all the Osmond Brothers, and the workings of the internal combustion engine. I also come up a little light on the Third World, field sports, and the whole deal with Puff Daddy.

To that end I wrote a book I could never get published called Cliff Claven Notes for Your Life, a compendium of potent observations, ripostes and bon mots on a stunningly comprehensive list of subject areas, from aerodynamics to Carrot Top. These sweet little nuggets of info are designed to help patch you across your chasms of ignorance wherever they may lurk, leaving listeners, their socks cleanly knocked off, asking in awe: "How do you know all that stuff?"

Now you can make the illuminating provocative remark that points to even greater stores of knowledge. Add the perfectly chosen anecdote to the mix. Throw out a dazzling quote that elucidates. Blow people away with a thought-provoking comment that signals to one and all:

Hey! I know a few things!

This heretofore sadly overlooked compendium is not just a collection of useless trivia, dusty statistics and tedious facts. You can find those anywhere. (By anywhere, I mean Wikipedia.) No, this treasure trove offers more: It arms you with thoughtful opinions and observations you can pawn off as your very own, at the office, at dinner parties, on dates, online - in fact anywhere people pull up a chair, water cooler or keyboard.

Onwards to examples... I know you're curious.

At a soiree friends are discussing Johnny Carson. Maybe you were fast asleep when Carson's show came on, maybe you worked nights; the fact is you know nothing about this revered American icon. But, you read my book and thus squirreled away this little chestnut, never dreaming you'd have the chance to use it:

Carson, sure, he was king of the talk show. But did you know he hated small talk?

Chat turns to film directors. You are all over it. To wit:

I just finished a wonderful biography on John Ford (You liar.). He called assessments of his status as the master of westerns "horseshit."

This about Japan's Akira Kurosawa: As a young man he trained as a painter and before he begins filming he storyboards all of the scenes as full-scale paintings.

Politicians being lambasted? Choose from these:

From the day he was appointed Prime Minister and even through the darkest days of World War II, Churchill reported that, amazingly, he never lost one night of sleep.

Did you know Golda Meir was once a school teacher in Milwaukee?

How about that Dwight Eisenhower? He warned America of the military industrial complex way back in the 1950's.

Fashion Week came and went, but not before you threw this into the mix:

Did you know Karl Lagerfeld rips out pages from books after he's read them and discards them? He says his job is "not to remember but to do."

Foodies are in a heated debate about the newest cuisine. You lay on them Miss Piggy's sage advice:

Never eat more than you can lift.

The relevance of feminism being bandied about? You announce, commandingly:

In ancient Greece, women actually counted their age from the date they were married.

The perils of international travel today? How about this one?

I knew the romance of travel was gone the first time I had to take off my knee-highs in line at airport security. (Male readers: Feel free to use if appropriate. I do not judge.)

Music the hot topic? Bet they don't know this:

Elvis Presley was a natural blond. He started dying his hair black in high school.

An argument ensues about how to best assess a person's character:

To drink or not to drink the subject on tap? You kill with this:

Sometimes too much to drink just isn't enough.

The pros and cons of marriage prompts this perceptive advice:

Before marrying someone ask yourself if he or she is the person you'd most like to go camping with if you couldn't have sex?

I guarantee you will be the only one in the room who knows this about the human body:

When you lose sight in one eye you only lose one-sixth of your field of vision. There's that much of an overlap between the eyes.

Disciplining children is widely debated these days. Your contribution:

In Japan one of the synonyms for the word infant is silence. That's because in the Japanese culture parents don't allow a baby to cry without being comforted.

Sports? Here are but two:

The German soccer team's away strip is green in honor of the fact that the first team who would play them after WWII was Ireland: They were shunned by all other nations.

The sharpest innovator of all time? You elect Henry Ford and then tell them why.

Ford once said that if he had given people what they wanted, he would have given them faster horses.

Now find me a publisher.