While Schaller regularly jumps from cliffs as tall as 80, 100 or even 120 feet, this jump took things to the next level.

In order to safely execute the jump, a stunt team had to build a wooden platform to clear overhanging rocks. The team also used tanks to aerate the waterfall's natural pool and soften Schaller's landing.

“Once you get above [80 feet]," he told Red Bull, "everything starts to look and feel the same. The only difference is the airtime.”

Schaller had 3.58 seconds of airtime on this jump, and he hit the water at a crushing speed of 76.4 mph.

"The noise was deafening," according to Red Bull, "akin to a gunshot."

Despite all his precautions and carefully positioning his body to brace for impact, Schaller overshot the aerated water and landed in the harder water in the center of the pool.

He slightly dislocated his right hip, but that didn't stop him from climbing out of the pool with a huge smile on his face after completing the jump.

Here's the full video of Schaller's record-breaking leap -- if your stomach can handle it. 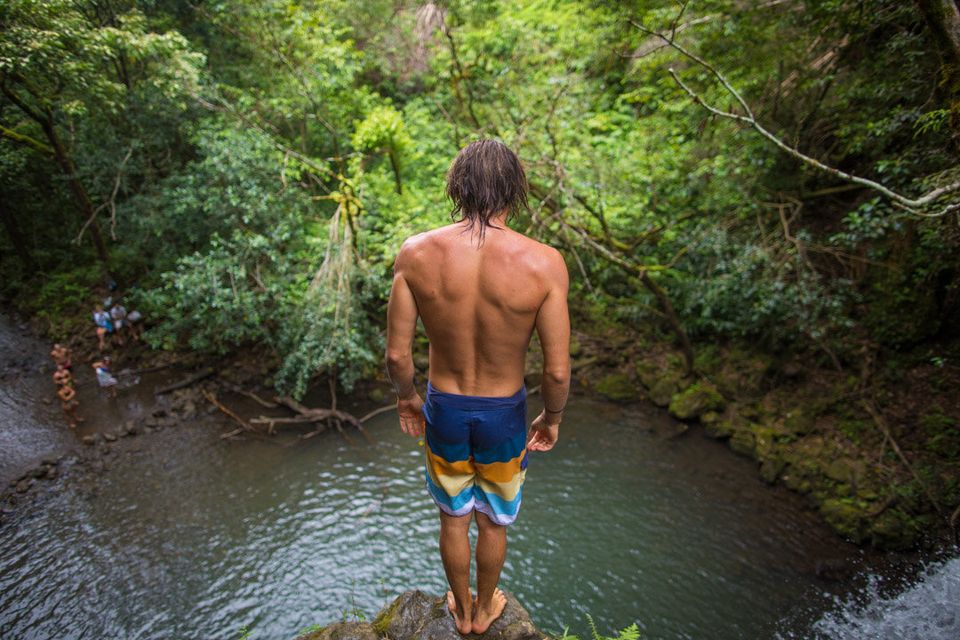