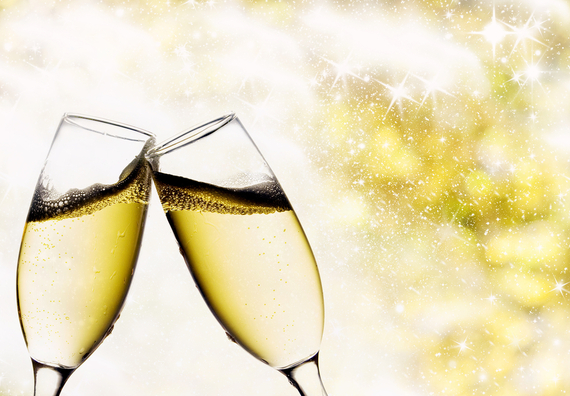 The countries of the world did what they came to Paris to do--reach agreement on a path to protect the climate, relying on individual country pledges from all countries, rich and poor, updated every five years, and supported by public and private funds.

As much as anything, negotiating the Paris Agreement opened the eyes of world leaders to the magnitude of the climate challenges that lie ahead, as reflected in the aim to keep warming below 1.5C above pre-Industrial levels to avoid the most punishing of climate impacts, and to achieve no net emissions by mid-century.

The Paris Agreement opens the door for developing many of the climate policies the world needs. But time is short, climate impacts are already here, and the hard work of implementing the policy lies ahead.

After we drink the Champagne tonight, we need to wake up tomorrow and launch the fastest mitigation available to slow near-term warming, starting with the phase down of hydrofluorocarbons under the Montreal Protocol next year, which will eliminate warming from one of the six main greenhouse gases.

Another fast mitigation policy that must start immediately is to reduce black carbon (soot) and tropospheric ozone (ground-level smog). Cutting these two conventional air pollutants can cut the rate of warming in half for the next several decades, and in the vulnerable Arctic by two-thirds, while saving millions of lives a year and protecting crops and forests.

Neither of these air pollutants are addressed in the Paris Agreement, and both are essential for keeping "well below 2C," or even 1.5C.

Laurence Tubiana is a true hero of French diplomacy, along with Laurent Fabius and Segolene Royal. The French were flawless and gracious as hosts. They had the good fortune to follow the successful trust-building effort of COP20, led by Manual Pulgar-Vidal. Moroccan Environment Minister Hakima El Haite is sure to follow this success in Marrakech at COP 22.

President Obama deserves the MVP award or perhaps the Legion of Honor for bringing his passion for climate protection to the head of state level in China, India, Brazil, and other countries. Secretary John Kerry and Special Climate Envoy Todd Stern also were outstanding, and Secretary Ernest Moniz and Administrator Gina McCarthy further strengthened the US team.

And Christiana Figures is irreplaceable!