If almost half of the United States were below sea level, like the Netherlands, we might take climate change a lot more seriously. As far as the Dutch are concerned the verdict is in. The North Sea level may rise three feet in the next 80 years, so NOW is the time to prepare if they are to survive. Instead of hiding their collective heads in the sand, (on which the lowlands of the Netherlands are built) the Dutch have embraced the challenges not only in the creation of innovative solutions in for climate-proof living but for educating the inventors and builders of this future.

Rotterdam harbor, in the heart of the Dutch Delta where the Rhine and Meuse Rivers merge and join the sea, is one of the great seaports of the world and a gateway for shipping for all of Europe. But in the eighties shipping suddenly suffered a downturn so the port became blighted. In 2004, development companies began a new project to redevelop the area. Several technical universities needed space for a new campus, so why not build a campus here? Why not design it specifically for students in the technical studies related to industries connected to the innovation mandated by the challenges of climate change? The result: Rotterdam Research, Design & Manufacturing Campus or RDM Campus. It is a school like none other.

The campus focal point is a building that is a far cry from the traditional ivy-covered neoclassic university building. The "Innovation Dock" with 248,000 square feet of floor space and a ceiling three stories high was once a factory for building ships. About a third of the space is for labs where students learn skills appropriate for civil, mechanical, automotive and electrical engineering, industrial product design, building technology, architecture and urban design. The remaining space is for research and development for companies that use the students, along with their own professional employees, as design teams for solving real problems. In effect, RDM is like the guilds and apprenticeship systems of old where the masters and young people worked together. The difference at RDM is that instead of preserving the old trades and products, they are inventing new ones.

We invested a lot in new equipment and we aim to work here on real-life projects with real companies... The students see the results of their work around the city. It is very empowering for them. And the students helped design and build their own housing on campus using sustainable designs. 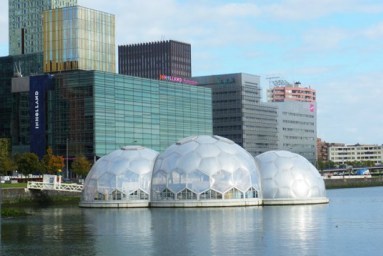 Since RDM opened for students in 2007, the output has been amazing. The Dutch have been experimenting with floating environments and last summer, the Floating Pavilion, designed and built partially by students, made its debut in the Rotterdam harbor. It is heated and air-conditioned with solar power, totally self-sustainable and will host events and exhibits for the next two years. Eventually similar structures will enclose housing, shopping and recreational areas. 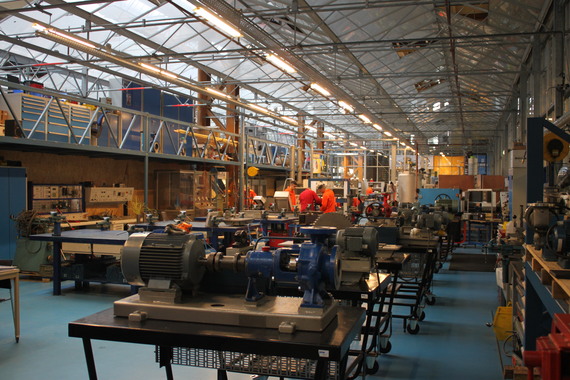 Students designed and built a machine to stress test new materials for cables in partnership with a cable manufacturing company. They are working on experimental electric cars and bikes. They have designed and built a machine that compensates for waves so that the rocking of a boat or an oil rig disappears and you feel as if you're on solid ground. If people on oil rigs don't need their "sea legs" it is a terrific safety factor. 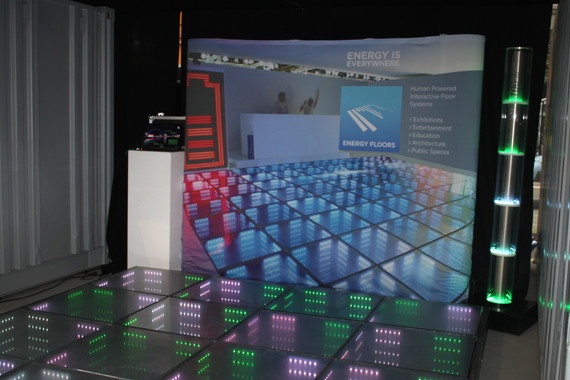 But the idea that really grabbed me was the "sustainable dance floor." Imagine a dance floor that converts the energy of the pounding feet into electricity that lights up the club. Then imagine finding "green" energy city sidewalks that can convert foot traffic into electricity. 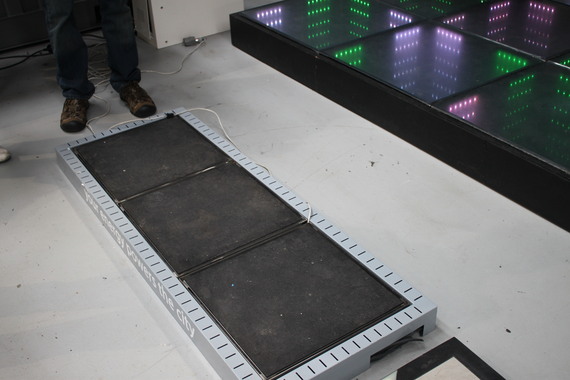 Are the Dutch ideas contagious? Can this kind of innovative system work here? Next week Brooklyn's Pratt Institute is coming to the Netherlands. We shall see.