Climate change skeptics would have you believe that global warming is an abstract theory, a dispute between scientists with differing interpretations of computer models, temperature data and ice measurements. So when the conversation turns to real people facing real hardship on the frontlines of climate change, it's no surprise that they redirect the conversation back to the abstract.

Take a look at the 171 arguments of climate skeptics compiled by Skeptical Science. You can count on the number of fingers it takes to make a peace sign the arguments about the immediate directly observable impacts of climate change (and one of these is about polar bears).

Today is World Food Day, a perfect moment to reflect on what the very real impacts of climate change mean for those who suffer from hunger and malnutrition. It comes at a time when millions of people are struggling to survive in East Africa where the worst drought in 60 years is devastating millions of lives and livelihoods.

Those on the frontlines are convinced that climate change is responsible.

As UN Humanitarian Relief Coordinator, Valerie Amos, says, "We have to take the impact of climate change more seriously... Everything I've heard has said that we used to have drought every 10 years, then it became every five years and now it's every two years."

A 2009 report by the World Food Programme, which describes itself as the world's largest humanitarian agency fighting hunger, explains:

Think about it. 24 million additional kids -- that's roughly equivalent to a third of US children.

But it's not just a question of changing climate and weather patterns; it's also about the resilience of communities to withstand such changes. As Rajiv Shah, the administrator of the US Agency for International Development (USAID) explained to the Huffington Post in July, "There's no question that hotter and drier growing conditions in sub-Saharan Africa have reduced the resiliency of these communities. Absolutely the change in climate has contributed to this problem, without question."

On that front, it's not all bad news. Investments in community resilience projects show a promising way forward. See for example the success of the Morulem irrigation project in Kenya originally funded by World Vision more than 10 years ago.

If you've ever looked at the labels identifying the origin of the food on the shelves of your local supermarket (grapes from Chile, apple juice from China, rice from Thailand) you'll know that the global food supply system is complex. In a warming world there will be winners and losers across a range of factors. Higher temperatures and more CO2 in the atmosphere may lead to higher crop yields in some parts of the world, and lower in others. But in an increasingly interconnected world other factors will be equally important and the net result doesn't bode well. 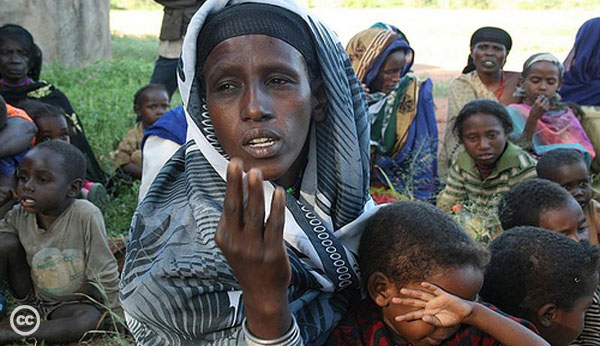 Consider these three for example:

1) There is increasing competition for arable land: A new report by Oxfam International shows that foreign investors are grabbing up land in developing countries at an alarming pace. These land deals are often designed to provide food for international trade or biofuels, at the expense of local food production. Quite apart from the morally dubious implication that we are stealing food from the mouths of babes, let's not forget the riots which erupted in Egypt, Bangladesh and Haiti in 2008 when food prices reached their all-time high. The global security implications are obvious, especially considering that vulnerable communities will increasingly be hit by other impacts from climate change as well.

2) Price of food: Earlier this year, the World Bank announced that food prices had risen by 36% since 2010, on par with the peak reached in 2008. According to the report, "The recent food price volatility is in the context of several other factors that have driven prices higher over the past year. These drivers include: (i) severe weather events in key grain exporters such as the Russian Federation, Kazakhstan, Canada, Australia, and Argentina in the second half of 2010; (ii) the broadbased increase in agricultural commodity prices in 2010, which increased the competition for land and other inputs; and (iii) the link between higher oil prices and biofuels."

3) Water for irrigation: The UN Food and Agriculture Organization (FAO) has warned that water for agricultural purposes will become increasingly scarce due to climate change. Increased drought, the loss of glaciers, reduced snowmelt, and salt water intrusion into aquifers as a result of sea level rise will all have an impact on food production.

So as you sit down to dinner tonight, please spare a thought for where that food came from, and a blessing for those who produced it. 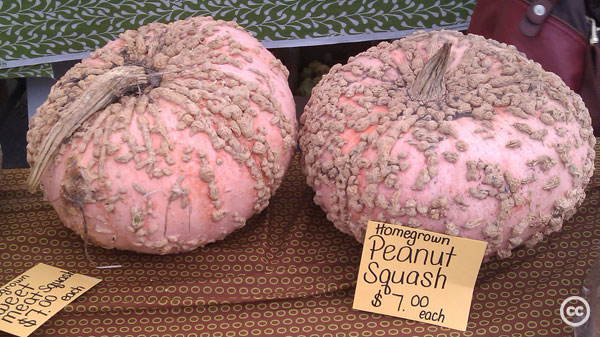