We are Jewish folks who joined more than a thousand others in getting ourselves arrested in front of the White House this past summer protesting the Keystone XL Pipeline. Some of us are rabbis; many of us wore kippot that day; all of us did what we did because it felt, among other things, like a mitzvah.

Before the project was delayed last month, the pipeline would have carried crude oil from the Canadian tar sands across 1,700 miles and six states. The extraction of tar sands oil generates more heat-trapping climate pollution than other oil. Climate scientist James Hansen has said that fully exploiting the tar sands would essentially spell "game over" for our climate.

It would have been nice for us to know -- as our Catholic, Methodist, Quaker, United Church of Christ, and Unitarian Universalist sisters and brothers knew -- that our larger religious community supported our stand. But on the Keystone XL Pipeline, the major Jewish organizations were mostly silent.

Only the American Jewish Committee spoke out -- in support of the pipeline as "a crucial step in strengthening U.S. energy security."

We dispute the AJC's argument outright, because the pipeline's oil was destined for export anyway; because putting this expensive tar sands oil on the market would not reduce the flow of profits to Middle Eastern oil producers; because tar sands oil only deepens the United States' addiction to oil, the vast majority of which will continue to come from elsewhere; and because tapping Canadian oil with a particularly harsh carbon footprint that drives more extreme climate change will, in a generation or two, actually create greater insecurity for both the U.S. and for Israel.

But we have a bigger question: Is climate change the sort of issue where the best, first concern our people can raise is whether it's good for the Jews?

The heat-trapping greenhouse gases released by our burning of fossil fuels has already raised the global average temperature 1.4 degrees over the past 150 years, causing stronger storms, devastating droughts and outbreaks of disease all over the world. And the temperature is going up faster and faster. Scientists are clear that the concentrations of carbon dioxide in our atmosphere cannot stay long above 350 parts per million for life on Earth to proceed as we have known it; we're already up near 400, and rising.

Every single Jewish soul is a human being who lives on Earth, and who depends for sustenance on rains in the right season and the continued bounty of the land. The Torah itself and our Jewish calendar are rooted in Middle Eastern agricultural seasons which would be permanently disrupted by climate change. The modern State of Israel is located on Earth, where its people continue to depend on a stable and life-giving climate -- and where projections suggest longer droughts, and more regional insecurity, in the near future.

Jewish people, like all people, hope for our children and grandchildren to live on Earth, in a world that is not more characterized by flooding, hunger, or suffering than the one we inherited from our parents.

We are people who affirm that anyone who saves a single life saves a whole world, and already, the World Health Organization estimates that 300,000 people around the world are dying from effects of climate change every year, most of them in developing countries.

And what of the one-third of all species of plants and animals that may not adapt fast enough to a warming climate? What kind of Shabbat could our people celebrate in commemoration of God's creation of the world, if our weeks are spent witnessing the extinction of huge swaths of that Creation?

We are heartened that our protest, joining a chorus of many caring people, succeeded in scuttling the Keystone XL pipeline -- for now. But the struggle -- to stop this project, to halt tar sands development, and above all, to address the climate crisis -- continues.

In this critical moment, confronting irreparable damage to the only Earth any of us have ever known, it's high time for Jewish leaders to stop wondering which climate-polluting projects may be in some short-term Jewish interest.

Climate change hurts everyone human, today and in the future. Who are we, if we are not able to say, in one voice, that that couldn't possibly be good for the Jews? 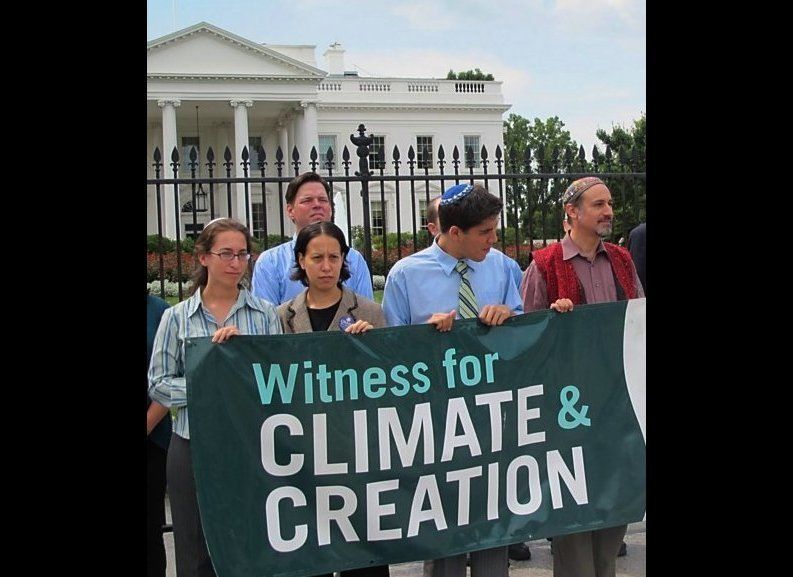