Modern society takes many things for granted. Food, for instance, appears on the shelves of our stores, keeping them fully stocked. Runs on Walmart stores due to a computer glitch or interruptions by major storms aside, we expect the food we eat to both be there the next day, the next week, and the next month, and be sustainable as well.

But what if it's not sustainable? What if today's food production can't keep up with global population growth?

Mechanized farming has carried society into this century regarding food production. Today, GPS spatial-technology and big data analytics are now optimizing farming even further, but with genetically engineered crops and the overuse of fertilizers and chemicals to fight pests and disease there has been a backlash.

Yet none of the above tools represent a quantum leap in food production. Outbreaks of disease sprout up periodically, while farming runoff has created oxygen-depleted dead zones around coastal deltas, and over-farming has stripped nutrients out of the soil.

A quantum leap in food production, while keeping the soil nutrient-rich, will be critical to our future survival, as the global population will grow to 9 billion by 2050 and perhaps 12 billion by 2100. A 2008 Pew Study estimates the U.S. residential population will explode from 330 million today to 438 million by middle of this century. With more than 50 percent of the world's population living in urban cities -- we crossed that threshold last year -- expected to surge to 75 percent in the next generation, where will the next sea change come from?

Can technology development in our space program contribute to the answer?

The zero gravity (aka microgravity) environment of the International Space Station now seems to hold some of those answers in low earth orbit.

The solution is right out of a sci-fi novel. And yet it's not. Add a sprinkling of Darwin at the speed of light and we take a major step closer understanding this quantum change.

The concept of Zero Gravity Solutions, Inc., discovered on NASA missions to the space station, is about taking seeds of plants and cultures petri dishes, put them in zero gravity, stress them under the polar opposite environment that they are used to -- a tropical plant on earth in a cold climate in space -- and watch Darwin's theory on evolution take root at blinding speed.

Genes that have long been dormant for tens of millions of years, suddenly, when stressed in a zero gravity environment, awaken nature's 'survival of the fittest.'

By awakening dozens of dormant genes in fruit, plant, vegetable, and cultured cells, Zero Gravity Solutions' technology accelerates gene expression in evolution at warp speed. In short, they are leveraging Darwin's process of natural selection. Once those latent genes have revealed themselves, they are brought back down to earth, literally, planted in the soil and grow in ways that their earth-bound counterparts could only dream of. 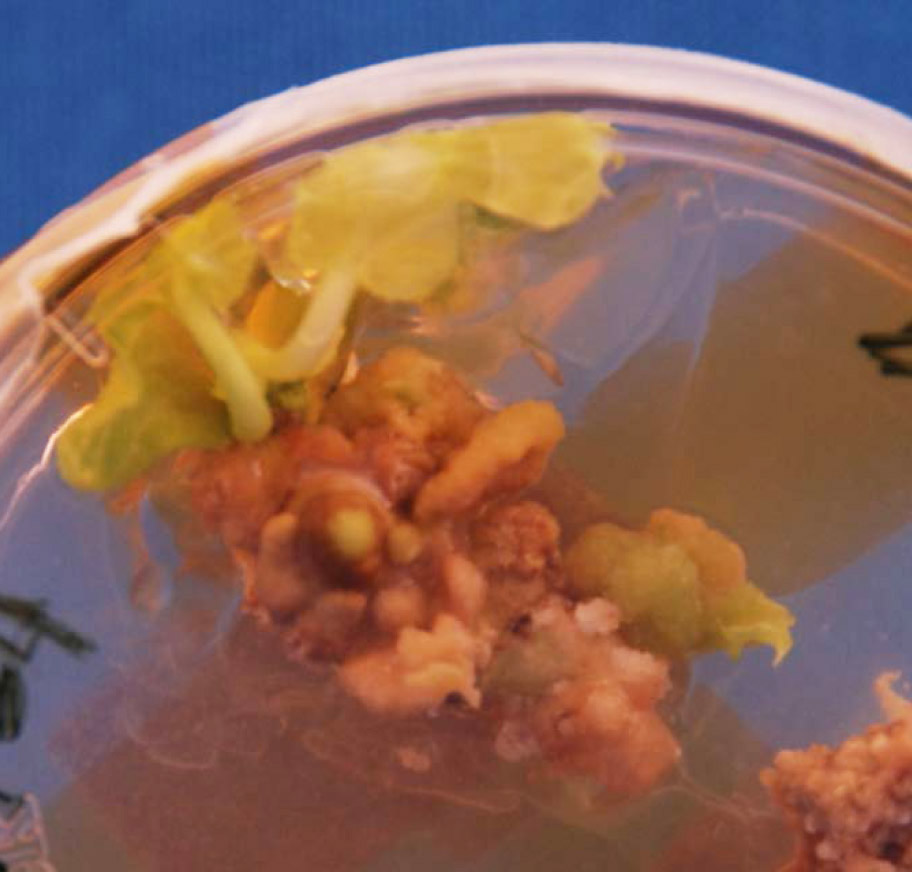 Bananas are under the threat of extinction. Can corn yields keep up with population growth that is a mere generation away from testing our capacity to provide? And what about the micronutrients that get stripped out of soil, how will they be replenished?

"Bio Available Minerals, Formula X (BAM-FX) is a disruptive platform technology developed by Zero Gravity's cofounder John Wayne Kennedy that has far reaching applications both for NASA human space missions, as well as for agricultural purposes here on earth. This proprietary technology was designed to boost the nutritional value and enhance the immune system of food crops by enabling those crops to systemically uptake specific, targeted minerals and nutrients without the use of Genetic Modification."

There is also an opportunity to conduct stem cell research at zero gravity. How would human stem cell cultures grow in space?

After hearing their pitch to investors, I caught up with Godwin and Kaye, and asked them what model they developed.

"We are using a 'Silk Road' model," Richard Godwin said. "We really can't manufacture a car in space and bring it down to earth. So like the Silk Road, which used caravans to transport spices that greatly enhanced foods, we can take a cylinder of seeds or cultures and fly them up to the International Space Station and have nature modify those genes in zero gravity."

The personable and scientific Godwin paused, and added, "With private space flight there are now eighteen trips up to the space station and eighteen trips down each year."

Harvey Kaye, who was retired (short-lived) from years of working in the executive suite at environmental and bio-waste companies, as well as banking and capital markets, flashed a broad smile. But it was the sparkle in his eyes that belied his age. He had the look of a young entrepreneur. But the Silk Road model needed a business model on how to commercialize the technology. That is where Mr. Kaye came into the venture.

"Coming from a background with companies related to the environment, I had a deep understanding of the problems we are going to face this century," Kaye said. "From a banker's perspective we had to create a business out of it with return on investment. I call it a businessman's perspective. It took me five to six months to develop a reoccurring revenue model that would make Zero Gravity profitable, while continue doing additional research as industry multinationals fund product development in return for licensing the patents."

Then Kaye added, "The days of ten years of research are over. We needed to build off the business model and execute a revenue plan that will change agriculture, as we know it for the better. When the planet reaches nine billion people, the threats to our food supply and the decline of resources will be that much more pronounced."

I turned to Richard Godwin, and asked, "When did the light turn on for you that there was a potentially big commercial value for the Zero Gravity Solutions?

"When I was introduced to John Wayne Kennedy by Gwynne Shotwell, while working on DragonLab," Mr. Godwin said.

DragonLab is the lab within the International Space Station that hovers in low earth orbit in zero gravity. 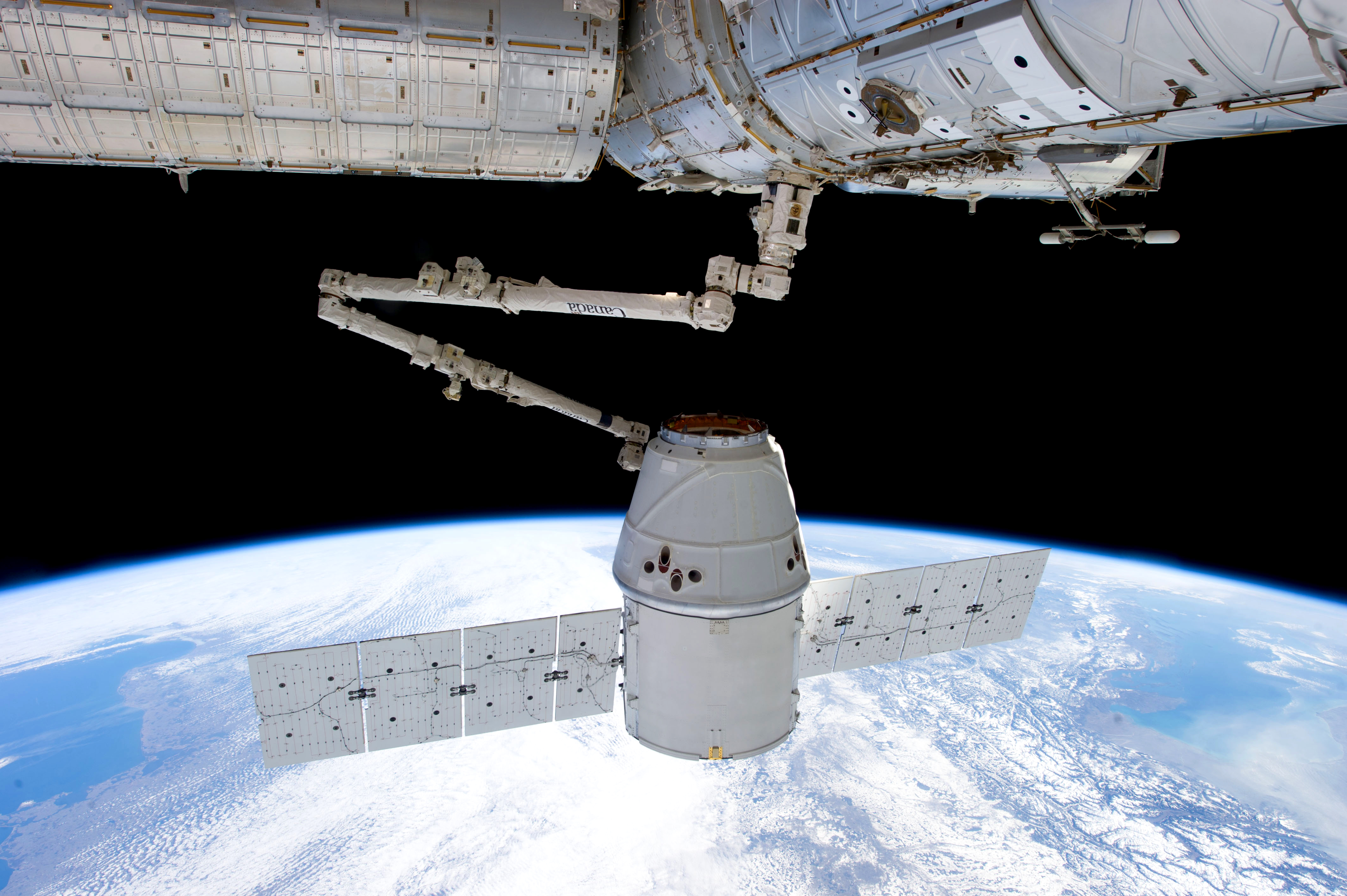 "What other potential uses might there be for zero gravity products beyond food?" I asked.

"Human regenerative developments, protein crystal for the pharmaceutical industry," he said, noting Schering Plough developed a new Hepatitis-C vaccine on the Columbia Shuttle. "Then there are new materials science and new alloys, such as nitrogen-foamed titanium. Or mixing oil and water type alloys, with one that doesn't float to the top. And there are combustion technologies (more efficient) and new vaccines being developed in microgravity by Arizona State University, and using crystallography to learn what osteoporosis is."

From Harvey Kaye's blog, How do We Feed 9 Billion People, he and Richard Godwin believe their company, which has acquired a half dozen space lab patents derived from six NASA-enabled missions to space stations, is "seeking answers to humanity's greatest threat to survival."

That includes depletion of micronutrients in the soil; the impact on the use of chemical fertilizers, creating water pollution and dead zones; the destruction of the microorganisms and microbacteria in the soil; as well as the decline in the nutritional value of crops that are becoming more susceptible to disease.

"Zero Gravity Solutions' Chief Science Officer and Founder, John Wayne Kennedy, has been aware of these issues and has utilized his more than 40 years of experience at the USDA and his work with NASA/ISS Space Programs to develop certain proprietary technologies that hold the potential to create significantly more nutritious food which is expected to be disease-resistant, without the use of chemicals and is non-GMO."

To this author, their technology is amazing in that I have longed gazed at the stars and other planets for answers, while some nations today are looking at the asteroid and comet belts in our solar systems to mine them of resources, when perhaps the answer to our sustainability problems might reside in low earth orbit.

If that's the case, there will be more flights to the International Space Station.