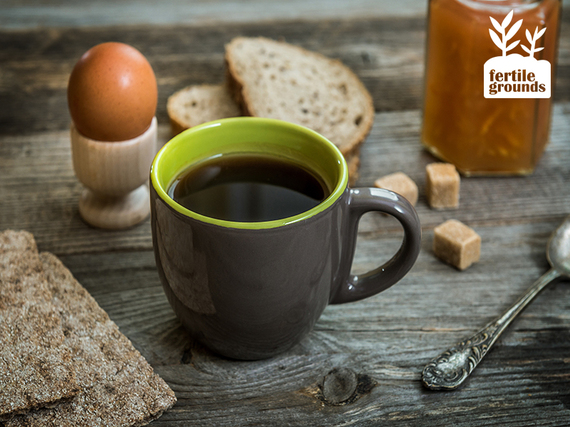 I don't want this blog to be totally depresso (adj; sadness resulting from lack of coffee), but climate change is making coffee farming more difficult than ever. I help run a Rainforest Alliance-certified coffee farm in Costa Rica, where coffee plants have been plagued by a nasty, newly arrived fungus, and last year, torrential summer rains cut our yield in half. This is hard not only for farmers, thousands of whom have left the business, but also for workers, whose income depends in part on how big the harvest is. This year we're battling drought, and for the first time ever, we had to irrigate our newly planted seedlings. 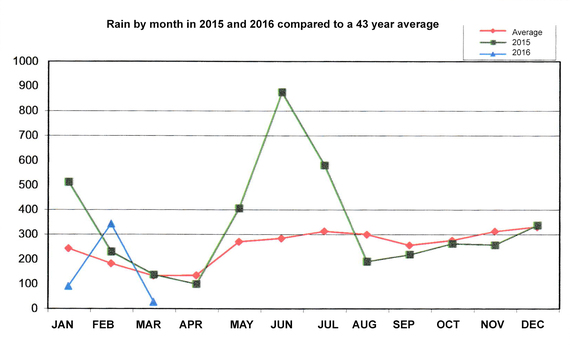 Coffee is a notoriously finicky plant and a prime example of how climate change is affecting agriculture. But it's not the only crop that's been harmed. Warmer temperatures, more frequent droughts and heat waves and changing rainfall patterns affect just about everything that grows. Many foods and beverages that are part of our daily lives, morning, noon and night, are feeling the heat.

Breakfast staples are particularly hard-hit by climate change. A 2013 study predicted that Brazil, the world's largest coffee producer, could see a 25 percent drop in Arabica coffee production by 2050. One strategy coffee farmers might use to keep production up--although years of low prices are hurting efforts to adapt--is to shift from the popular Arabica beans to new beans that fare better in the warmer conditions. This could make your morning brew taste worse (or at least different).

Another breakfast favorite, maple syrup, is also under pressure. Sugar maples, the iconic trees of Canada and New England, are showing signs of stress as the climate changes. Average winter temperatures in New England have been increasing by about one degree Fahrenheit every decade since 1970. New research suggests that the syrup tapping season, which relies on a window of mild spring days and cold spring nights to make the sap run, is growing shorter, and that the sap of the sugar maple is becoming less sweet. 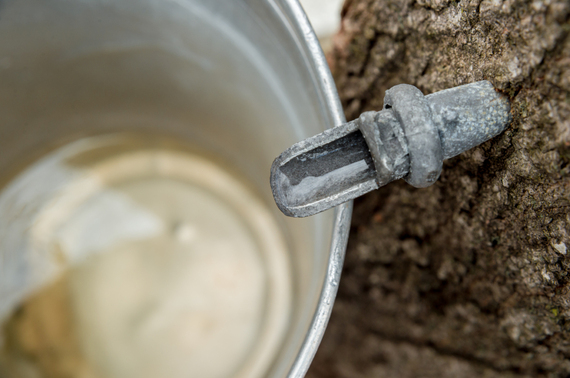 A 2014 Oxfam study reported that the price of common breakfast cereals could increase by 30 percent over the next 15 years. That could come to pass if more frequent heat waves and droughts, hallmarks of a changing climate, affect the production of staple grains like corn, rice and wheat. Changes in wheat production put your lunchtime sandwich at risk, too. A University of Kansas study found that global wheat production could drop by 6 percent for every 1.8 degrees Fahrenheit the temperature rises.

And the apple in your lunchbox? Around the world, apple trees are blooming earlier and temperatures are slightly higher while the fruit is growing on the trees. A Japanese study from 2013 found that Fuji apples are becoming less firm and their sweet-sour balance is changing.

Maybe we should discuss this over a glass of wine. In France, better wines tend to be made from grapes grown in years when hotter temperatures lead to early harvests. And over the past 10 years, according to a recent study, the harvest date has moved up by about 10 days. Some say that should be good for winemakers. 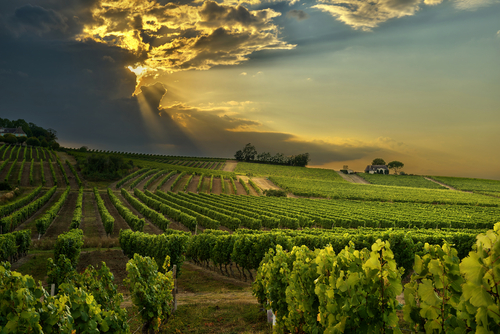 The amount of land suitable for wine production could drop 25% by 2050. (Shutterstock)

But the bigger picture is far more complicated. Heat is only good up to a point. In 2003, extreme heat led growers to harvest several weeks earlier than usual, and wines of this vintage are generally not highly rated. In drier wine-growing areas, such as California and Australia, where vineyards rely on irrigation, prolonged droughts could pose serious problems. By 2050, according to researchers in California, major wine-growing regions worldwide could see at least a 25 percent drop in the amount of land suitable for production.

Suppose you're more of a meat-and-potatoes kind of person. While climate change could affect meat by driving up prices for animal feed or affecting the growth of livestock, the bigger story is how meat affects climate. A big steak dinner is generally not a climate-friendly meal. Per unit of protein, beef is responsible for about 20 times more climate pollution than plant-based proteins, such as lentils and beans. Worldwide, raising livestock is responsible for about 14 percent of all climate pollution.

Changing the way we raise livestock would reduce the climate impacts of eating meat. But eating less meat, as well as more sustainably raised meat, is not only better for your health, it's also one of the simplest, most powerful things an individual can do to help put the brakes on climate change.

It might not always be apparent at the grocery store checkout, but climate change is having an impact on the food we eat. Farmers see the changes afoot--in rainfall, pest outbreaks and harvest timing--and are making critical decisions in order to stay in business. Consumers have critical decisions to make, too. As much as climate change affects what's on our plates, what's on our plates affects the climate. Understanding the true cost of the food we eat--and choosing a more sustainable, plant-based diet--will help curb global warming and hasten the shift to a healthier, cleaner system of food production.

(The Earthjustice blog series Fertile Grounds examines the challenges and opportunities in ensuring access to healthy, sustainable and affordable food for all.)