HONG KONG -- The world recently agreed to a new climate framework, and opinions flooded in immediately. Views crossed the spectrum from Jeffrey Sachs, who called Paris "an act of true global cooperation of historic significance," to James Hansen, who decried the lack of a carbon tax and deemed the agreement little more than "worthless words."

Both are right. The Paris framework is mostly a set of non-binding pledges and promises. But the agreement is still an important step forward: for the first time, the countries of the world have agreed that we have dug ourselves into a deep hole. Where they faltered is providing a clear path to get out of it. The usual pinning of hopes on technological or financial innovation -- central elements of climate negotiations -- is not a plan; how financing or technology transfers would actually solve the problem is unclear. What technologies would be transferred? Who would receive financial aid and how would it be used?

The unfortunate truth is that talking about solutions with any specificity would violate many of the assumptions that underlie climate talks. We are thus stuck with vague hopes rather than real policies; we must challenge these "myths" if we are to address the existential threat of climate change. More importantly, they are a distraction from a deeper economic issue: our reliance on consumption and carbon-driven, no-limits growth.

Myth 1: We can firmly connect global action on emissions to a temperature rise target.

Much time was spent arguing between capping warming at 2 degrees or 1.5 degrees, mostly to appease small island states. However, the climate system has far too many variables to draw a clean mathematical relationship between emissions, sinks and warming. Even the IPCC admitted in its 2013 assessment that its stated carbon budget of 550 gigatons of CO2 only had a 50 percent chance of limiting warming to 1.5 degrees.

Myth 2: Resolving climate change is ultimately a question of money.

The promise of $100 billion per year was hailed as a major breakthrough, but we must be clear on what the money is for. Helping poor countries adapt to climate change is worthwhile, but this is justified by humanitarian and justice concerns and not by reduced emissions. The fact is that a dollar spent reforming the Chinese, Indian -- or, for that matter, the American -- economy to use less energy would have far greater effect on global emissions than a dollar spent helping a small poor country buy solar panels.

Larger countries -- developed and developing -- remain conveniently distracted by old models of what states need to do. The $100 billion pledge is dwarfed by the $5.3 trillion in energy subsidies across the globe, as the International Monetary Fund calculated. Or look at military spending: India is the world's largest importer of arms and China is the globe's second biggest military spender. Funneling a good part of this money towards climate change mitigation would have a far greater social effect than buying a new battleship. After all, the larger long-term threat to security is a climate war. 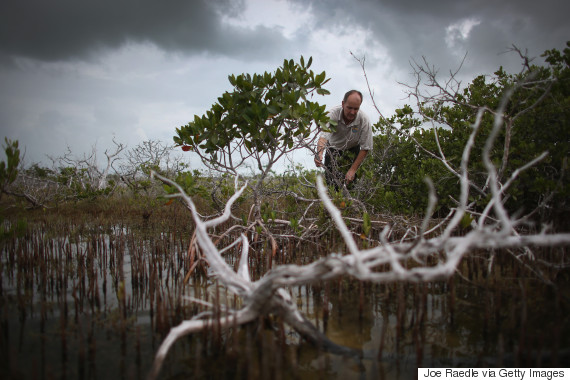 Despite what many hope, it is not clear what technology the developed world has to offer. China and India already know how to build more efficient power plants, transportation systems and buildings. Indonesia's challenge is less about technology and more about improving its resource and land management and preventing forest fires. Rich countries may eventually invent a new technology that radically changes how we use energy, but this hope is no replacement for a real policy like a carbon tax.

Myth 4: The world can decouple economic growth from the use of fossil fuels.

As ideal as decoupling would be, this is unattainable without radical new technology or nuclear energy (which is usually off the table). How are we supposed to provide electricity for the billions of people who still lack access to reliable energy -- a basic right -- without using carbon? The International Energy Agency predicts that over 75 percent of the world's energy in 2040 will still be provided by fossil fuels. A radical shift to renewables is not feasible in the short-term, given that the rate of renewable energy production per unit of area is significantly smaller than with fossil fuels.

The one sure way to realistically "decarbonize" the economy is to set policies that directly reduce emissions and take carbon out of the atmosphere. These will impinge on the types of economic growth we take for granted, and also lead to hard policy questions: What should governments support in spite of their use of carbon, and what consumption must be restricted to help "pay" for that? Is it more important to produce electricity for millions of poor, or to allow private car ownership with cheap gasoline? 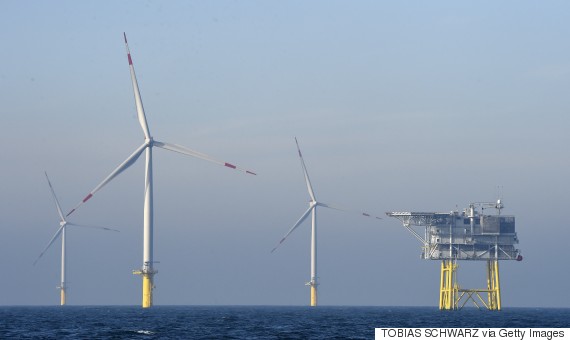 So long as we understand economic growth as our only indicator of prosperity, the world will never have a specific plan to reduce emissions. Creating a different indicator -- one that is not reliant on a free ride on carbon -- is the challenge that the developing world must meet. The answer is not in promised but often under-delivered handouts from richer countries.

Some may argue that the rejection of these myths is unrealistic, dangerous or unfair. But consider this: Is it more realistic for the world to stop using fossil fuels entirely within a few decades or for it to divert much of the $1.8 trillion spent on arms towards fighting the climate war? Admittedly, both are tough calls, but the world must be bolder if it is to make Paris a success.

Denial is not an option when faced with the existential threat of climate change. Asking the question, "What must the limits to growth be if we are to avert climate catastrophe?" can no longer be considered outrageous, as it has been for far too long.